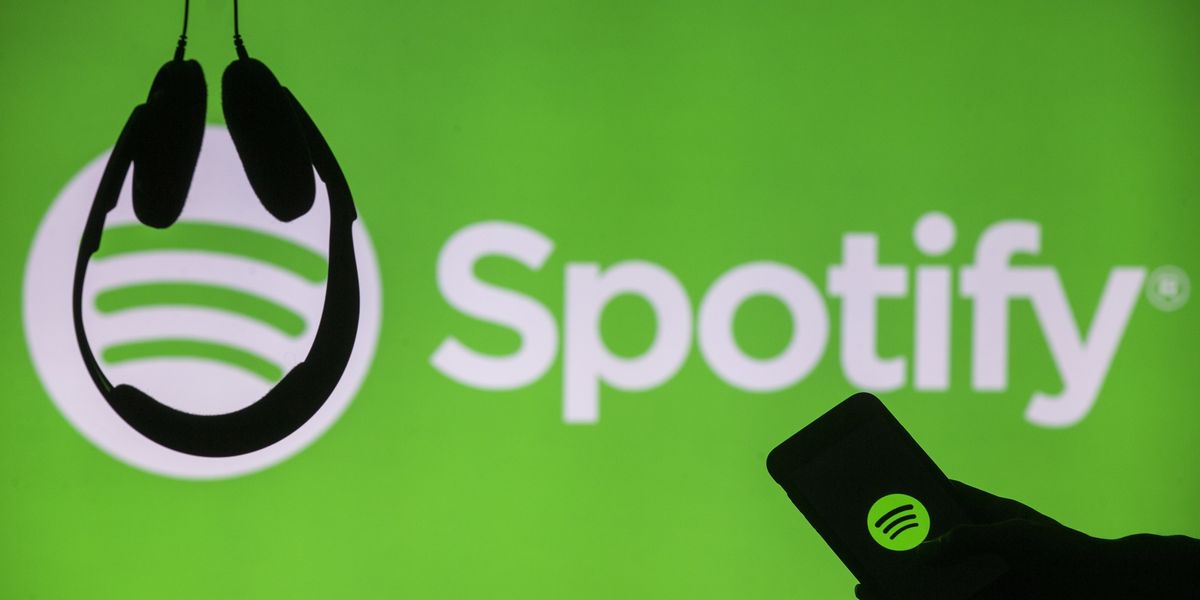 If you recall, back in May, before Surviving R. Kelly and #MuteRKelly began to make headlines, Spotify pulled R. Kelly and XXXTentacion's music from playlists as a part of a new "hate content and hateful conduct" policy. However, they walked back the decision after facing backlash from both users and other artists, including Kendrick Lamar.

Perhaps unsurprisingly, now that A-list celebrities are being praised for denouncing R. Kelly (and Sony and RCA Records have officially cut ties with him), the streaming giant has changed its tune. Spotify is making a second pass at finding an ethical way for streaming services to handle problematic artists, with a new feature that allows users to "mute" any artist they choose.

According to Billboard, the feature allows users to block any artist's songs from playing on personal or Spotify-made playlists, as well as on charts, the radio and their personal libraries. The feature can be turned on in the "options" drop-down bar available artist's page. Now where you'd click "follow," you can also select "don't play this artist."

The feature can't yet pick up on a muted artist's features on other artist's songs. It's also currently only available on the mobile app, and has yet to be rolled out for web player or the desktop application.

Spotify's decision is the latest evidence of the powerful impact of Surviving R. Kelly, and the preceding #MuteRKelly social media campaign — the latter of which explicitly outlined the removal of Kelly's music from streaming services including Spotify, Pandora, Tidal and Apple Music as a goal.

Back in May, Pandora and Apple Music also discontinued active promotion R. Kelly, pulling his music from playlists, but have yet to announce updated policies.

The Mute R. Kelly campaign praised Spotify's announcement on social media, but maintained that their ultimate goal is to have R. Kelly dropped from streaming services altogether: "this is cute and all, Spotify, but we still want his music completely removed. No more profiting off the sexual abuse of black women!"

Official MuteRKelly Movement on Instagram: “"The introduction of the feature follows the #MuteRKelly campaign. Which called for RCA Records, #Spotify, #Pandora, and #AppleMusic to all…”

The "mute" feature is a less contentious choice for Spotify than removing artists from playlists, reflecting the school of thought that every person ought to decide for themselves what they can tolerate from the artists whose music they consume.

However, many weren't satisfied with with Spotify's more-militant initial policy of removing R. Kelly from promoted playlists completely, especially after it was reported that this policy was making negligible impact on his actual streaming numbers (although XXXTentacion's streaming numbers did suffer). Many, like the Mute R. Kelly campaign, hope to see sexual abusers to stop making a profit altogether.