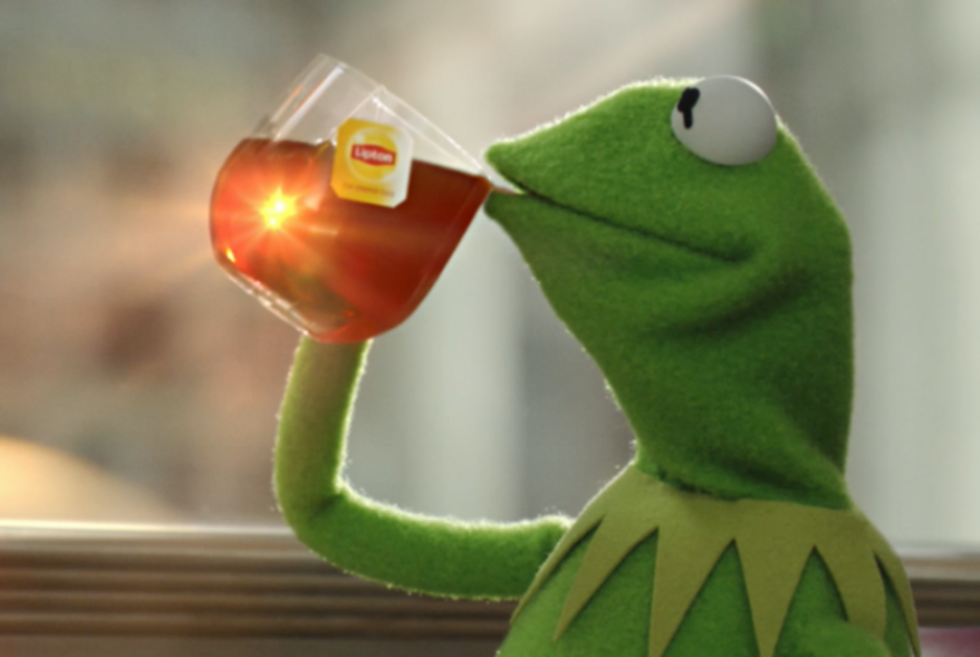 Spilling the Tea on The Craziest Moments From Last Night's Empire

by Eric Thurm
PAPERMAG
After last week's cameo-filled Empire season premiere, it was hard to think of a way that the second episode could come close for sheer insanity (I mean, Don Lemon? Al Sharpton?). Instead, this episode focuses primarily on snappy turns of phrase, insults, and introducing totally insane premises to the world that surrounds the Lyon family. Let's run through a few of the best bits.
5. "Snitch Bitch"
That's right, the song Lucious records in prison and gets out to the world to be the hottest thing on the radio -- featuring Petey Pablo and a dude who looks like Jason Sudeikis -- is the fifth craziest thing that happened on the show last night.
4. Ludacris the Prison Guard
Terence Howard continues getting all the good guest stars, as Ludacris replaces Chris Rock as "famous dude named Chris who antagonizes Lucious in prison." This time, Ludacris plays a prison guard who does his best to stop Lucious from dropping fire new Empire tracks from prison, because he's a dick or something. If you're going to get someone to play an annoying, kinda cliche prison guard, you might as well get the best (or, at least, the most noteworthy, since Ludacris is not a very good actor).
3. Thurston the Thirsty Lawyer
Played by The Wire's Andre Royo, Lucious' new lawyer looks like a great addition to the Empire supporting cast. He's got hustle, appeals to certain parts of Lucious' nature, and has that great, Andre Royo charm. Also, his name is Thurston, a.k.a. Thirsty, a.k.a. Thirsty the Lawyer, because God loves us.
2. "Dynasty... that's a dope name."
When Cookie tries to find a name for the new label she's starting with Hakeem (and Andre, for a hot second), she -- naturally -- uses the name of the show that Empire is not-so-subtly based on/influenced by. It's exactly the kind of winking boldness/insanity that often makes the show so much fun. But that's not even the craziest, most groan-slash-laugh-slash-clap moment from last night's episode, because...
1. Spilling the Tea
GUYS. GUYS. There's literally a talk show in the world of Empire called Spilling the Tea, because why wouldn't you do that? The only thing that stops this from being perfect is the fact that the Muppets belong to ABC, so there's no way Kermit could make his rightful cameo.
You May Also Like
Famous People