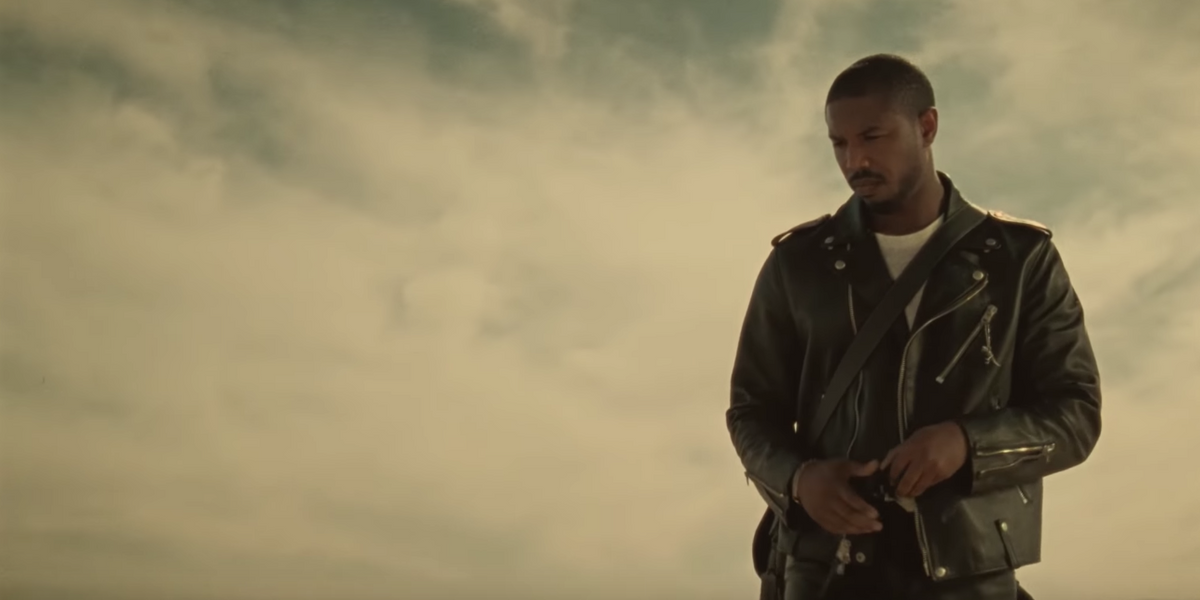 Fresh off of winning his first Academy Award along with inspiring a number of memes in his honor, Spike Lee is following up on his huge accomplishment with a new short film for Coach. In the stunning clip starring actor, producer, and certified babe, Michael B. Jordan, the actor is seen riding his motorcycle through the desert, stopping at the sight of some worrisome rocks.

In the film, called Words Matter, the global face (and body) of Coach menswear chucks away the rocks engraved with words like "Hatred," "Evil," "Bigotry," and "Lies." The Black Panther actor then does a bit of exploring to find better rocks to replace them — ones that read "Courage," "Truth," "Love," and "Dream." In a match made in heaven, Jordan and Lee's mission to bring light to injustice and advocate for the marginalized is a sentiment that Coach stands for fully.

The campaign 's resonant message of inclusion pairs well with the lessons behind Lee's thought-provoking films. "Spike's art has moved the cultural dial for decades," Jordan said in a press release. "I'm proud of the powerful messaging of this film and to be working alongside a brand that cares about putting that narrative into the world as much as I do."

The project was a family affair, too. With the help of Spike Lee's children, Satchel, and Jackson Lee, the film was written and shot in what Lee describes as a "truly a Magical Day working, shooting in the Desert." As the first video in a series of testimonials from artist Whisbe, Nets player Spencer Dinwiddie and Satchel and Jackson Lee, among others, the initiative is just the start of a longer conversation to be had. The brand's friends and supporters will share their thoughts on why words matter, and inspire others to post the same.

Watch the Spike Lee Joint, below.