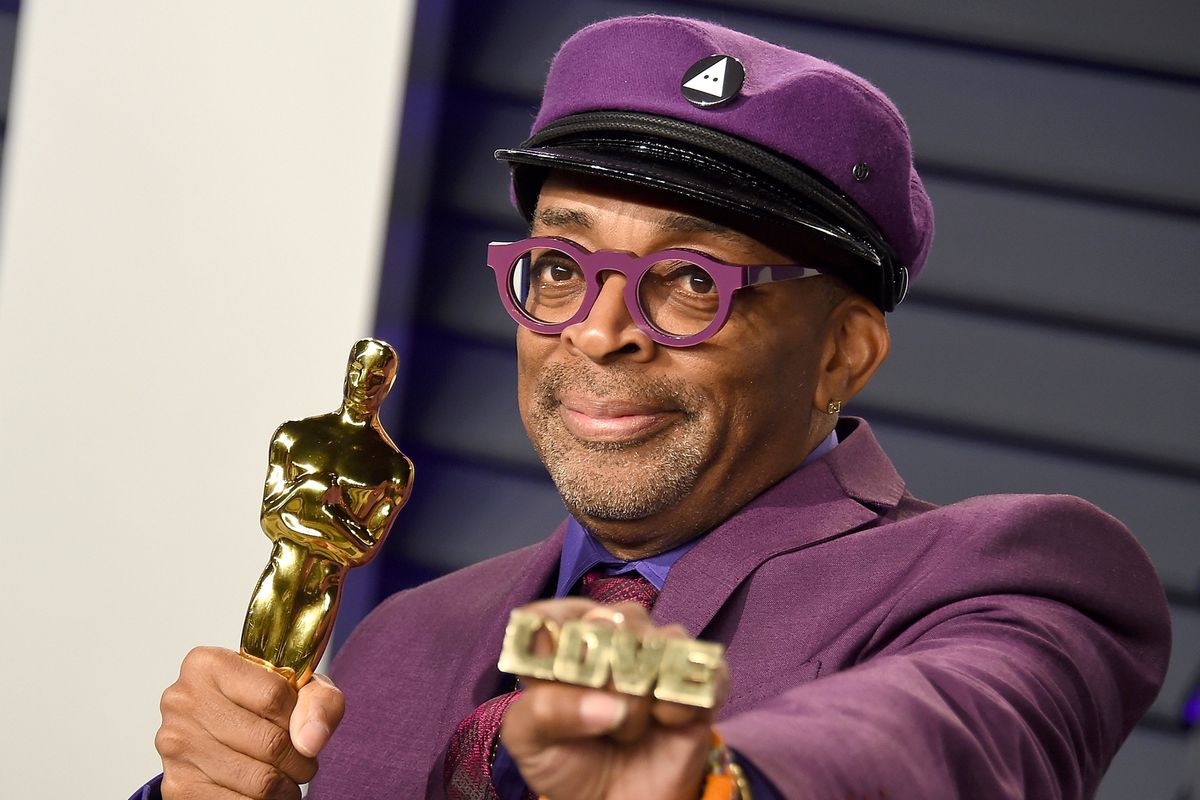 His acceptance speech was definitely a highlight, during which he leapt gleefully into Samuel L. Jackson's arms, read a stirring account of the sacrifices of his ancestors and American slavery, and encouraged viewers to "do the right thing" come the 2020 presidential election.

But we were also so very here for a.) Lee's purple suit and corresponding Prince necklace, and b.) Lee's lack of poker face throughout the night. In a room of 100 people playing the game, it only takes one to keep it real to reflect what the rest of us at home are thinking.

When Ryan Seacrest, who didn't notice that Prince necklace (???), asked Lee about his Best Director nod, Lee said, "Want me to be honest? It should've happened before." All the yes.

My perpetual confidence goal is Spike Lee telling Ryan Seacrest, re: his Best Director nom - "It should have happened before." #Oscars
— Elizabeth Traynor (@Elizabeth Traynor)1551051685.0

When Awkwafina mentioned being star-struck by Lee during her otherwise funny routine, it unfortunately didn't quite land, with Lee's face basically becoming the linemouth emoji.

When Barbra Streisand, who presented the Best Picture nominees, shouted out their shared home borough of Brooklyn and mutual love of hats, Lee showed his hometown pride. She also said his movie was "real" and "horrifying," and that truth as found in BlacKkKlansman, is "especially precious these days." We couldn't agree more.

Perhaps one of the biggest reactions of Lee's came during the announcement of Best Picture, which BlacKkKlansman was also up for. The Oscar went to Green Book, a movie that, for whatever filmmaking proficiency it possesses, essentially promotes a tired white reconciliation fantasy in the vein of recent (and problematic) Oscar winning films like Crash, The Help, and The Blind Side. When Spike Lee attempted to storm out during the announcement, he was pretty much those of us in 2019 with taste who also know better. Doesn't help that BlacKkKlansman is the rightfully polarizing opposite of fantasy, so that's worth noting.

While happy about this Oscar win, when asked about Green Book after the show, the director sipped champagne in response — which, by the way, is the new "I don't know her." Lee, a longtime New York Knicks fan also said it was like a "bad call" at a Knicks game. Fair!