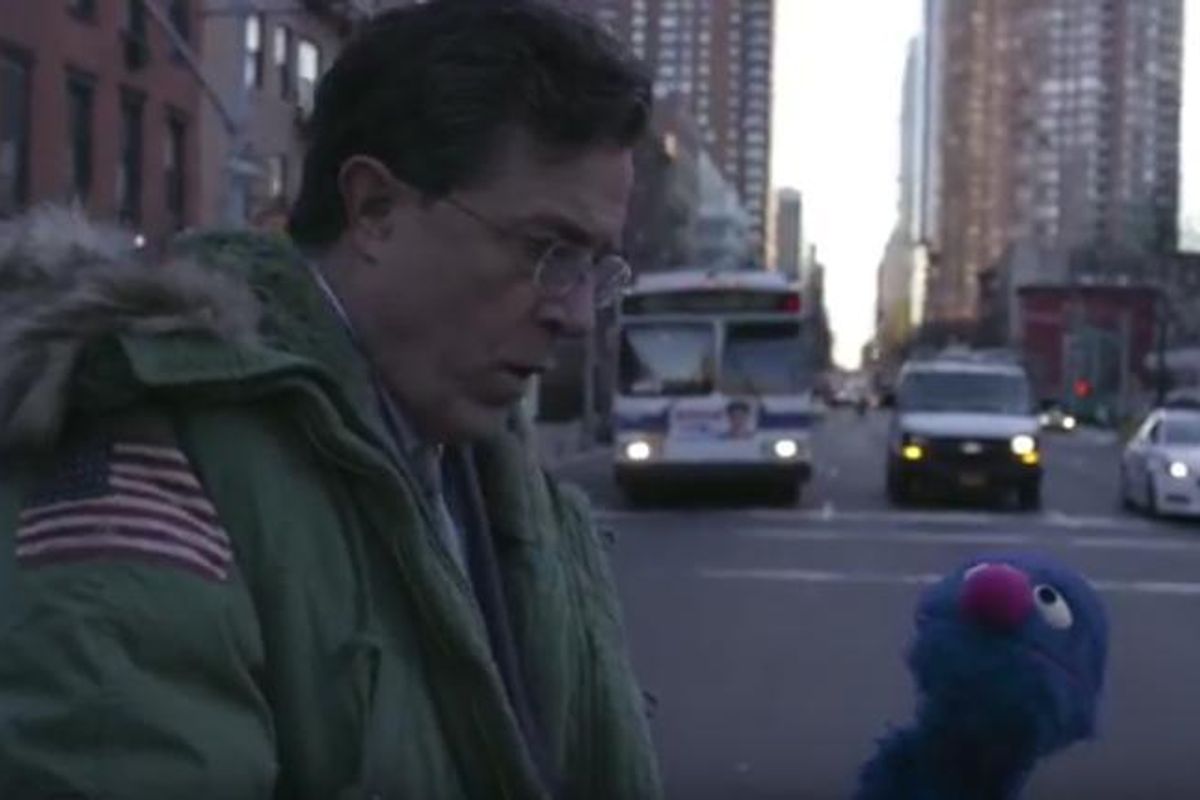 Academy Award winning filmmaker and amber sunlight through a rustling tree in human form, Spike Jonze, teamed up with Stephen Colbert to film an intro for The Late Show.

Jonze, who was a guest on last night's episode, brought out all his typical trademarks to create a weird, depressing, and ultimately moving short clip.

Waking up in Central Park, after losing touch with humanity?

Close-up with a faded horizon/faded humanity?