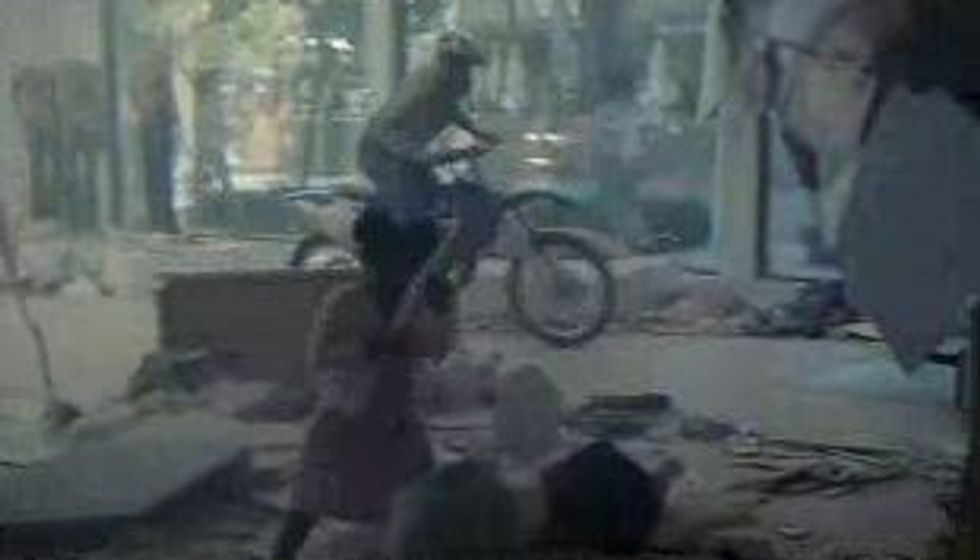 Who doesn't love Spike Jonze? Despite the critical acclaim of Being John Malkovitch and Adapatation, the hipper-than-thou director is really a master of the short form, whether it's music videos for artists like Bjork, REM, Beastie Boy Boys et al or more purely commercial work like his new ad for Gap. Gap, looking to change it's humorless image (Sarah Jessica! Madonna!), took the bold move of signing on Jonze for their new campaign "The All New Gap is Coming -- Pardon My Dust." Judging by this ad, they may actually mean it! Jonze is currently working on a film version of Maurice Sendak's classic children's tale "Where the Wild Things Are," including a documentary on the famously eccentric, reclusive and gay author.