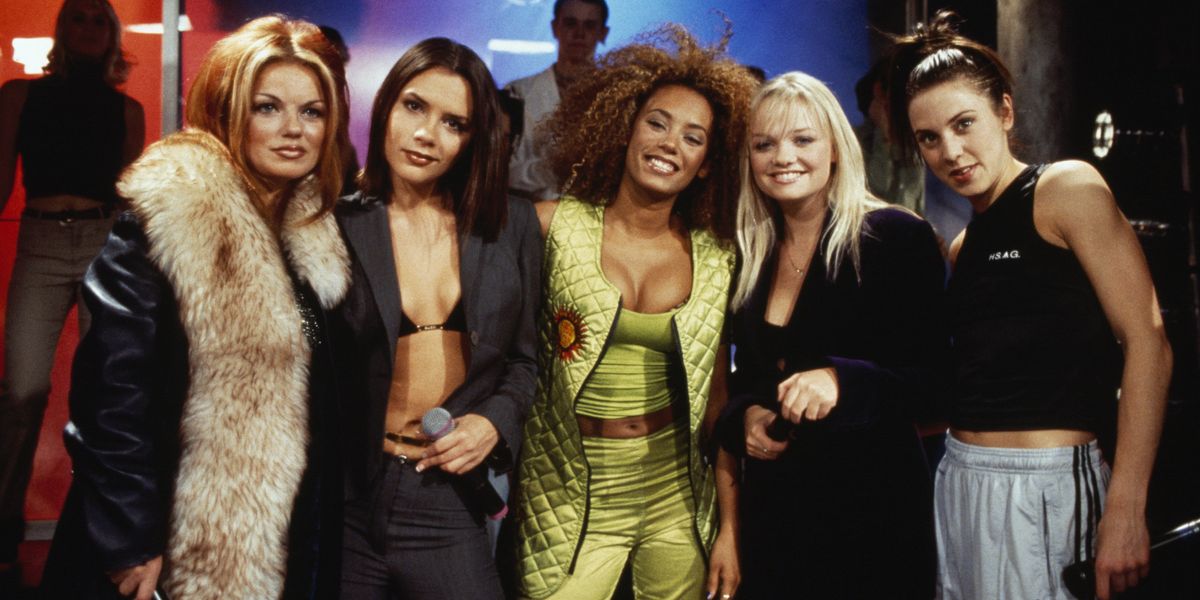 The Spice Girls Are Back — Even Posh, Kinda

Last year, Victoria Beckham broke hearts internationally by saying on This Morning, "I don't think I"ll be slipping into a PVC catsuit anytime soon." The comment was directed towards the rumors of a Spice Girls reunion, as reported by The Independent UK. Well we're only two months into 2018, and the music gods have answered our prayers: The Spice Girls ARE in-fact having a reunion for £10 million a-piece in London, and on the condition that Posh Spice doesn't have to sing.

And in case you've been living under a rock for the past 20 years, here's a little briefing on this legend of a musical group.

Founded in 1994 thanks to an ad in The Stage. "I came across an ad in a trade newspaper called The Stage looking for 'streetwise' girls to audition for a pop band," Geri Horner, a Spice Girls alumni wrote in Marie Claire in 2016. "I actually missed the first round of auditions because I was visiting my grandmother in Spain, but something told me to ring the managers behind the ad, Chris and Bob Herbert from Heart Management, to ask if they were still looking. They were." And after a tedious audition process, the world was blessed with the Spice Girls: Emma, Mel B, Melanie C, Victoria, and Geri.

Over the course of six years, they would give us hits like "Wannabe" and more importantly "girl power."

Walk into any party today, play "Wannabe," and I bet you half the room will start singing in union in conjunction with some choreography. Rarely do come-back acts and reunions gain this much media attention in 2018. The only example of this magnitude I can compare, is when the Backstreet Boys reunited last year.

But even then, this is the Spice Girls.

I don't know how they managed to convince Victoria Beckham, mastermind behind her luxe fashion line and wife to soccer-mogul David Beckham to come back, but they did. The question is, what will Victoria a.k.a Posh do during the reunion if she's not singing?

Who knows, and honestly nobody cares. They're back, and #girlpower is officially hot again.