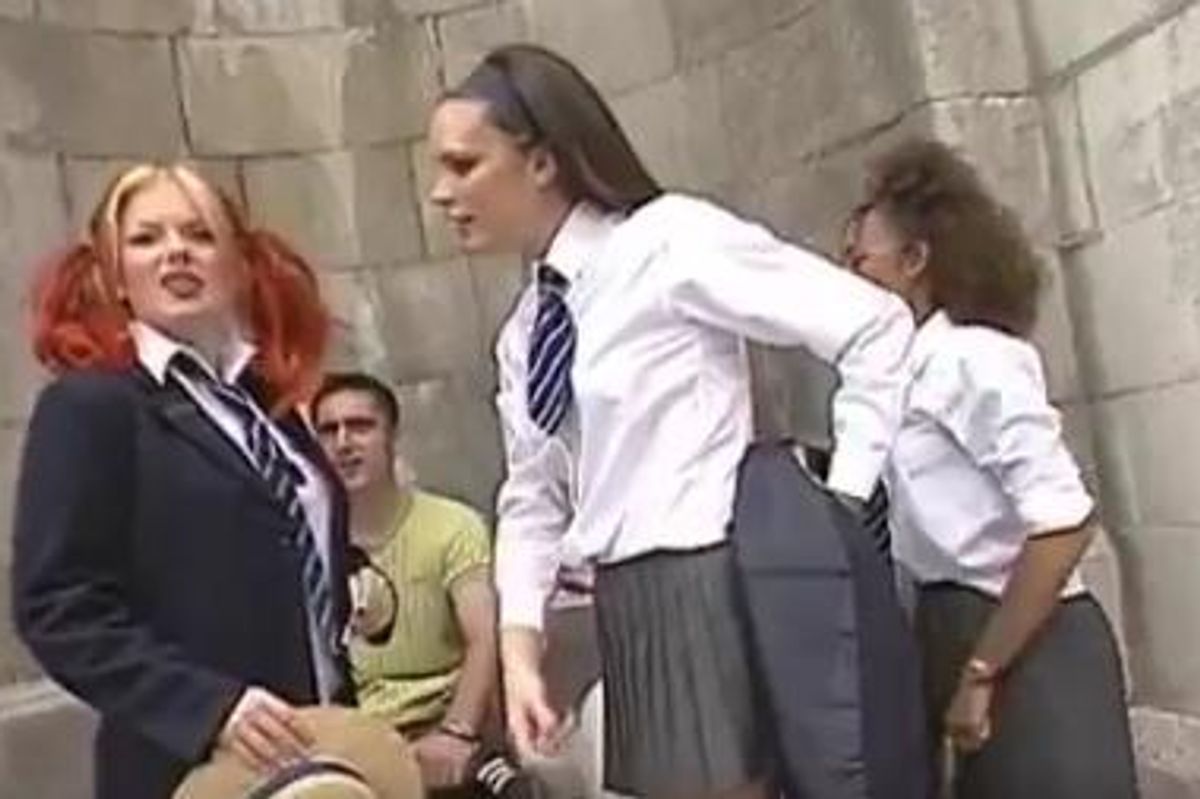 A video of the Spice Girls is currently circulating over Twitter, from behind the scenes of a 1997 Polaroid commercial featuring the iconic girl group at The Harrow School in the United Kingdom.

The BTS footage shows some of the ladies "Scary Spice" (Mel B), "Ginger Spice" (Geri Halliwell), and "Posh Spice" (Victoria Beckham" coming for the lecherous directors of the ad, for trying to up the sexy factor, and making the singers show off their cleavage and midriffs.

Mel B and Geri confront the sunglass-wearing producers, asking them why they had to bare so much chest and stomach in their school girl uniforms.

The Spice Girls dragging the makers of the Polaroid ad they were appearing in for trying to make them show their cleavage and midriff. pic.twitter.com/UBAvqIJ5Gq
— I DON'T KNOW HER (@I_Dont_Know_Her) November 14, 2016


"That's showbiz," one of the sleazy-looking producers says back.

"Chauvinistic pig!" Ginger replies. "That is such an easy cop-out."

Out of nowhere, Posh shows up, and completely drags them both for toolishly wearing sunglasses.

"It's not sunny, stop trying to look cool," Posh says, aptly correcting their fashion choices, before grabbing them off one of the bro's heads. She then goes on to try to pawn the pair she lifted for "One Quid."

Ginger then remarks that the men "Should know better" at their age, which, let's be real.