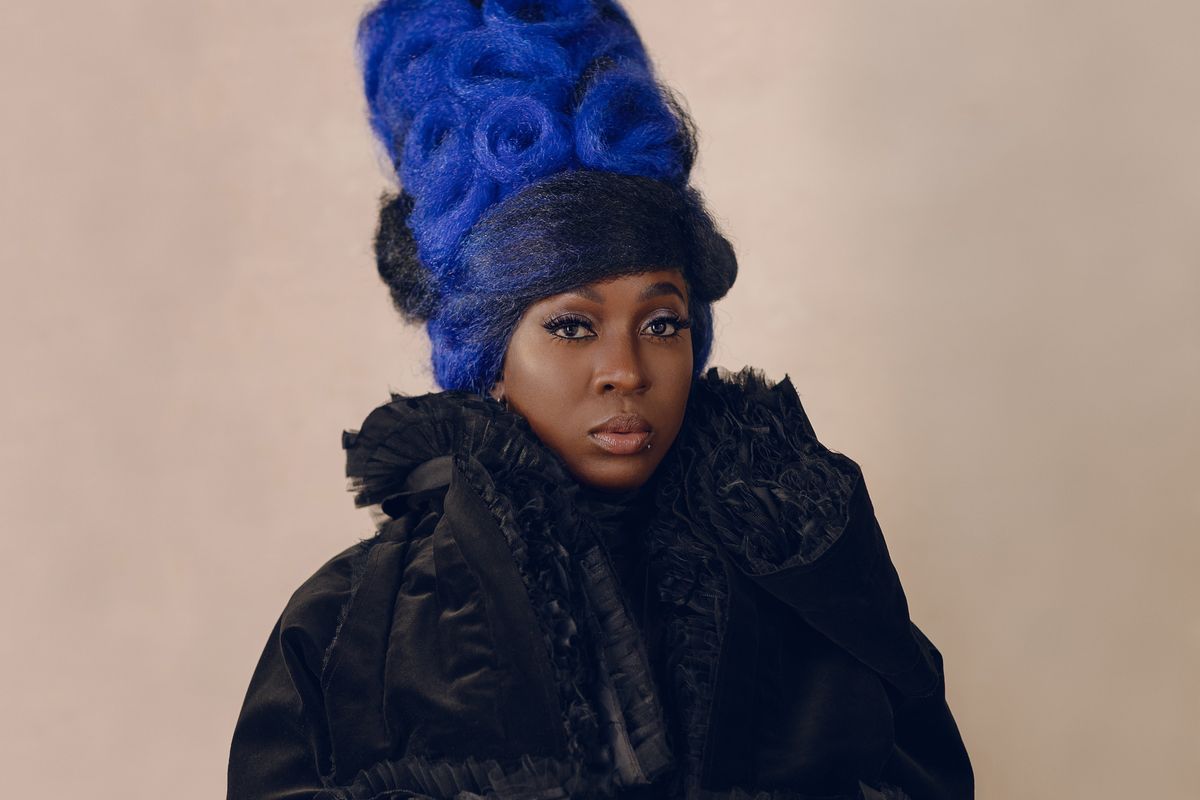 Dubbed the Queen of Dancehall, Grace Latoya Hamilton, the Jamaican-born star popularly known as Spice, is reframing the conversation around colorism.

This past fall, Spice left her fans — and the world — shook after posting a photo on Instagram flaunting notably lighter skin and suggesting that she had completely done away with her melanated hue. Captioning the photo "Nothing wrong with a fresh start," she led everyone to believe this was her new normal. Finally, after almost two weeks of speculation and ridicule, Spice admitted that she had trolled us all.

In a message to her fans and followers on Instagram, Spice explained that she had used makeup to temporarily transform herself because she wanted to address and create an emotional discourse around the pervasive problem of colorism in the Black community.

"When I posted my picture with a Eurocentric standard of beauty, I was trying to prove a point. They make you feel like you have to look that way to be called beautiful or to be considered a pretty girl," Spice tells us after wrapping our shoot.

Her look on set is a complete 180 from those shocking photos posted a few months ago; she's emanating black regal excellence, celebrating her skin color and heritage in photos inspired by vintage Afro-Caribbean portraiture. It's this strength and sense of self — reflected both on camera and off — that has allowed Spice to overcome many hurdles throughout her life. When asked if colorism has personally affected her or her career, she replies with an emphatic "YES!"

Spice elaborates on these experiences in her #1 hit single "Black Hypocrisy," whose debut she coordinated with her reveal about those photos. "I was told I would reach further/ If the color of mi skin was lighter," she sings on the track, a call to action for the Black community to combat this cultural prejudice. "It starts with us — with Black people," Spice stresses.

Shortly after dropping "Black Hypocrisy" as a single, Spice independently released Captured, a 19-track mixtape that hit #1 on the Billboard, UK iTunes and US iTunes Reggae charts. Spice emotionally describes how the title track is directed at her record company.

"I've been signed to VP Records for 10 years now and they've never released an album with me and I feel... captured. I don't understand why me — the new queen of dancehall, the woman who is on top of her game out of Jamaica and has knocked down so many doors as a Black woman — why they won't support and put out an album with me? All of this I am expressing in the 'Captured' song because I just want to be free."

As she continues to fight barriers both literal and metaphorical, she's forging ahead with new projects in 2019 that include filming a video to accompany "Captured," starring in the new season of Love and Hip-Hop: Atlanta and aiding women in business and educational endeavors through her organization, the Grace Hamilton Women's Empowerment Foundation (GHWEF).

"They make you feel like you have to look [European] to be called beautiful."

"I wanted to give women a second chance," says Spice. "And I believe that education and entrepreneurship is the key to a successful future."