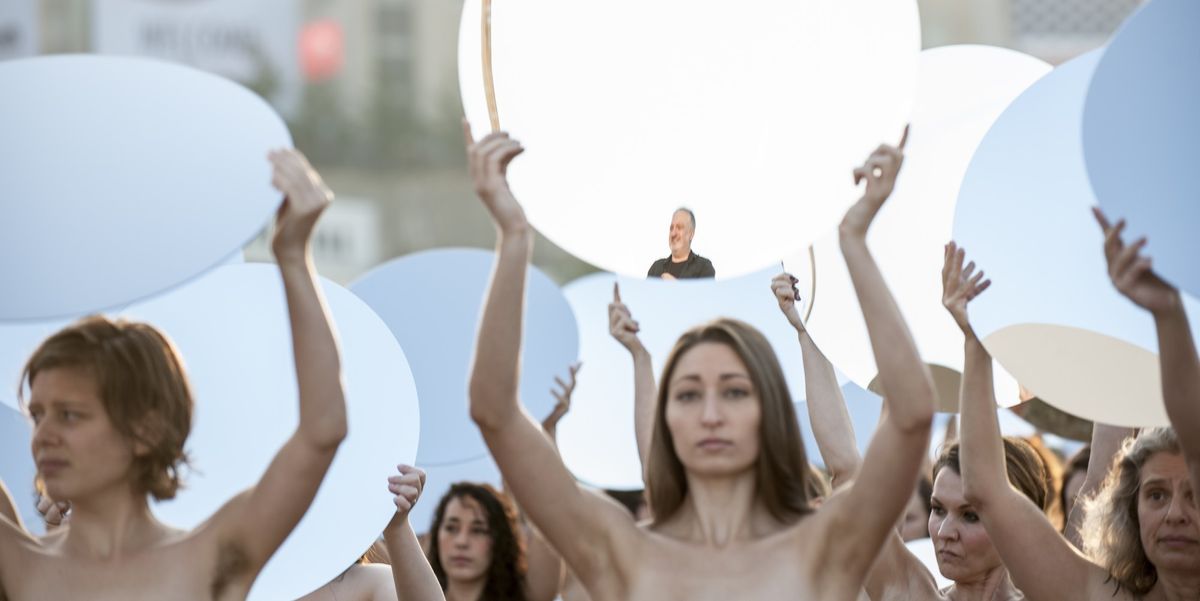 Spencer Tunick On His Nude Protest of the RNC

On Sunday, photographer Spencer Tunick--who we spoke to about his plans to protest Republican National Convention ahead of the event--successfully pulled off his planned peaceful protest. One hundred women gathered to be, as Tunick would say, "art warriors," standing nude and holding mirrors to reflect "their anger through art against the hateful repressive rhetoric of many in the Republican Party towards women and minorities"

PAPER caught up with Tunick in the aftermath of the event to talk about reactions to the nude protest, the possibility of arrest, and why this election will carry more weight than any other. Check out a slideshow documenting the protest photo shoot below.

Have you had any reactions from Republicans?

By email and social media posts I have been inundated with thousands of messages by the Republican Troll Army. I will be forever be hated by 50% of America. With that said, many of the women who signed up and posed were Republicans that were against Trump and the current Republican Party's repressive rhetoric and agenda against women, minorities and LGBT communities.

How did the shoot go?

It was exactly how I envisioned it. I wanted to start shooting when the sun rose above the convention center, reflecting the light and glare into my lens. I also needed the women to turn and shine the mirrors onto the convention center, heating it up and and disjointing the place, sort of jinxing the arena and their message for the convention. I feel like the women sent a powerful art message out there that they were going to go beyond their limits to show their frustration by making this collaborative artwork with me. 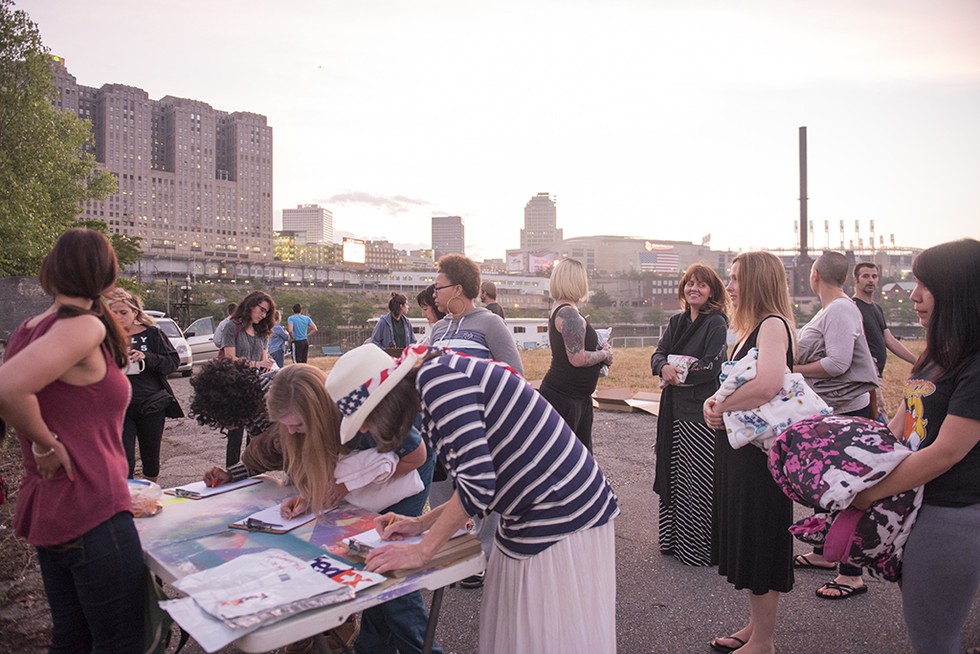 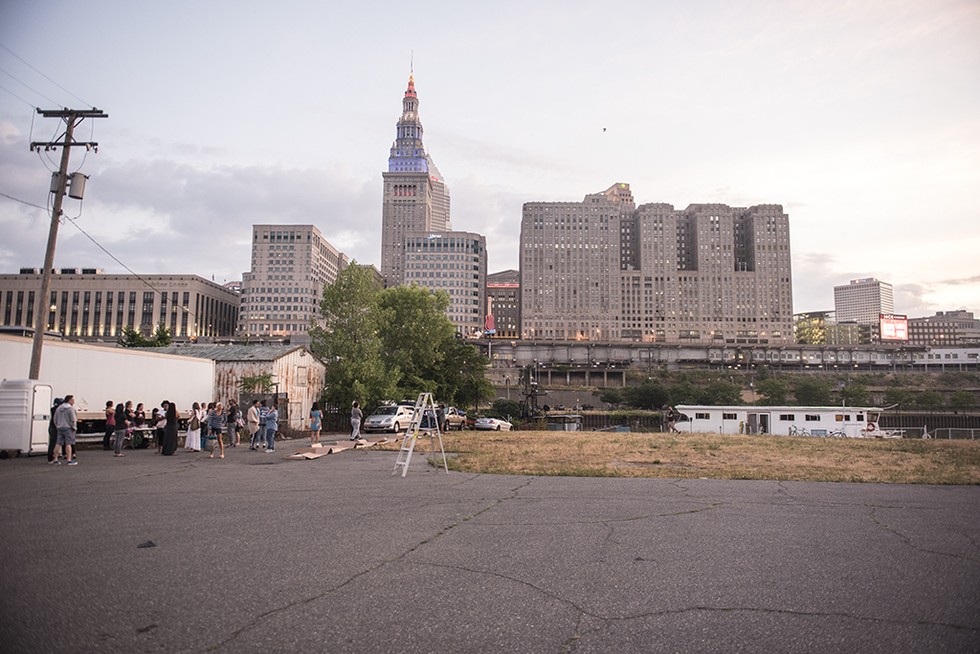 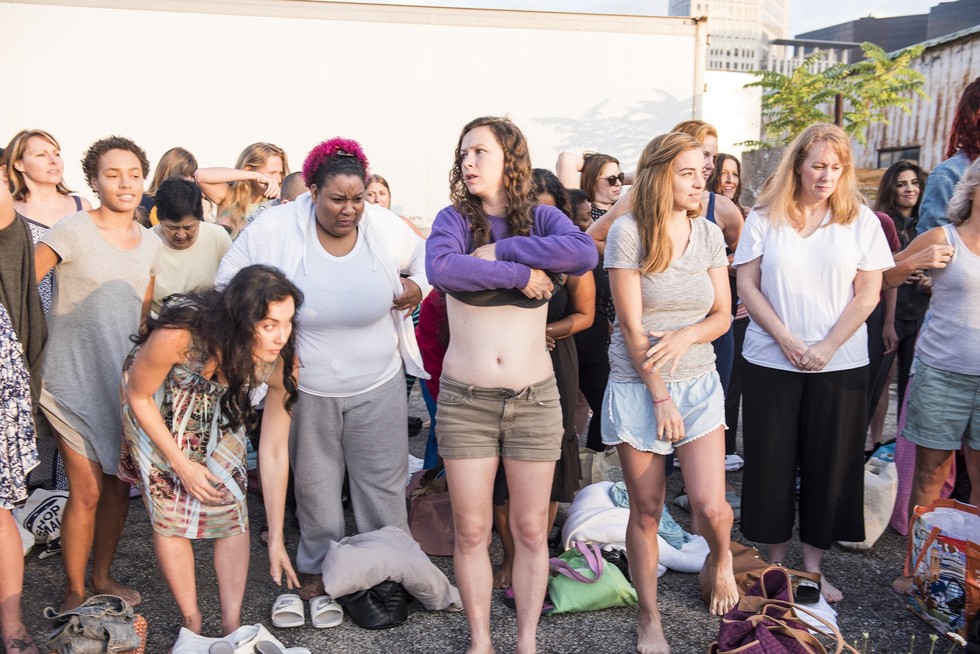 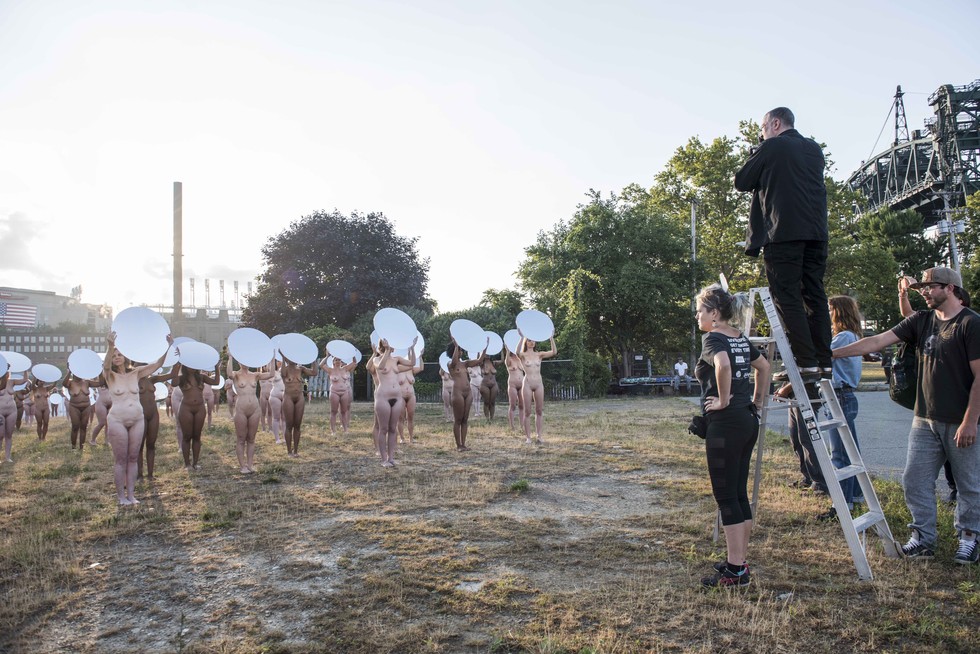 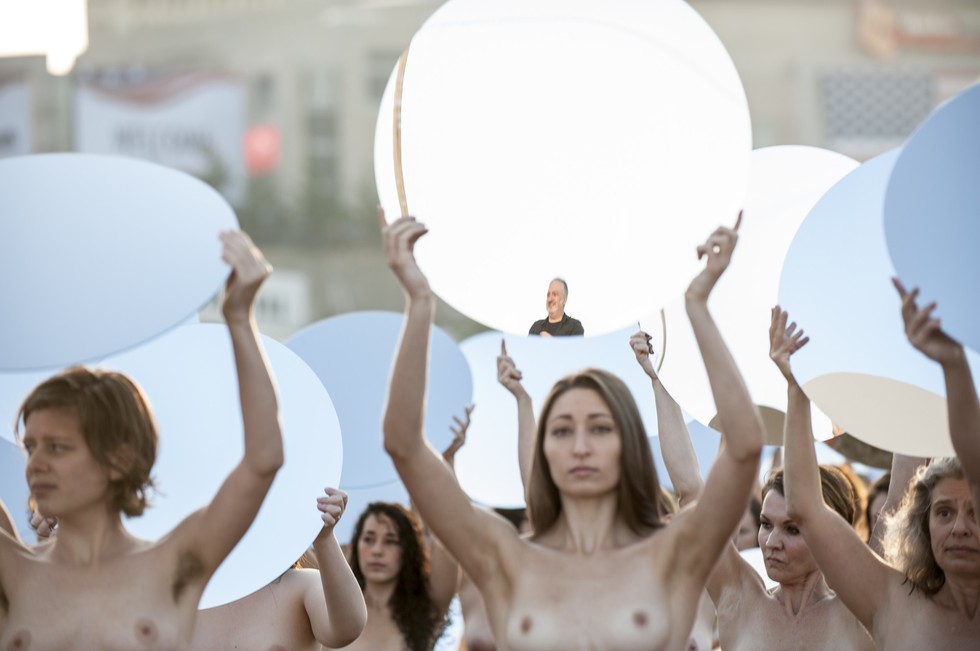 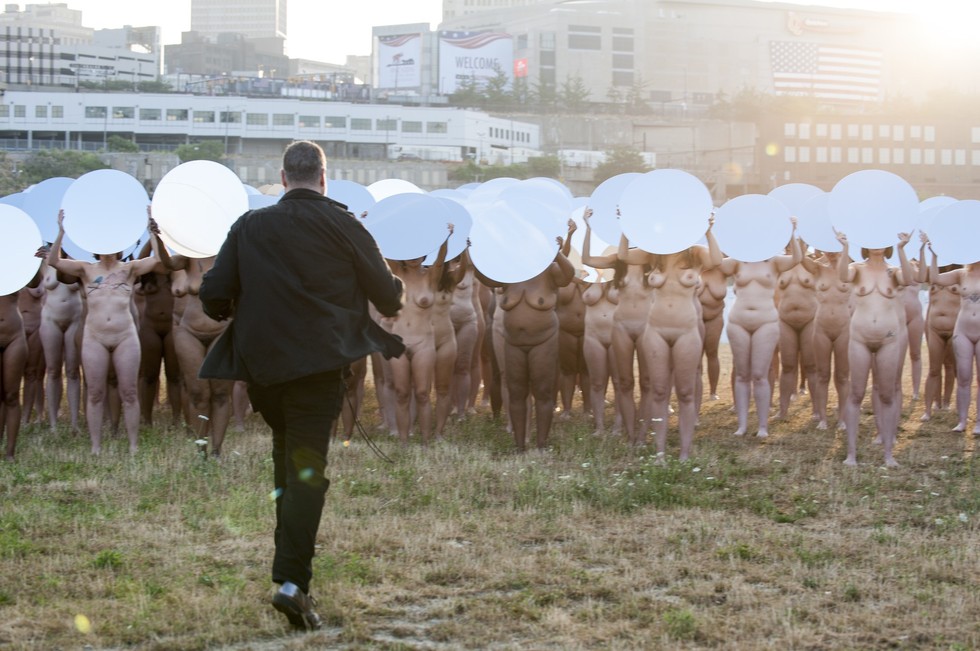 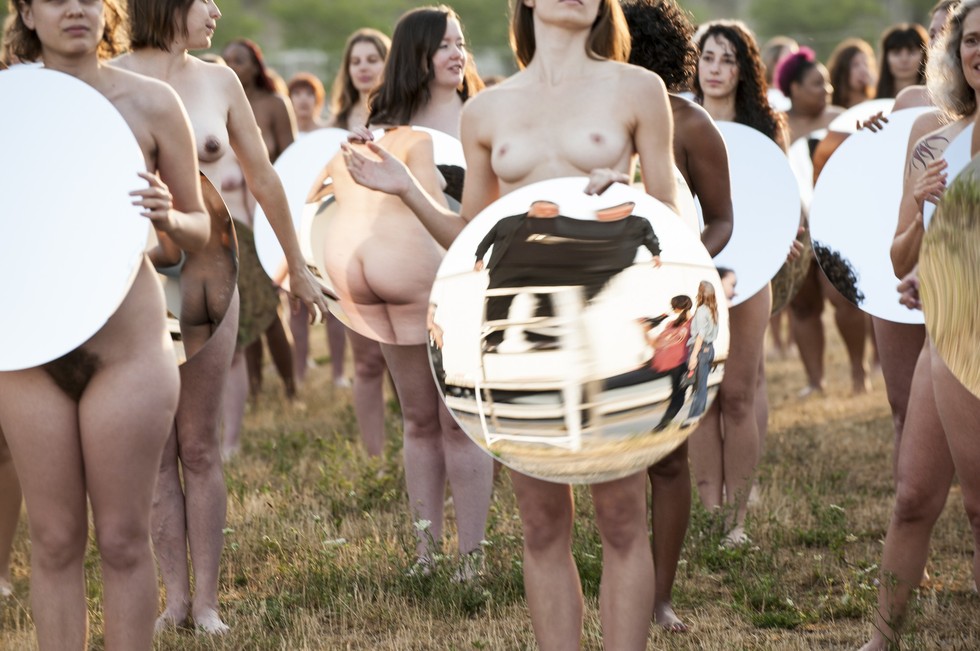 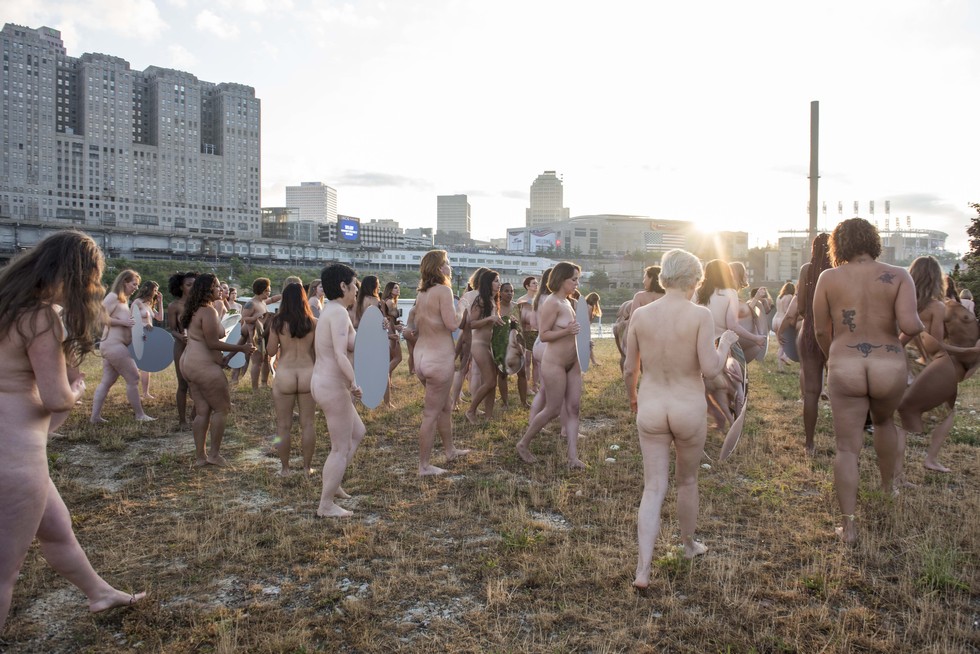 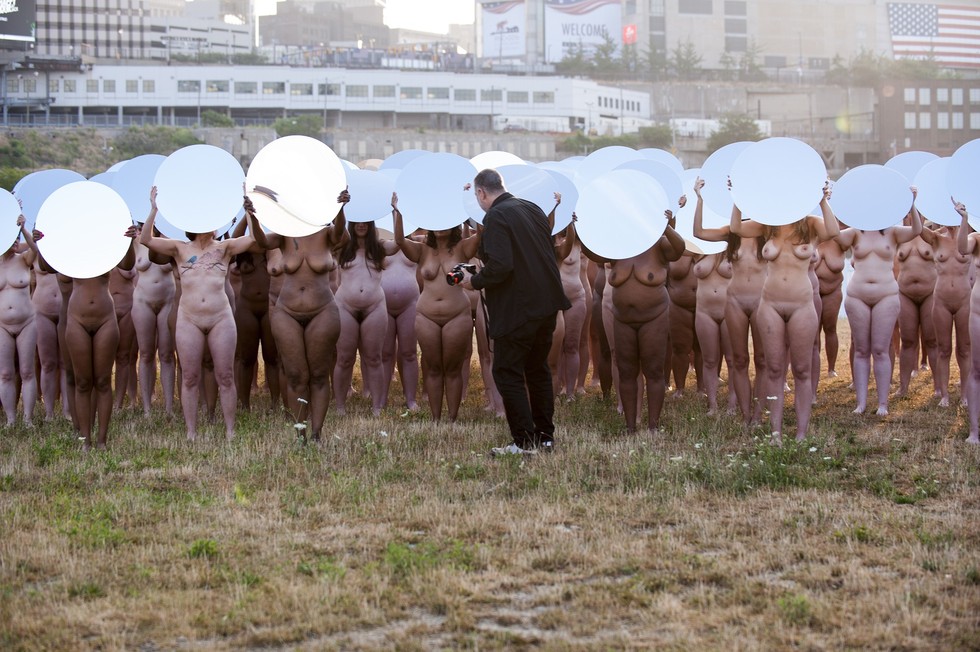 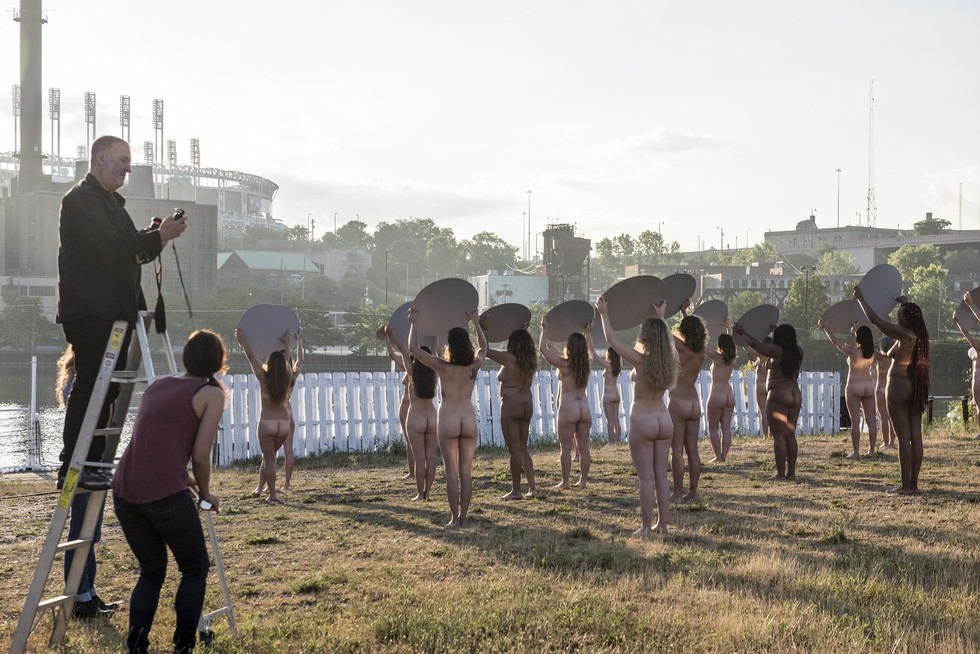 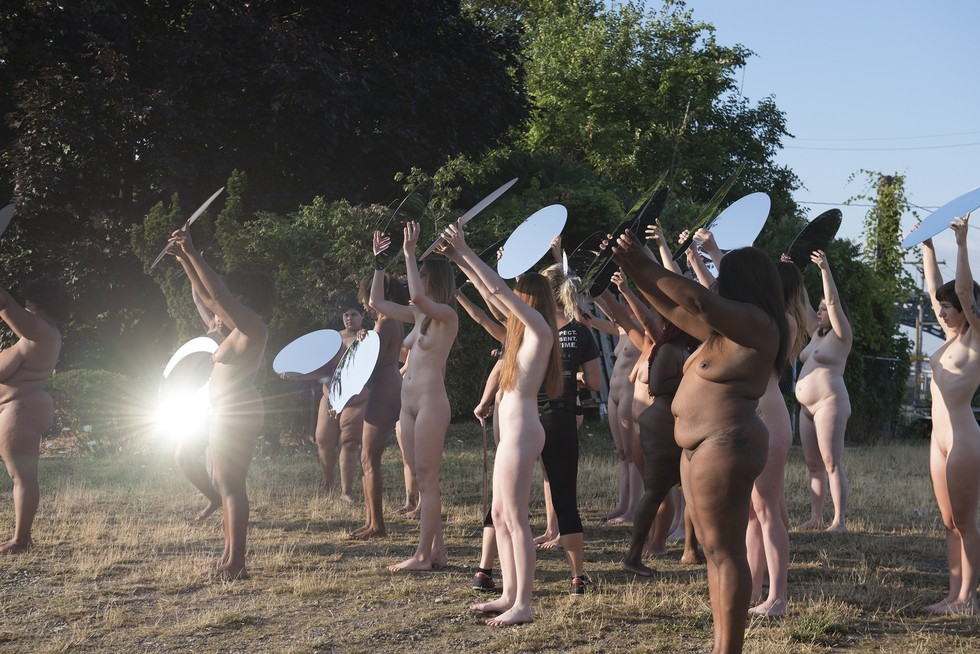 What do you think the impact of the protest will be?

The Republican base will never be moved. They are filled with such hate and anger and fear that nothing I could do in my lifetime will change their minds. But the Republicans on the edge of right and wrong are the ones who will look at this work and wonder why so many people went to this extent to make an art action.

They may read the statements of the women, combined with the documentation of the art action and start discussing it with others and thinking about the images as they go through the day. At the installation, as I was looking over my shoulder at the police and the FBI that showed up midway through, I did not know what the results of our efforts would be. I knew our message would be heard. I have been arrested violently before [but] I had the feeling that there was no way this was going to happen that morning. I still did disperse my film into the pockets of all my assistants in case I was detained afterwards. I walked over to the police and FBI after, and they did not say, "We would like to have a word with you." "Step into the car." No handcuffs like the late '90s in New York. Just smiles and admiration coming from them, and them wanting to see the works afterwards. We were all safe today, but let me remind everyone that the body nude in art is a crime in public in most of the states in the US.

I told my daughters before the installation that I did not know what would happen, but I would be safe, their mom would be safe and the women posing would be safe. That I was doing this for them and their safety for the next ten to twenty years. It could be the most important election of their lifetimes when it comes to the Supreme Court. Our action was not a soldier going into war or a doctor going to a far away country to help. I don't want to overestimate the importance of my work or this action, because it pales in comparison to what others do. But it did make a difference to some. I didn't just tweet on my phone or watch the news on TV sitting on a couch. I did something more than just voting. For this election, it is not enough to just vote. It's important for everyone to go beyond their limits and try to make a difference.

All photos by Lindsey Byrnes.