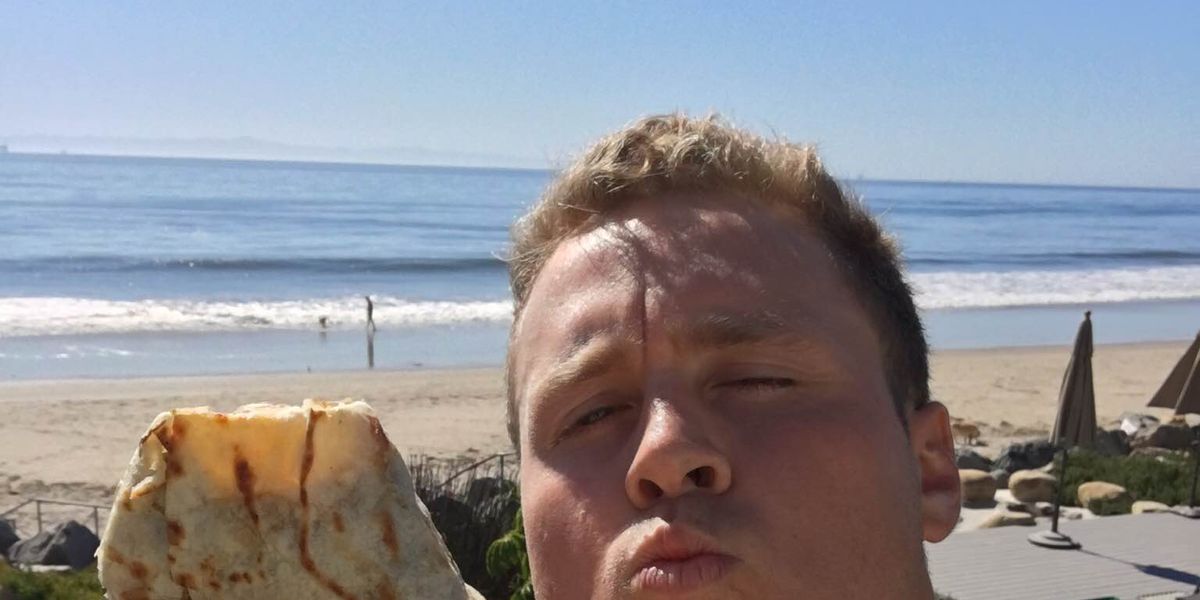 'Hills' Star Spencer Pratt On His Love for Burritos, Crystals, and Media Twitter

Over a decade ago, Spencer Pratt was known as the villain to end all villains on MTV's early-aughts reality spectacular, The Hills. However, "reality" aside, Pratt was just playing a role on TV. These days, the 32-year-old can be found eating multiple burritos daily on Snapchat, showing off his crystal collection on Instagram and interacting with pop culture journalists on Twitter. Social media, in a way, has humanized Pratt. It's an interesting change for the once-bad-boy of reality television.


Pratt and wife Heidi Montag will embark upon another reality television journey next year, but for now, he's just working on keeping the social media content flowing. We caught up with Pratt about where the trolls are (not Twitter), the annoyingness of celeb-promoted products and his burrito addiction.

How much of your social persona is actually you?

Unfortunately for some people, it's 100 percent me--but if anything, I'm always toning it down. I'd love to be more real on social media. I pretty much have Heidi edit all of my tweets. I have all of her faces down. She'll look at me like, "Are you for real?" and then I'll delete it. I wish we lived in a world that wasn't so damn sensitive, but whatever.

What was the worst bullying experience you've had on social media?

I'm not really relevant enough for trolls to harass me anymore, which is a blessing. Trolls really only target you if you're making a million dollars for being an obnoxious fool. I'm definitely in the clear. I only block like one person a day. Back in the day, I felt like my full-time job was blocking people. I feel like the worst people are on Instagram lately. I think all the trolls moved from Twitter to Instagram. You put out one photo and some idiot will write one thing and I do take that to heart. It's like, why are you on my page? I like that photo. Then I'll block them. That's why I delete my photos on Instagram. I treat it like Snapchat, but I have a twelve-hour life on my Instagram photos now. People that absolutely care about my photos will see it and then after twelve hours those people could care less.

With regards to Snapchat, you're doing a great job on it. Do you want to be the next DJ Khaled? What's your favorite stuff to snap?

I really liked DJ Khaled's first week when it was waverunner and pump-ups, but now I feel like i'm watching an infomercial all day long. I never want it to be like where I'm selling you slippers and bumper stickers. I get it, and I understand why people are into it. I think my Snapchat is the most random stuff. No one is eating as many burritos as me and no one is training jiu-jitsu. I don't really put any thought into it, which I probably should. I put more thought into my Twitter because I'm so cautious about what's going to offend somebody, because I've already done that enough in the past ten-plus years.

How many burritos do you typically eat a day?

I used to average two, but I'm trying to get cheekbones because Snapchat is making me very insecure. There's no cheekbone filter, as much as I tweet at Snapchat asking them to make a filter that sucks in my puffer-fish cheeks. I'm trying to limit it to one burrito a day. It's harder to quit burritos than to quit drinking. I can get sober faster than I can quit eating these delicious burritos. I even messaged [Snapchat founder] Evan Spiegel, like, "Bro nobody deserves the burrito Snapchat emoji more than me?" I think maybe they're updating the burrito for me and making it look better.

What are you up to these days? Are you working on any cool projects?

We have this show we're filming in January, it'll be Heidi's tenth reality show and maybe my ninth reality show. We love reality TV. Once you sign the dotted line for your life, it's all you've got. I definitely didn't know what I was getting into. If you had told me that at twenty, when I was producing The Princes of Malibu, that just being on camera would change my whole life, I wouldn't have jumped in so recklessly. Well, I probably still would have, but I would have at least thought about it for a second.

With regards to crystals, do you perform healing?

I used to be a legit energy mover for a while, but you can get lost in the crystal energy world where you think you're feeling energy wherever you go. I thought It was reading people's mind—straight up Morpheus level. I would have sworn that my magic crystals would have had me a multi-millionaire more famous than Kim and Kanye. Now I look at crystals as a beautiful thing. It's all about intention. If I want to look at an amethyst and it puts me in a good mood, then it is working. It's all about having positive thoughts. Before, I didn't think that way.


You should make your whole Snapchat dedicated to teaching people about crystals.

I'm in, I'm in. I'll dedicate my first snap about crystals to you today. I just do Snapchat because I feel like people hate me for all the wrong reasons. If you're gonna hate me, hate me for something I'm doing on Snapchat. At least I'm editing it, so no one is manipulating me into saying things. I don't do it to get a career out of it. Mainly, I do it because I have no job, I'm bored and it's fun. It would be a dream to get a crystal store sponsorship out of my Snapchat one day. Look out world, I'm gonna win.

If Myspace was still at its height, who would be in your Top 8?

All of my top friends are people like you these days that I get all of my information today--media. I feel like all of these media journalists I talk to more than all of my friends. I love pop culture and entertainment, so my Top 8 would probably be the most active social media, pop culture-focused journalists. Famous people aren't that good on Twitter. Also Heidi, Bella Thorne, Lindsey Vonn, and Blac Chyna (Angela Kardashian) would be in my Top 8. Brody [Jenner] was always ahead of the game on Myspace.

Do you remember what song you had playing on your Myspace page?

It was probably "Higher," Heidi's single. I reached out to the producer of "Higher" to get it remastered and updated for Apple Music, but he hasn't responded. I was like, "Come on bro, 10-year anniversary," but whatever.

Who is the most annoying person on Twitter right now in your opinion?

On The Hills they made you out to be a little bit of a villain. That was so long ago. I thoroughly enjoy following you on social media now.

It's hard because when you make people dislike people that much, it's really hard for people to accept that they were wrong or misled. I did put a lot of effort into being an unlikable person because everyone was so bland and dull on The Hills that I wanted to get ratings. For the average person, it's not worth changing their opinion. I don't care, which is a strong trait I've had since getting hated on since the 7th grade. Social media haters, you're way late to the party.