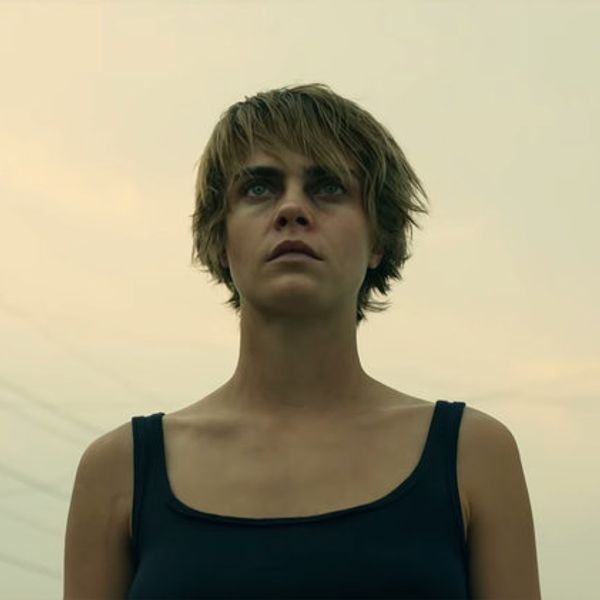 Before Spencer Lee got his big break as the frontman of his eponymous band, signing with superstar manager Scooter Braun, he was homeless. Sleeping on a blown up mattress in the back of his car, Lee wrote the lyrics to his song "River Water," when he was living on the streets of LA. "Fuck being homeless. It sucks," Lee says about the single, "I want people to keep fighting the good fight. This is for all of them still out in those streets at night."

It is from this personal experience that the video for "River Water" was born. In her most moving performance to date, model and actress Cara Delevingne portrays a the life of a homeless woman coping with addiction. Digging through dumpsters, busking for a few quarters, and sleeping in the gutter, Delevingne deals with heartbreaking hardship after hardship in a way that feels very raw and vulnerable.

"Sometimes, folks walk down the street and see a 'homeless guy or girl' and what I want people to realize is that's a person — just like you and me — struggling to just get by," Lee says about his efforts in the video to destigmatize homelessness. Even though the majority of the video is rather bleak, it does end on a moment of hope with Delevingne dancing on a rooftop, jumping and throwing her arms around in a primal visceral expression of pure emotion.

Ending with the words "her story is my story," Delevingne and Lee bring us a look at the humanity of homeless people and a sobering reminder of the struggles they face every day.