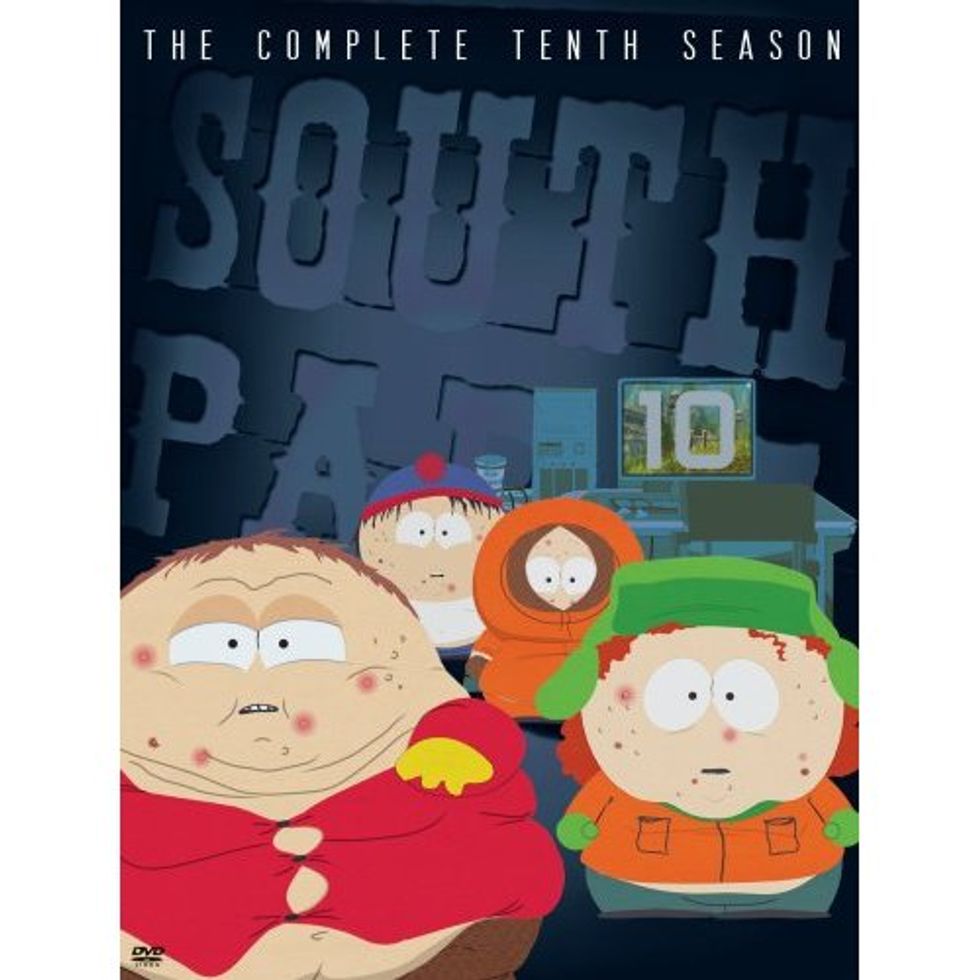 The convulsively hilarious 10th season of South Park is out now on Paramount Home Entertainment, and you have to own it! Still reeling from the controversy over the Trapped in the Closet episode, and dealing with Chef ( Isaac Hayes) leaving the show, creators Trey Parker & Matt Stone turned out a furiously funny group of episodes. Included is the episode is the one in which everyone buys Hybrid cars and causes a "Smug" cloud to threaten the town, the one wherein Al Gore speaks to the students about the threat of Manbearpig and the one where Towlie writes a bestseller about his drug addiction ("A Million Little Fibers") and gets on Oprah's book club but has to eat crow when it's revealed he fudged the truth. There's also the one wherein a teacher has a wild affair with little Ike while Cartman becomes hall monitor and turns into a version of "Dog The Bounty Hunter," and my favorite: Satan throws himself a sweet 16 party on Halloween and sends serial killers Jeffrey Dahmer, Ted Bundy, and John Wayne Gacy to pick up the Ferrari-shaped cake (while the soundtrack echoes The Three Stooges theme). That episode alone had me clutching my sides in laughter. They only get funnier, ruder and more brilliant with each season!