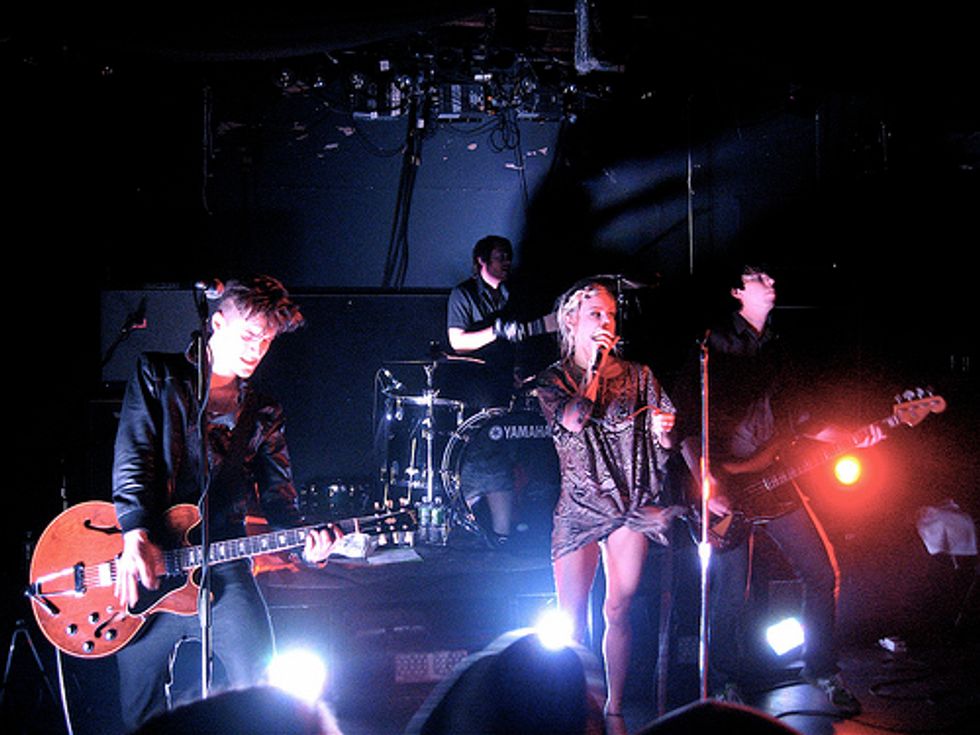 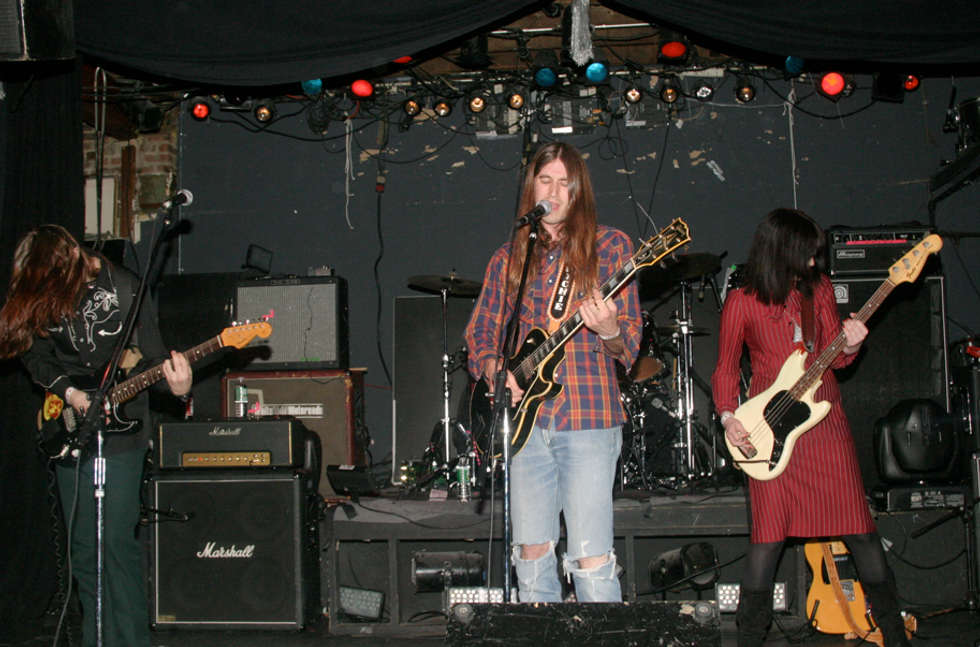 Last Wednesday was PAPER's annual Sounds Like Paper party and it left me so exhausted that I'm only NOW getting around to writing about it.  Sponsored by Motorola, the party at Don Hill's was amazing, to say the least.  With performances by our June/July cover stars The Sounds, along with The Willowz (who I've written about before), the party was a successful mash-up of classic jam rock and 80s electro pop.  In other words, there was something for everyone.  Whether you prefer ironic, hip haircuts (see the Sounds at right) or long, unkept hair (see The Willowz below) didn't matter because both ends of the spectrum were present.  It was  completely refreshing.   DJs Tommie Sunshine and Spencer Product also performed, making the night even more eclectic.  Tommie Sunshine is famous for spinning glam techno (yes that's a genre!) while Spencer Product is known for his danceable punk and electroclash parties.  So yay to diversity and congrats to PAPER (ermm... us) for pulling it off so splendidly!