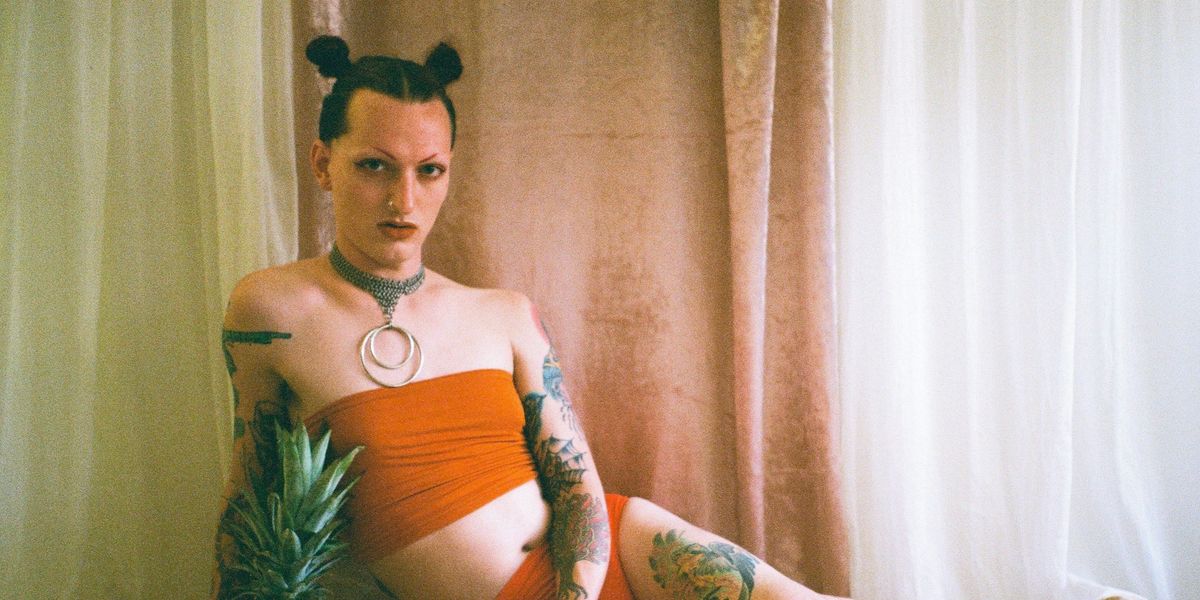 Bored Lord sounds like mornings spent in the dark, claustrophobic back rooms of Bushwick bars; an amorphous sea of bodies pressed up against each other, hands brushing low-hanging ceilings, a slight unintentional vibrato from the subwoofer detectable in the vocals, the air heavy with sweat. There's a sense of community among strangers moving to a singular rhythm, overtaken by a visceral connection to the beat.

The queer artist's music is very much born out of this DIY club sound with its drum-driven take on techno that's embellished with mutated pop samples. Based out of LA, Bored Lord came up through Oakland's vibrant community, finding a home on underground club label Knightwerk. Her most recent EP, Transexual Rave Hymns, is a ferocious nine-track odyssey that features a everything from dreamy breaks to a Britney Spears-sampling barn burner that will make you grow spikes all over your body and fight an army of transphobes. It is an absolute must for any self-respecting DJ looking to tear up the dancerfloor.

PAPER caught up with Bored Lord to help you get to know the hype-worthy club killer. Follow her on SoundCloud, here.

My sound is a dance-focused hybrid of melodic classic rave with modern visceral club tones. Maybe what dance music would sound like in a '90s cyberpunk film set in 2069.

When I lived in Oakland, I played a New Years Eve event that was a break-in party at an abandoned massage parlor. That was chaos.

Who are your influences/inspirations?

I think my biggest influences and inspirations are probably my peers and other DJs I've met along my journey. I wouldn't be DJing if it wasnt for people like Bastiengoat, 8ulentina, or Ben Jenkins. They supported me in very challenging times.

God, I can't even remember. Probably a Linkin Park track off Limewire.

Pride to me means resistance. It means Compton's Cafeteria. It means Stonewall. It means that we can't just make pride playlists and rainbow versions of logos. We have to fight for and take care of our own. No corporation or politician is gonna do that for us.

I'd say the biggest challenge is being included in anything that isn't queer oriented. We've had to make our own labels and our own parties in order to even have visibility.

"We can't just make pride playlists and rainbow versions of logos. We have to fight for and take care of our own."

Just give queer people the opportunity to gain an audience outside of their peers. They'll do the rest.

This summer, I have lots of remixes coming out on Knightwerk and an EP in the works for Loveless Records.

Soundcloud allows us to curate digital spaces to highlight ourselves where other media leaves us out.

How has SoundCloud been a tool in helping get discovered?

To me, Soundcloud at first was a community-based platform for sharing music with other like-minded producers but, in the recent past, has become more of an online resume where you can post or repost your songs and/or mixes. As a DJ, it's a good place to have a stream of updated tracks from my friends and peers to play out.

The most crucial one was definitely Jasmine Infiniti. She used one of my tracks in one of her mixes years ago. I fell in love with her hypnotic style of long blends immediately.