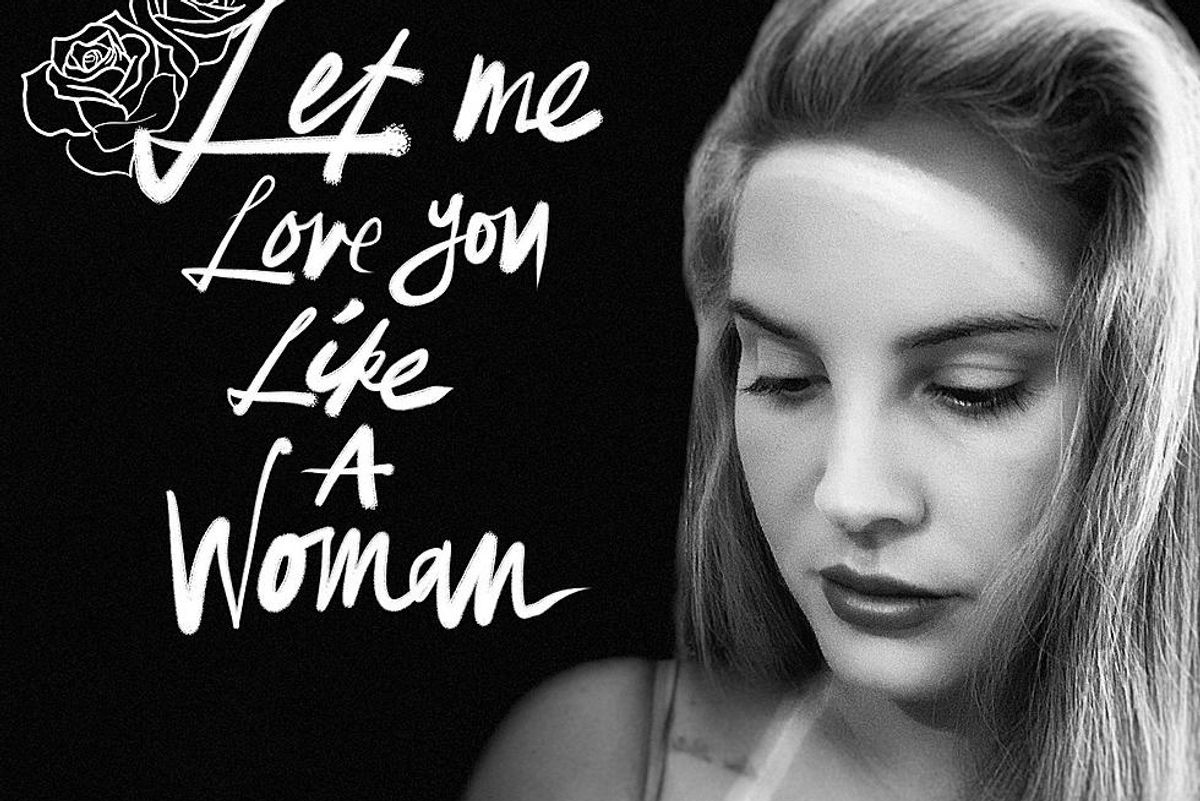 Lana Del Rey — "Let Me Love You Like A Woman"

This spare epic of a ballad — which sounds almost Springsteen-indebted in its melody — is a throwback to the evocative, broad strokes scene-setting of Born To Die and Paradise. No complaints here: There's still nobody in pop who writes a torch song like Lana.

The new song by Melbourne sibling duo HighSchool adds shading to the bright post-punk of their debut single, meditating on aesthetics and social validation. Released just as the southern hemisphere starts to warm up, it's a perfect accompaniment for morose spring days.

Rostam breaks his two-year new music drought with this loose, airy crush song that was absolutely worth the wait.

Sharon Van Etten's "Let Go," written for the Pepe documentary Feels Good Man, is far more beautiful than any song written about a weird green frog has any right to be!!!!

Montreal singer-songwriter Helena Deland rides a crunchy, hypnotic groove on "Dog," a highlight from her debut album Someone New. While the song starts bitter, it eventually becomes far more complex than that, revealing Deland as a deft handler of conflicting emotions.

Julia Jacklin — “to Perth, before the border closes”

This patient, aching ballad builds to a bright, beautiful peak, Jacklin's repeated refrain of "everything changes" becoming more heartbreaking with every repetition.

This lovelorn, late-breaking highlight of GAUCI's debut EP is more pensive than the bombastic "Heartbeat" or epic "Anxious". Instead, "November" highlights a more sensitive side of the band's songwriting, away from the flashing lights of a club.

Summer never really ends for Major Lazer, as evidenced by "QueLoQue," a Paloma Mami collaboration that feels like it was concocted just for sweltering, mid-August nights.

This glittering, 2000s-throwback heartbreak song is sassy and deviously brazen: "All of her love became an album," King Princess sings over the song's chaotic, funky beat, "And I'm still the one who's crying." It's like seeing a car-crash in slow motion; I can't avert my gaze.