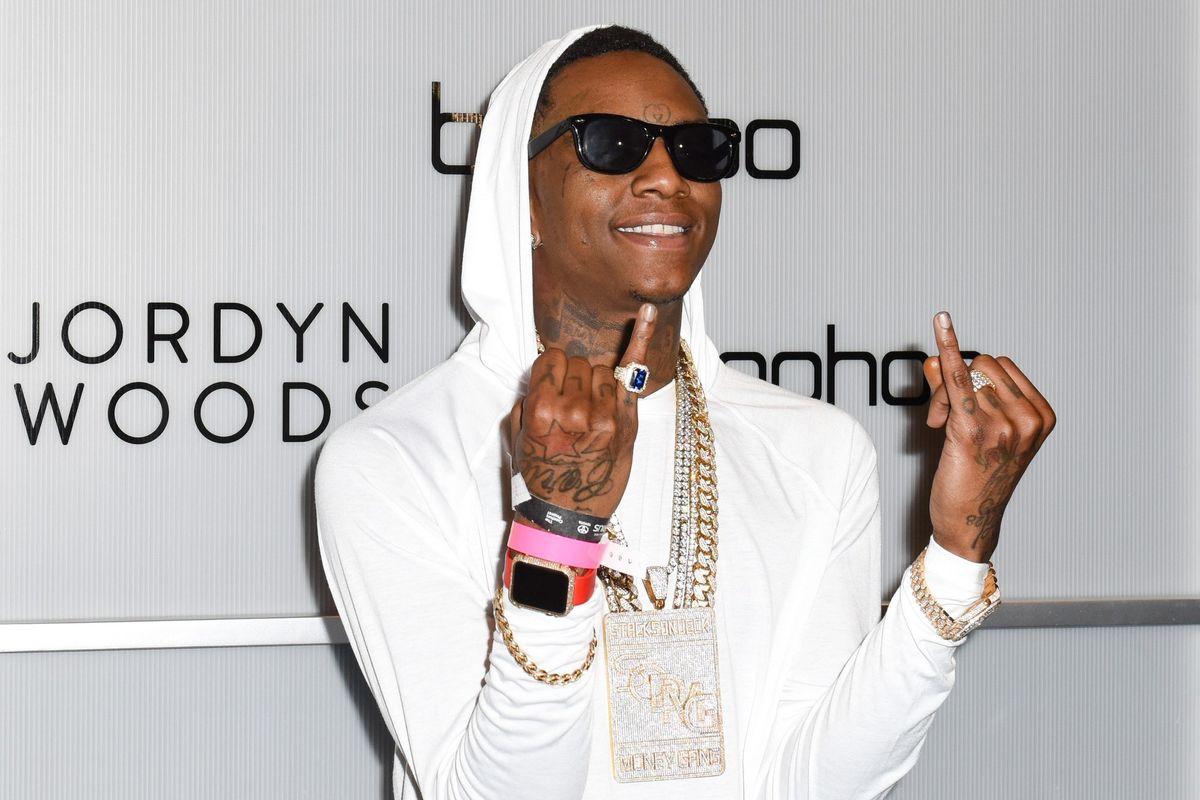 It looks like 2017 is getting off to a very 2016 start for Soulja Boy. Two days ago, the Chicago rapper started a very messy social media beef with trash boss Chris Brown over Karrueche Tran (sigh), and then yesterday the Chicago rapper began an Instagram live broadcast from the streets of Compton that ended... very poorly. In the video, Soulja Boy is walking on the street in a neighborhood, and he approaches an unseen man. "What's going on, man? They say Soulja Boy ain't from the hood," he says, trying to put his arm around the stranger. "Get off me though," says the stranger. Then the phone hits the ground, another guy picks it up, and the broadcast ends.

Oh dear dear dear. Twitter was allll over it...

new soulja boy challenge go to ur nearest ghetto and put ur arm around a fellow gangbanger
— The Truth (@MikeeKhoury) January 4, 2017

new soulja boy challenge go to ur nearest ghetto and put ur arm around a fellow gangbanger
— The Truth (@MikeeKhoury) January 4, 2017

For Soulja Boy's part, he seems to have recovered his phone, and after surviving this brush with death, he's returning his focus on the things that really matter:


Setting up the boxing match with Chris brown Bitch Ass. Wanted adrien Bronwe to train me but he can't so I'm getting Floyd. Fuck CB
— Soulja Boy (@souljaboy) January 4, 2017