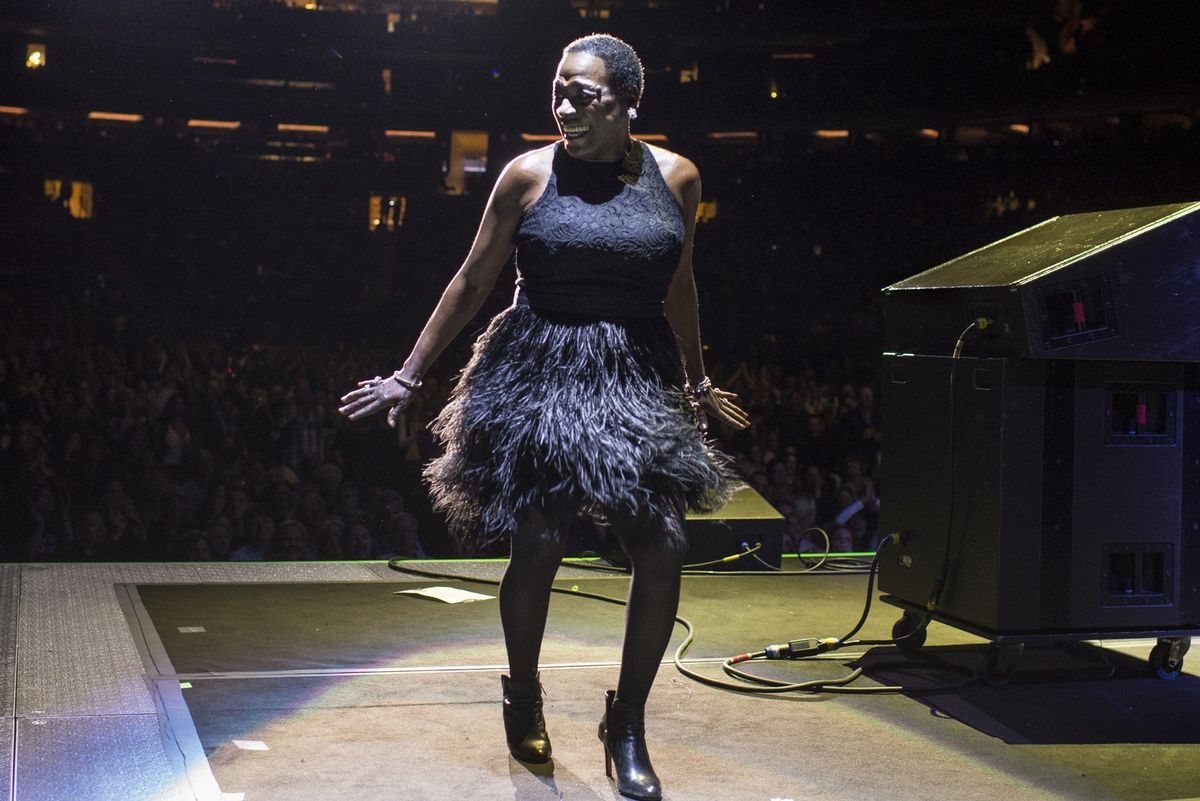 Sharon Jones, the powerful and energetic neo-soul singer and front-woman of band the Dap Kings, has died. A statement from her publicist announced last night that she had died of pancreatic cancer in Cooperstown, NY, while in company of friends and family. She was 60.

The Georgia-born Jones has been performing incredibly vibrant, electric soul and R&B music with band the Dap-Kings since 1996. In 2013, she was diagnosed with stage-two pancreatic cancer, but returned to the stage with her usual energy following treatment and a short hiatus.

She spoke with us this summer in advance of the release of a documentary about her struggle with cancer, Miss Sharon Jones! In the interview, she talked about her relationship with soul music, struggling with illness, and the return of her cancer.

"I'm gonna keep fighting and performing and keep my head up as long as I can," she said. "As long as I got the strength and the energy and my fans are supporting me and my band behind me, I'm gonna do it! I am taking it one day at a time and I keep saying that saying, "I have cancer right now, I feel cancer don't have me." I'm just gonna keep fighting as long as the fight is in me."

Watch some of her exhilarating, exciting performances below.