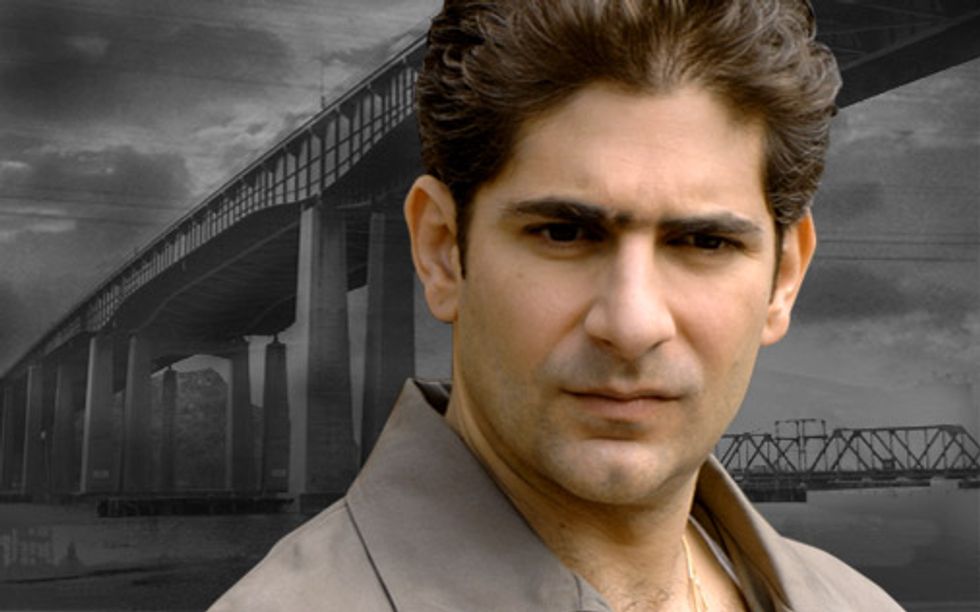 Holy shit. I almost didn't believe my eyes. Tony Soprano snuffing out the life of his cousin Christopher. I suppose he had it coming, considering that in the previous episode Christopher shot his friend right between the eyes, not to mention all the others he'd knocked off over the years. That's the beauty and the power of the show -- you fall in love with the characters and tend to forgive them their flaws. We are all members of this dysfunctional family.

Somehow I can't help connecting the show with events in Iraq. The Sopranos and their cohorts represent two sides of the American Dream. The optimism, comraderie, entrepreneurship and family values that hold it all together coupled with a capacity to kill anything that gets in the way of fulfilling the dream.

The LA Times set up two critics to discuss their pro and con views of the series, only to have the conversation rendered irrelevant by the twists and turns of each new episode. Christopher was the loose canon and Tony smelled a potential rat that had to be exterminated. To cool out after the killing, he went to Vegas and looked up an old flame of Christopher's, a hot co-ed he subsequently beds. She turns him on to pot and then mushrooms. They go out to the desert and Tony Soprano sits down to watch the sunset. Has Tony discovered the true meaning of life via psychedelics? Only three more episodes to go.