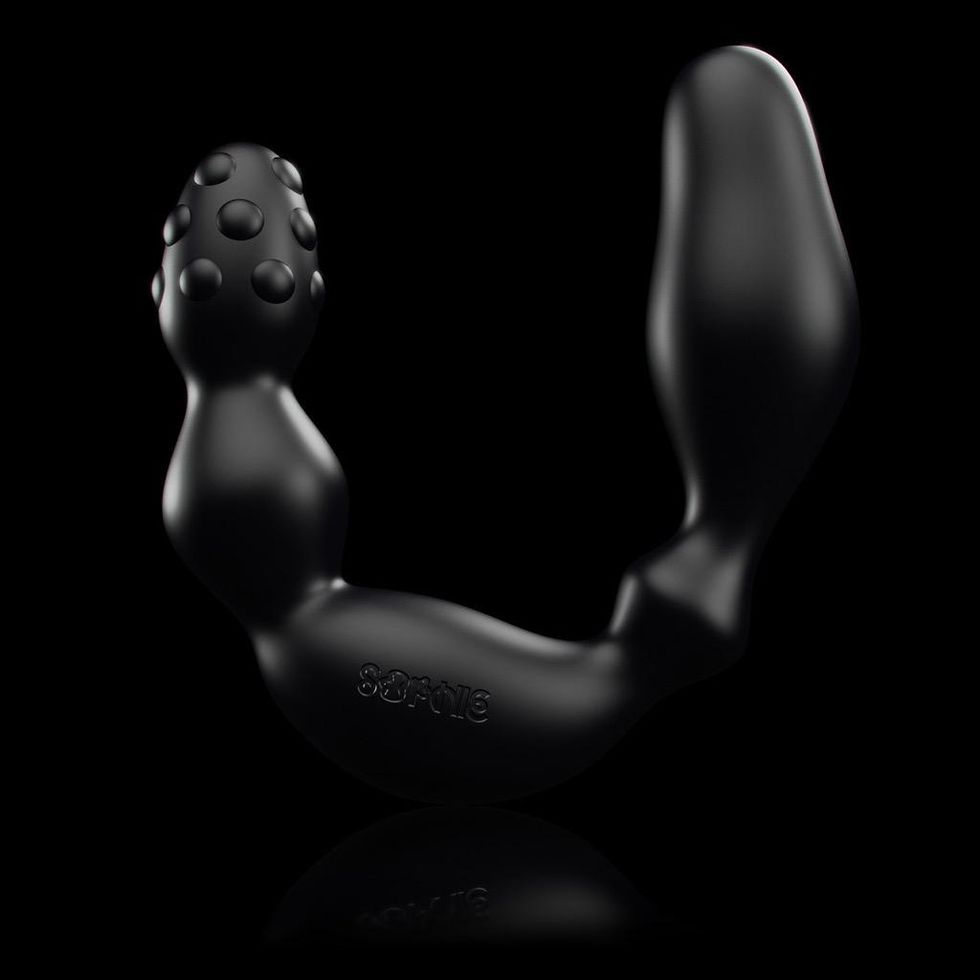 By Matthew Moen
PAPERMAG
Secretive PC Music producer SOPHIE is back after a long (and relative) silence. Without so much as a peep on Twitter or Facebook from the artist, a collection of eight tracks entitled PRODUCT, featuring his four previous releases and four brand-new productions went up for pre-order on iTunes late last night. This morning SOPHIE's merch shop went live featuring physical copies of the new album, clothing pieces that were teased at Pop Cube earlier this year, and what is referred to on the site as... "The Silicon Product."
The jet-black sex toy is described as "SKIN SAFE ODOURLESS AND TASTELESS PLATINUM SILICON PRODUCT," and it will set you back $75.81, but it does have SOPHIE's logo etched into the side (and comes with a digital download of the album). Consumer reviews have yet to come in to see if it actually works like we think it does. But even if it is just a hunk of plastic, we can definitely be sure it will be a guaranteed conversation piece.
You can pre-order "The Silicon Product" here and PRODUCT, which drops Nov. 27, here.
You May Also Like
Film/TV