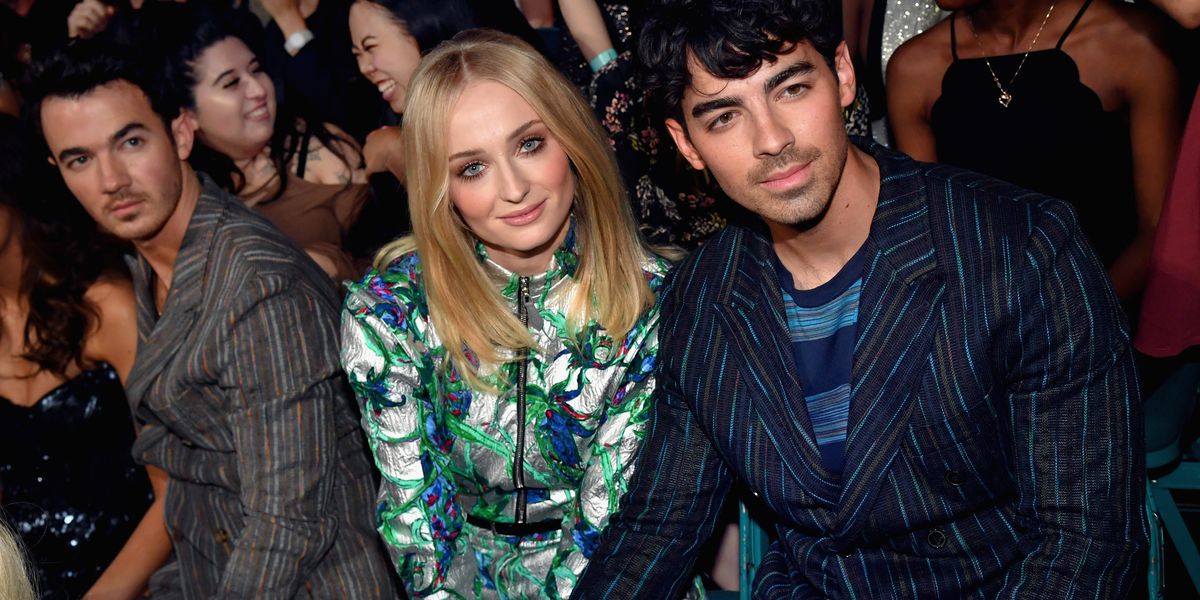 After a year-and-a-half, Sophie Turner and Joe Jonas have reportedly gotten married in a surprise Las Vegas ceremony.

According to E! News, the couple tied the knot after the 2019 BBMAs — where Jonas and his brothers performed for the first time since their reunion announcement.

Looks like Sophie Turner and Joe Jonas are getting married!! pic.twitter.com/zSW17g5cHC

And it looks like plenty of other celebs were in attendance for the low-key chapel wedding — complete with Elvis impersonator — as seen via Diplo's Instagram story. Other famous faces in attendance reportedly included the likes of Dan + Shay and Khalid. Not only that, but the outlet has confirmed that Jonas and Turner obtained a marriage license today.

So looks like it's official! Congratulations to the newlyweds!