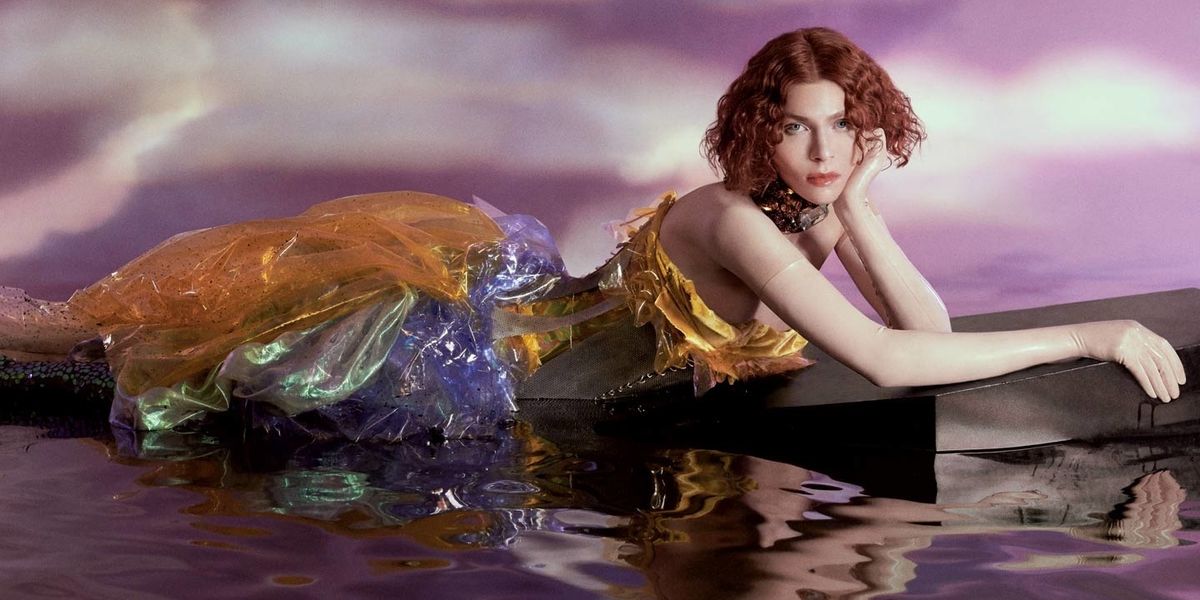 A little over a year has passed since SOPHIE dropped her earth-shattering debut album, Oil of Every Pearl's Un-Insides, and made us all re-think everything we thought we knew about the compressed bits of air we more commonly understand as sound. The stunning achievement was rewarded with critical acclaim and even snagged a nomination for Best Dance/Electronic Album at this year's Grammys, giving SOPHIE the distinction of being one of only three trans women to get a nod from the academy. (More next year, please).

After having teased the release of a remix album full of alternate versions of her debut in an interview on the Grammy's red carpet, SOPHIE has now officially unveiled the release. And guess what? It comes as a clutch!

Available in both red and black colorways, the Oil of Every Pearl's Un-Insides Non Stop Remix Album Edition will come as an extended clutch bag with a three-disc CD copy of the release. Made in collaboration with designers MAWI and Ciaran Moore, the album-themed accessory was first debuted by SOPHIE's partner, model Tzef Montana, this past February on the red carpet at the Grammys. The clutch is certainly a stylish touch to any late-night wardrobe and simply a must-have for any self-respecting stan. The limited edition collectors items does come with a hefty price tag of $285, but with only 100 copies of the clutch being made it might just prove to be an opportunity to rare to pass up.

The Oil of Every Pearl's Un-Insides Non Stop Remix Album Edition with custom extended clutch bag is now available to buy via SOPHIE's online store. Listen to her debut album, below: