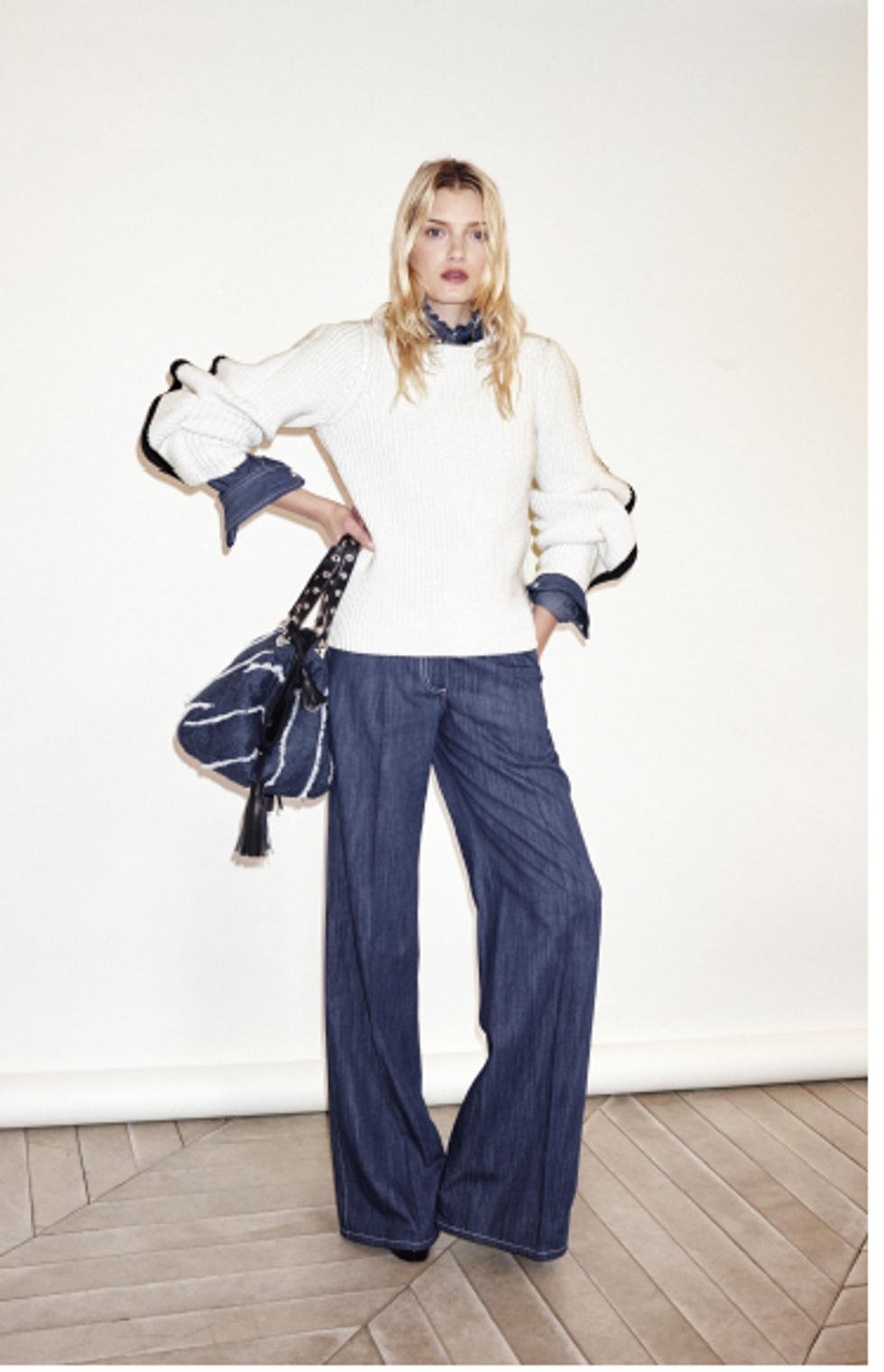 by Mickey Boardman
PAPERMAG
Sonia Rykiel is officially now the brand of choice for cool women worldwide. Founded in 1968, the brand has always represented an independent, modern, stylish and sexy woman with a dose of Parisian charm. They've had some ups and downs since the retirement of its founder and namesake but since current artistic director, Julie de Libran, came over from Louis Vuitton in 2014, the brand immediately got back on track and became one of the hottest tickets of Paris Fashion Week. At her resort show on Monday, which was styled by Katie Grand and held inside the back garden at LadurÃ©e, she showed a small, colorful collection with boucleÃ© jackets and sequined dresses that made us want to sell everything we own and move to Saint-Germain des Pres. We won't mince words: this collection is how cool women want to look now. It's sexy because a strong woman is wearing it not because it's tight or shows skin.

The crowd at the show was sprinkled with international cool women like Alexia Niedzelski, Laure Heriard Dubeuil and director Sofia Coppola. "I live in Saint Germain in Paris part of the time," Coppola told me after the show. "I think Julie is so chic. She makes clothes that women want to wear." We couldn't agree more.