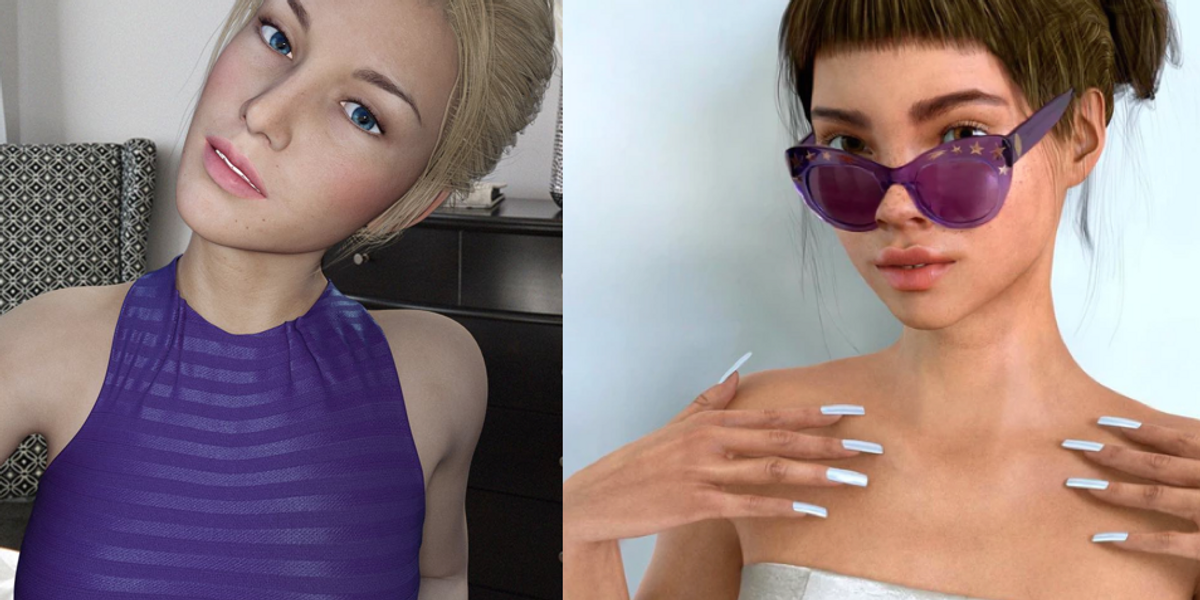 Songs to Hack Lil Miquela to

This just in: CGI influencer-extraordinaire and PAPER queen Lil Miquela has been hacked by a fellow CGI Instagram model "Bermuda" who happens to be pro-Trump/potentially unstable.

At this point, little is clear. Whether this is the work of marketing geniuses, constructing a spectacular scam to bring attention to both the pages of Lil Miquela and Bermuda (who goes by bermudaisbae), all the while analyzing how we react online to racially ambiguous, beautiful, stylish, "Black Lives Matter" supporter versus a pro-gun, Tomi Lahren-loving, Aryan Republican, or a genuine "hack" by a graphic designer or two hungry for attention, we just don't know.

*~ MIQUELA ~* on Instagram: “Hi guys! Bermuda here. . Soooo... you’re being lied to by a fake a*s person. Literally who is buying this for one second? Apparently a lot…”

Nor are we aware of what songs a highly problematic CGI Instagram model such as @bermudaisbae listened to when she chose to take over possibly the most popular Instagram account for a fake person of all time. But we can make some guesses.

Bemurda has firmly established herself an Iggy fan, and what better motivational track than Iggy's breakout hit. While Bemurda might not be "16 in the middle of Miami"...actually, who knows, she might really be just that.

Has there ever been a song as celebratory as the sweet love child of "Suga Suga" rapper Baby Bash and New Zealand hip hop sensation Savage? This is exactly what you need to get pumped while breaking down possible passwords.

Whereas this song served as a warning to Taio Cruz's future ladies that he will not be locked down, coming from Bermuda to Lil Miquela? Breaking hearts is a promise.

Bermudaisbae loves her alliteration — her title on Facebook is Bermuda: Beauty & Brains — hence "Beauty And A Beat" is the perfect song to fuel her ego and keep her hack on track.

Selena Gomez "Come & Get It"

Drake "Nice For What"

This should need no further explanation, but for those in the back: hacking is NOT nice.

Britney Spears "Piece Of Me"

What else does one play when they are mad and unapologetic and going full Mr Robot on an Instagram star whose fame they feel they deserve?

Lil Miquela's catchy, over-autotuned debut single is perfect to fuel the rage, as well as in this case, inspo to write the caption accompanying the photo posted to her hackee's Instagram in which she revealed herself and plugged her own page.

There is nothing like Kanye West's "POWER" to propel your natural arrogance to dangerous levels until you believe you really should be at the top and nothing, or no one, should be making a bid your throne. Also it's from "The Social Network" soundtrack, so, you know, meta etc.

While clearly homophobic Bermuda probably isn't going to have the hots for a trans artist, everyone falls for a little hyper-sexual, computer-generated, robot-inspired musical magic, especially if you are yourself, well, a virtual design stemming from a human's imagination.

Enjoy and employ this hacking soundtrack on any invasive online activities of your own (actually please don't! We really don't condone this!) or notice it doubles as a pretty banging pregame playlist.