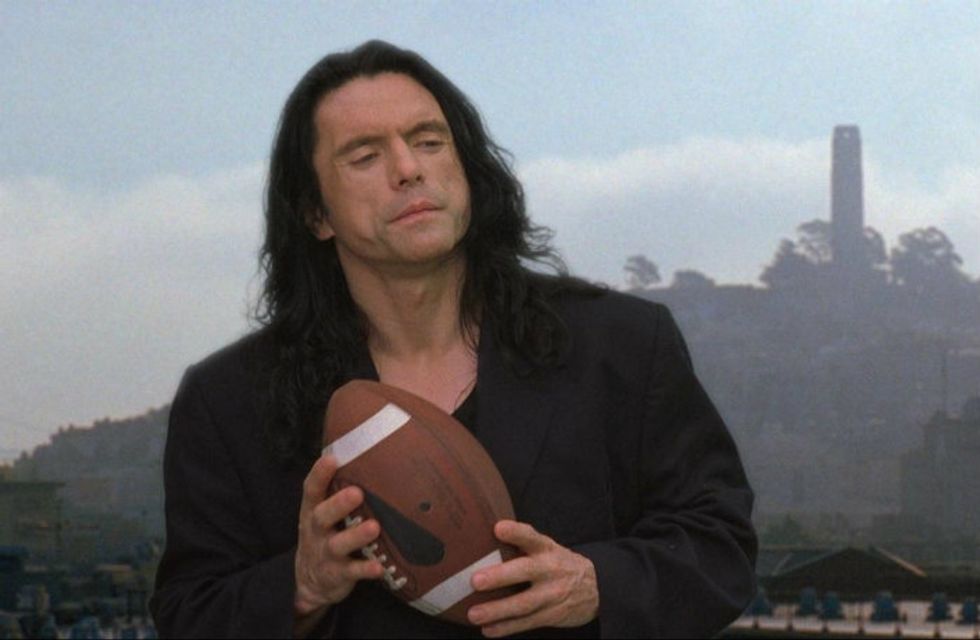 Someone Wrote the Plot of The Room as An Advice Column Question, Here is More of That

by Eric Thurm
PAPERMAG
An unsung genius has managed to wring even more humor out of The Room, the terribly made, probably-not-a-joke-but-maybe cult film that has been drained of most of its ongoing capacity to induce laughter by years and years of strip-mining. But syndicated columnist Ask Amy received a letter essentially reiterating the plot of the movie, including some of the (apparently imitable) language of Tommy Wiseau's Johnny. (Take a minute to read it, because it's beautiful.)
Amy's response starts: "The first thing you should do is to NOT get married." NOT! Which is funny, because it's like The Room! Anyway, here are a few other movies condensed into advice column questions, for anyone looking to concisely express their extremely high-concept problem.

I haven't really been social in a while. I'm sort of picking myself back up after a divorce. But I met this woman -- she's just amazing, and I love the way she looks at the world. Everyone tells me that falling in love is a form of socially acceptable insanity, and this might be the most insane person I could have picked -- because she's the operating system on my phone. What do I do?

I'm the leader of the Autobots, a semi-secret group of gigantic robots that can turn into cars and fight off other gigantic robots to protect the Earth. (Is that too revealing about my identity?) Anyway... I have this friend -- well, he's not really a "friend," just kind of a random human who hangs around our adventures. He goes around acting like a huge asshole, but for some reason keeps popping up around the edges of actually important stuff. I think he might have gotten replaced with a different, but equally annoying human at some point, but you all look the same to me. We just don't want to hurt his feelings, but also would like to incinerate him with a laser sword. What do we do?

Heartbreaking stuff. And one last person, who probably no one cares about:

I met... a man... He is extremely wealthy. Polite. Intense. Smart. Really intimidating. You would think he would be really boring, but -- he's told me he's going to keep pursuing me. I don't know how to deal with his advances. He says he doesn't "do" romances, and that I wouldn't understand his very singular tastes. Should I let him enlighten me?

Thankfully, none of the other characters in The Room had any problems for Amy to deal with.