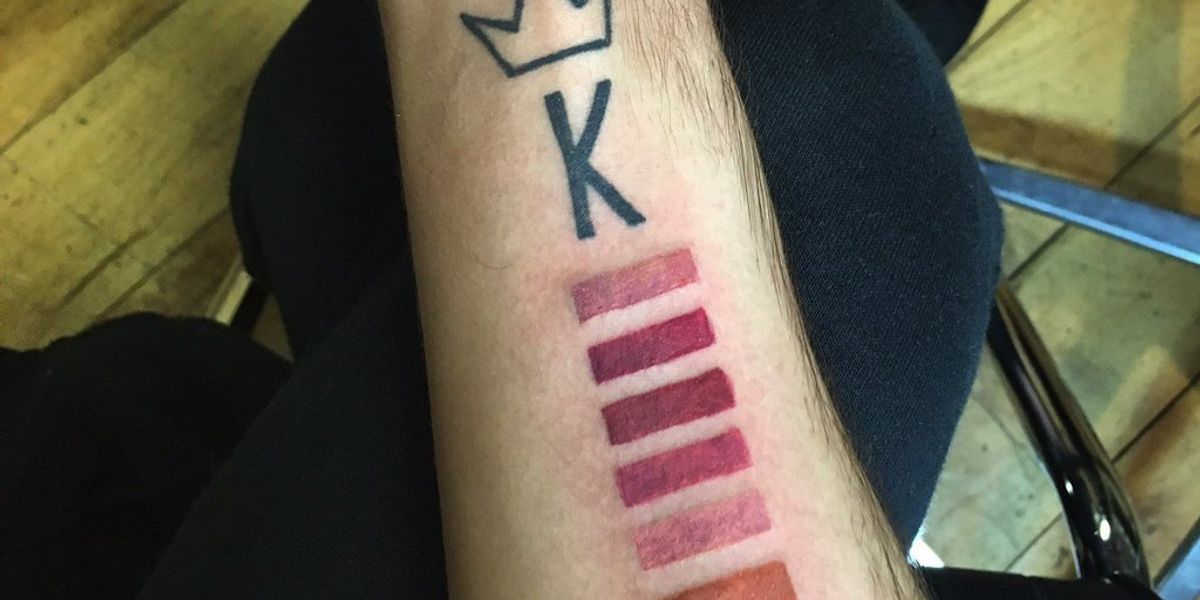 Ever since we've figured out how to inject ink under our skin with needles, tattooing your body has been a true show of devotion to your pop culture heroes. Think of every Sensitive Literary Bro you met in college's ink homage to Kurt Vonnegut and/or Charles Bukowski. Or of Lady Gaga's Aladdin Sane era David Bowie. It's not surprising, therefore, that Kylie Jenner, youth icon and social media savant, would receive an inky honor of her own.

Twitter user and Kylie superfan Johnny Cyrus--who's Twitter bio declares up front that "my religion is kylie jenner"--yesterday got a crown, a K, and then swatches of all Jenner's colored lip-kits down his forearm. Kylie's Lip Kits are notoriously hard to get your hands on, selling out almost instantly when they go up online. Tattooing them on is one way to never miss out on your favorite kit color.

He doesn't appear to have tattooer's remorse yet, posting again today to reaffirm his happiness with his choice.

The morning after! I can't wait to see it fully healed. Beyond obsessed 👄 @KylieJenner @kyliecosmetics pic.twitter.com/we4InJdgYQ
— Johnny Cyrus (@ItsJohnnyCyrus) April 13, 2016

The real question is, as Kylie releases new lip kit colors, will he add them to his tat?