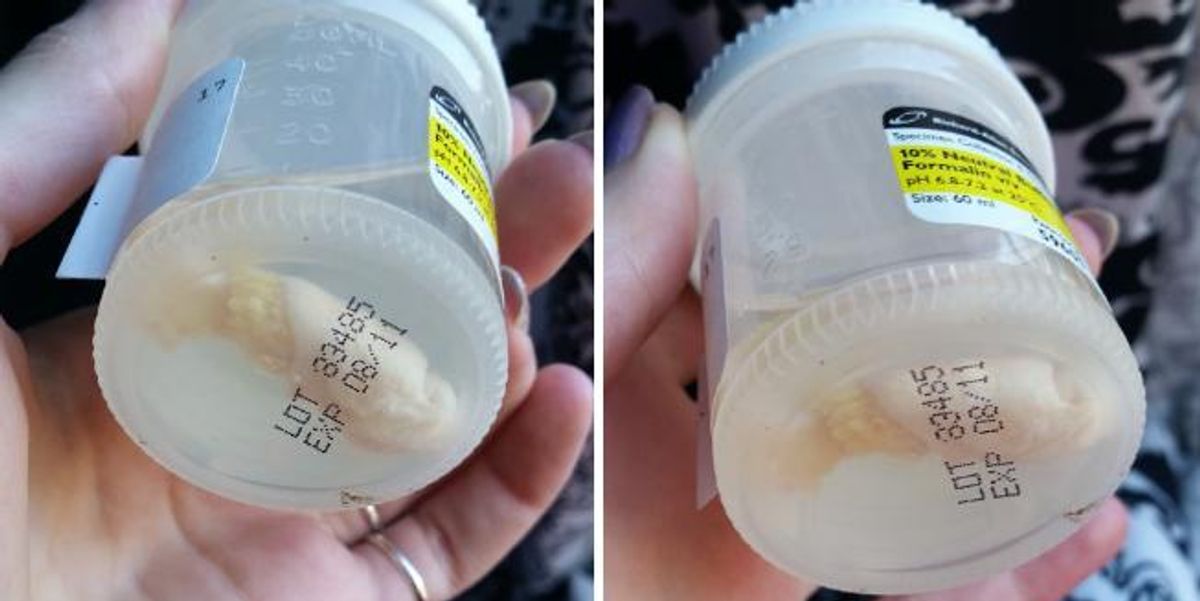 Turns out that Boneghazi may just be the tip of the "human body parts e-commerce on Tumblr" iceberg, as an amputated toe necklace is the latest item to make the weird blog rounds -- slightly unsettling pic et al.

That's right, according to a post by one user named royallyoily, she sent her toe -- which was amputated nearly a decade ago -- to another Tumblr user/jeweler named cummy-eyelids, as she wanted it to be made into a necklace.

"Not only do I absolutely trust your artistic expertise @cummy-eyelids but I also feel my body part (yes an actual piece of me) could not be in more capable hands," royallyoily wrote in her response post. "I know you will respect and care for my little piggy. I appreciate this more than you'll ever really know!" Read the whole exchange below.