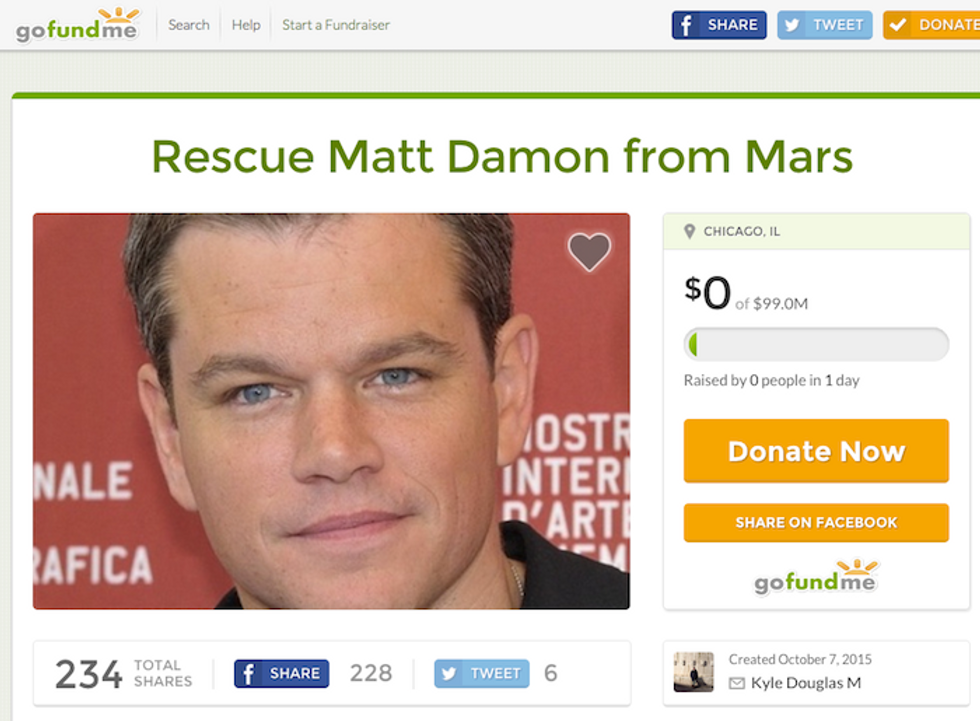 By Sandra Song
PAPERMAG
In what is perhaps the LOL-iest scam of all time, one Kyle Douglas M. is trying to raise $99 million dollars on GoFundMe in an attempt to "rescue Matt Damon from Mars" -- you know, seeing as how Damon's latest movie The Martian is about an astronaut who gets left behind on the Red Planet. And as expected, there is currently $0 raised, but as you also know, losing Matt Damon would be a "devistating" [sic] blow to American film, not to mention his best buddy, Ben Affleck, so you guys better get donating. #bringhomeMatt
[h/t Daily Dot]
You May Also Like
Internet Culture