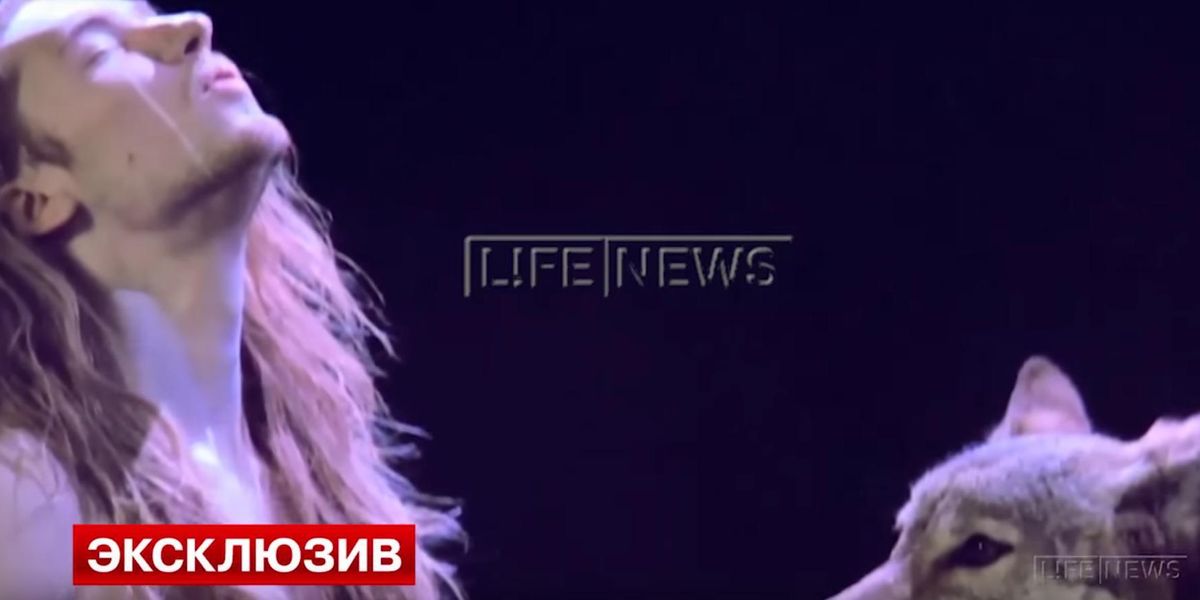 Someone Is Trying To Perform Naked With Wolves At Eurovision

A singer mononymously known as Ivan is the country of Belarus's official entrant into next month's Eurovision Song Contest, but dude isn't exactly making waves for his (strangely Christian rock-sounding) tunes. Nope, this 21-year-old is currently making headlines because he will reportedly be performing completely naked and flanked by wolves on an international broadcast. Nude. With wolves. Wolves that apparently have already been nipping at the poor fellow in rehearsal, as you can see below. :(

For those of you unfamiliar with the festivities that are Eurovision, it's an annual song contest where every member of the European Broadcasting Union submits an original song that's then performed and voted upon by the masses -- meaning the wilder the better. Needless to say, this performance as intended would be quite the, err, show stopper.

And while Eurovision doesn't technically have a ban on nudity, it's safe to assume the family-friendly broadcast isn't looking too forward to the stunt, with spokesman Paul Jordan telling AFP that it's "not appropriate" and Ivan's camp refuting with a nice "but it's art" defense. However, we're pretty confident that the performance will ultimately be shut down thanks to the rule Eurovision does have re: no animals on stage. Or at least let's hope? Either way, it's safe to assume that this ain't no American Idol.