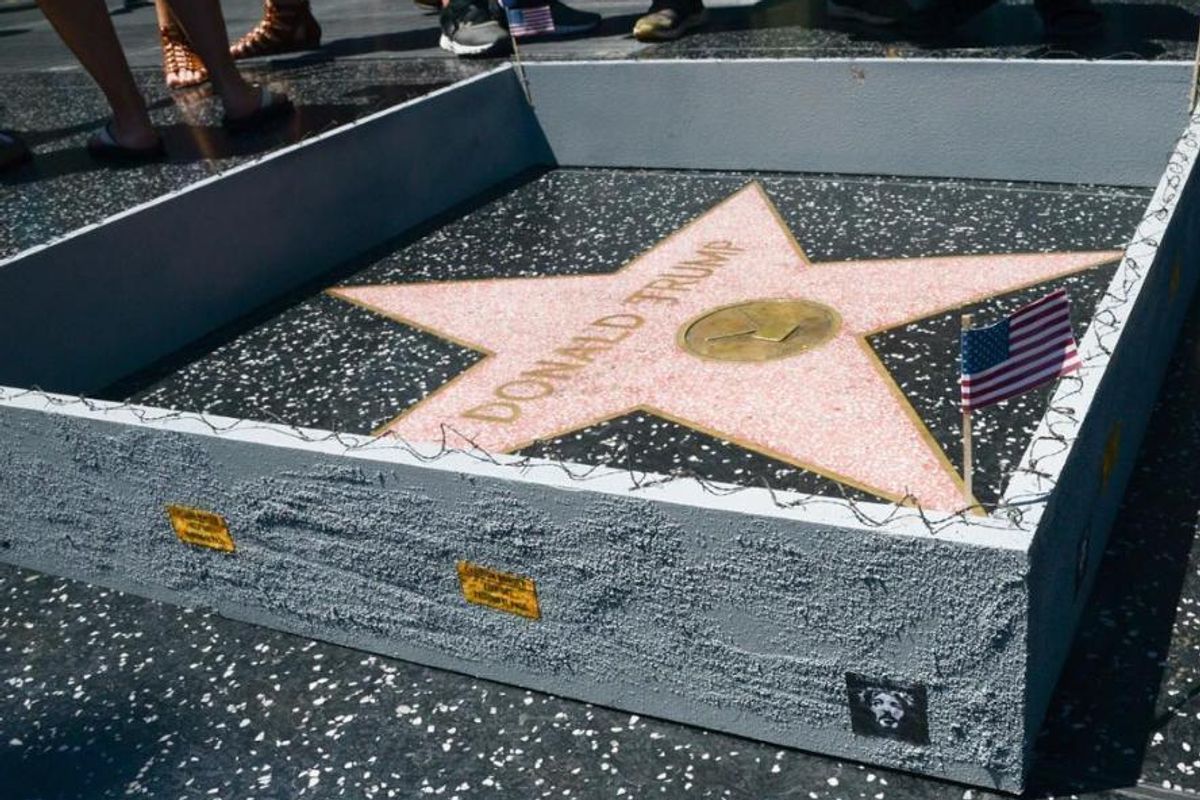 Standing 6-inches tall and coming complete with razor wire, "keep out" signs and a grey concrete exterior, the wall also sports the artist's go-to motto: "Stop making stupid people famous." An appropriate way to give Trump, whose platform touts the building of a wall between the U.S. and Mexico, the middle finger. Check out the piece below.