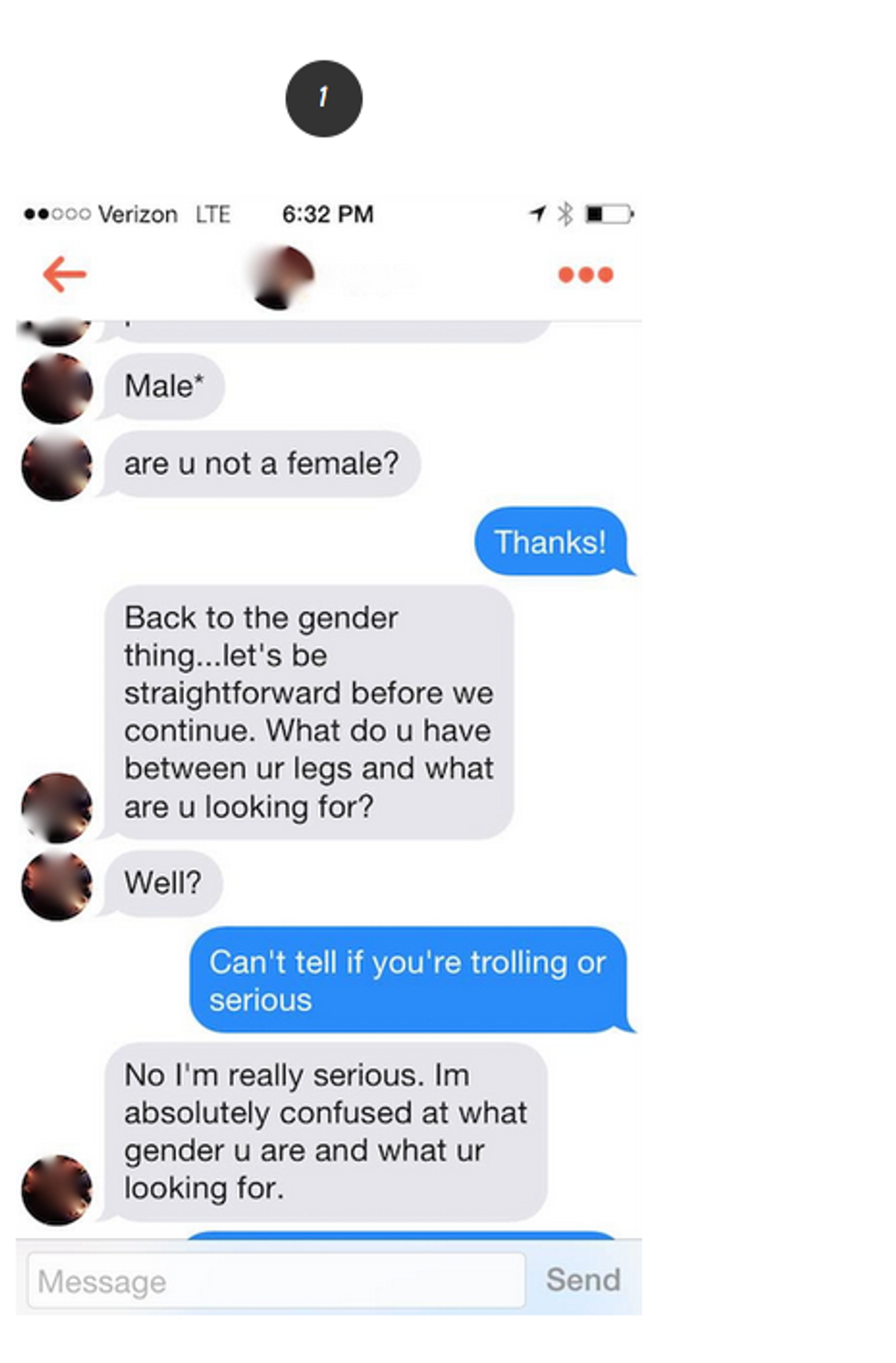 by Abby Schreiber
PAPERMAG
For all its convenience and array of possibilities, dating sites and apps can be a minefield of unwanted dick pics, corny lines and weird "straight white dude questions." That's why we're always impressed whenever someone calls out these lewd users on their behavior (shoutout to the girl who draws unflattering nude portraits of gross guys on OkCupid). Recently, some guy hacked Tinder and found a way to get two dudes who matched with the same (fake) female profile to start propositioning one another instead. As first reported on The Verge, the California-based computer engineer created a program that "identifies two men who 'like' one of his bait profiles...and matched them to each other. The suitors messages --
some aggressive, others mundane, but all of them unabashedly flirtatious -- are then relayed, back and forth, to one another through the dummy profile."

The results are, not surprisingly, amazing and it's even more incredible that despite many, many indications that the two bros were not, in fact, messaging the woman (or even any woman) they originally thought, their quest for ass continued. Evidently the engineer got involved and revealed the prank any time an actual date was set up but not before some sexxxy come-ons were exchanged. Take a look at a few of these examples above and below and head to The Verge for more.