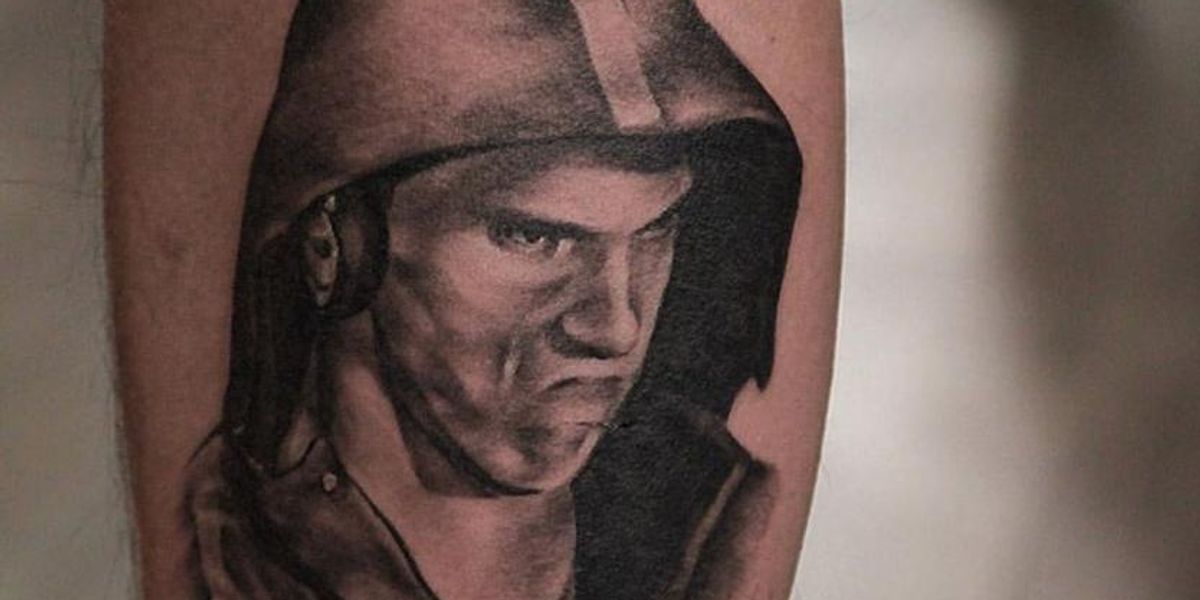 Someone Got A #PhelpsFace Tattoo

Just when you thought the fickle Internet cycle would take care of the meme known as #PhelpsFace, a Canadian tattoo artist named Ricky Fung got it tattooed on his calf.

Yep, Michael Phelps's death stare aimed at South African rival Chad Le Clos has been immortalized in ink for Fung, who owns Chronic Ink Tattoos of Toronto. Enlisting artist Livia Tsang, Fung told ESPN that he got the glower despite not really being a swim fan, as "just seeing him go out and win the way he has has been inspiring to me."

Even cooler? Apparently Phelps himself is also pretty impressed with Fung and the Chronic Ink fam.


You did a great job on that tattoo 👍 @liviatsang pic.twitter.com/NwBcurVTvC
— THANK YOU SHAWN (@matthew_slayss) August 15, 2016