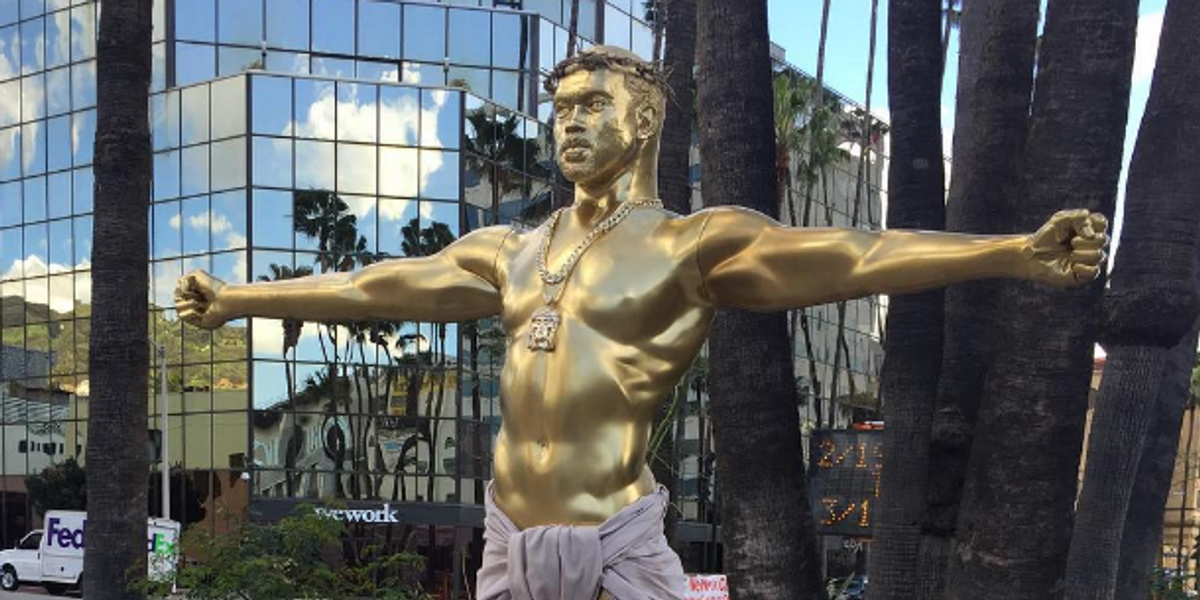 Somebody Put A Life-Size Gold Kanye Jesus On Hollywood Boulevard

Plastic Jesus, your boyfriend, told The Hollywood Reporter that the sculpture was a reaction to the way the public treats West:

"He's a genius at writing and producing but he's not a God, and that's where we put him. Until there's an issue in his life or a hiccup in his career, then we crucify him. We've seen it before with people like Britney Spears or Lindsay Lohan. The same people who put him into a God-like place are the same yapping at his heels for a piece of flesh when something happens. The piece is intended to be as critical of us as consumers and the media as it is of Kanye himself. We've created this idol from somebody who is clearly talented. "

Alright! The statue will be on Hollywood Boulevard today, but will be moved to Gibson Brands on Sunset Boulevard this evening for a Feb 25th art show entitled, "Anesthesia: The Art of Oblivion." Any final words before we close PJ?

"I would say the message is this: By all means, treat and respect these people are artists, but don't make them into gods — because we crucify our gods."