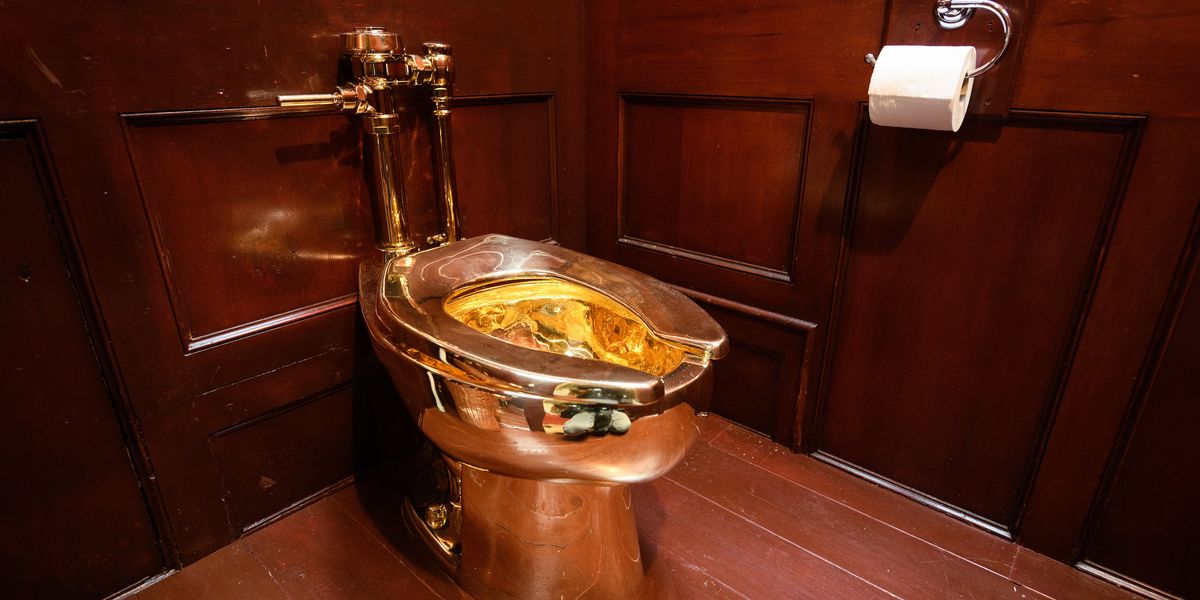 On Saturday, a fully-functional toilet made of solid 18-carat-gold has been stolen from Blenheim Palace in Oxfordshire, England — the ancestral seat of the Duke of Marlborough John Churchill, and where former British prime minister Winston Churchill was born. The art piece, which is titled, "America," was installed as part of an exhibition by Italian artist Maurizio Cattelan titled "Victory is Not an Option" that opened Thursday. The toilet alone was valued at over $5 million.

According to CNN, Thames Valley Police received a report of the toilet's theft at 4:57 a.m. on Saturday morning. The thieves allegedly left the scene at about 4:50 a.m. And currently, a 66-year-old man is in police custody as a suspect in connection with the theft.

"Due to the toilet being plumbed in to the building, this has caused significant damage and flooding," Detective Inspector Jess Milne said in a public statement. "We believe a group offenders used at least two vehicles during the offense." Milne added, "The artwork has not been recovered at this time but we are conducting a thorough investigation to find it and bring those responsible to justice."

The Blenheim Palace has also released an official statement via their Twitter page, confirming the incident. "We are saddened by this extraordinary event, but also relieved no-one was hurt." They continued, "It's therefore a great shame an item so precious has been taken, but we still have so many fascinating treasures in the Palace and the remaining items of the exhibition to share."

Before the gold toilet was ever installed, the Duke of Marlborough's half-brother, founder of the Blenheim Art Foundation, Edward Spencer-Churchill said last month that the lavatory wouldn't be "the easiest thing to nick." He told The Times, "Firstly, it's plumbed in and secondly, a potential thief will have no idea who last used the toilet or what they ate. So no, I don't plan to be guarding it."

"America" was first shown at the Guggenheim in New York City in 2016, and made headlines in 2017 after Donald Trump's White House emailed the Guggenheim asking to borrow Vincent Van Gogh's 1888 painting "Landscape with Snow." Instead, the Guggenheim's curator offered the gold toilet.

The investigation on the robbery continues, but the Blenheim Palace will be open again on Sunday.