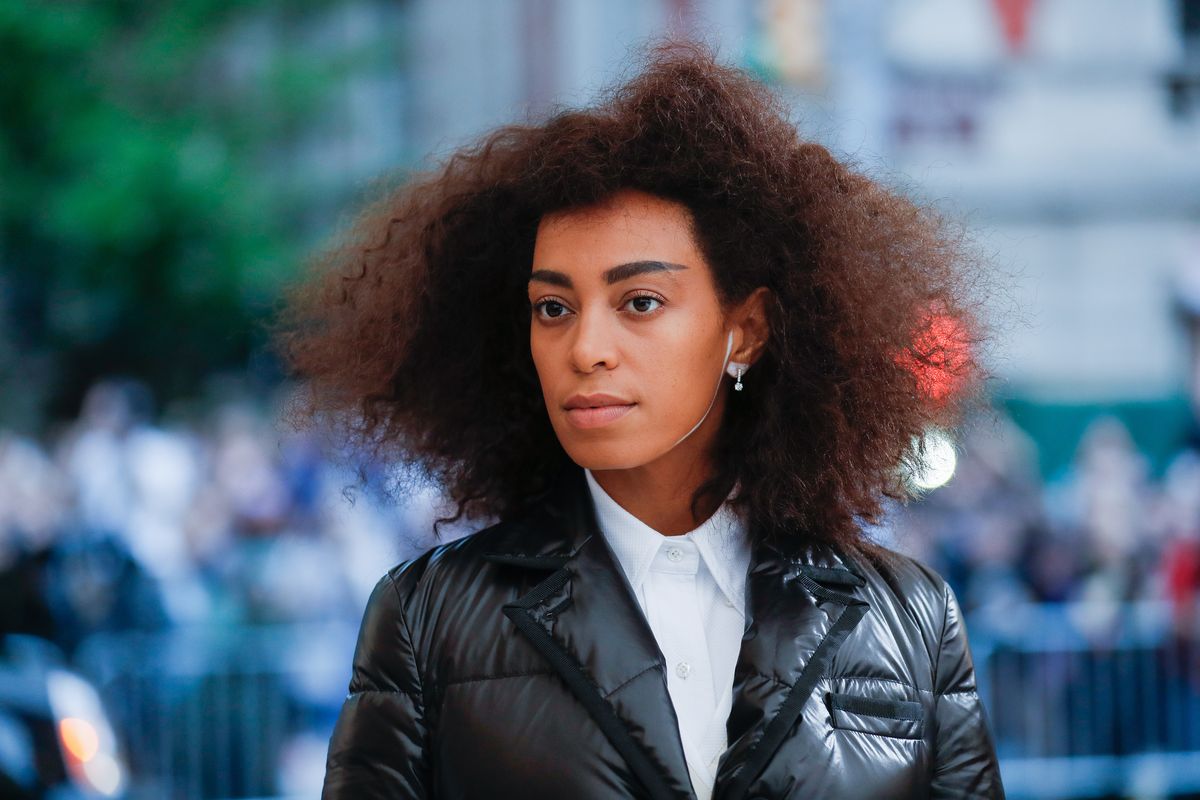 On Saturday, Solange Knowles Ferguson will take the stage at New York's Afropunk Festival to deliver what will surely be typically stunning live renditions of her songs from A Seat at the Table and True while using movement and dance to further amplify the salience of her forthright lyrics. Today, just 24 hours shy of this celebratory moment, the younger Knowles sister is doing something similar, while also, somehow, being totally different.

Teaming up with London's Tate Modern art gallery for their "Soul of a Nation: Art in the Age of Black Power" exhibition, Solange has created Seventy States, a digital art piece that explores Black womanhood and identity. Directed by Alan Del Rio Ortiz and made in conjunction with Carlota Guerra, the piece features a new original score called "We Sleep In Our Clothes," never-before-seen performance pieces, two untitled poems, and extra concepts that weren't used in the stunning visuals she released for "Cranes in the Sky" and "Don't Touch My Hair." There is also an installation by Ricardo Basbaum.

According to a press release, Solange "wanted to create a specific scenography through movement and landscape to communicate my states of process through this record." She continued, "I decided to do this through a visual language."

"Soul of a Nation: Art in the Age of Black Power" is on display at Tate Modern until October 22nd.

Take a look at some of Solange's beautiful creations below.

Head here to check out the full interactive online exhibit.