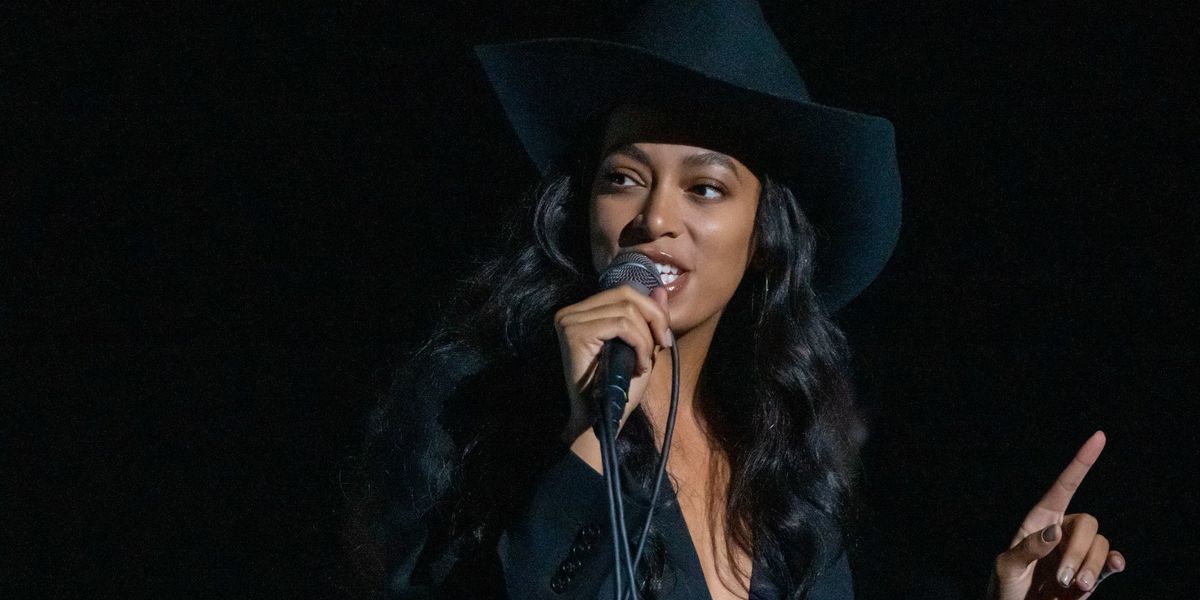 It is Friday afternoon, and we have been gifted an incredible meme to procrastinate until 5PM with: looping audience footage of Solange's Witness! concert at the Hamburg Elbphilharmonie last week, which depicts her singing the lyrics of "Almeda" very pointedly to an older white man in the front row.

If you're not familiar, "Almeda" is a song that's a lot more Houston than Hamburg, and it specifically celebrates elements of Black Southern culture. In the clip, Solange gets right in the man's face for the song's most well-known verse: "Brown zippers, brown face/Black skin, Black braids/Black waves, Black days/Black baes, black days/These are Black-owned things." He wisely chooses not to argue with her on that point.

Related | Solange's Latest Album Is a Love Letter to Home

The comedy here obviously comes from the total silent stillness of not only Solange's chosen victim but also the people around him. They have no idea what to do! It's also a very literal visual representation of Solange's intentions as a defiantly Black artist uninterested in catering to a white audience — let alone a subdued crowd of middle aged German classical music fans.

You can't get much of an impression from this brief clip, but Solange's two Witness! Shows in Hamburg were accompanied by a 38-piece orchestra, and she debuted six new fully choreographed musical works, merged with songs from A Seat at the Table and When I Get Home. As evident from the confused audience expressions, the Germans weren't necessarily loving it. One very bold local critic called the show "poorly attended" and complained that Solange and her dancers turned up an hour late. He also declared that Solange "cannot dance," while in the same sentence observing that she fully did the splits "from the front podium edge into the first row of seats."

With that in mind, let's soothe ourselves by watching the video a few more times.