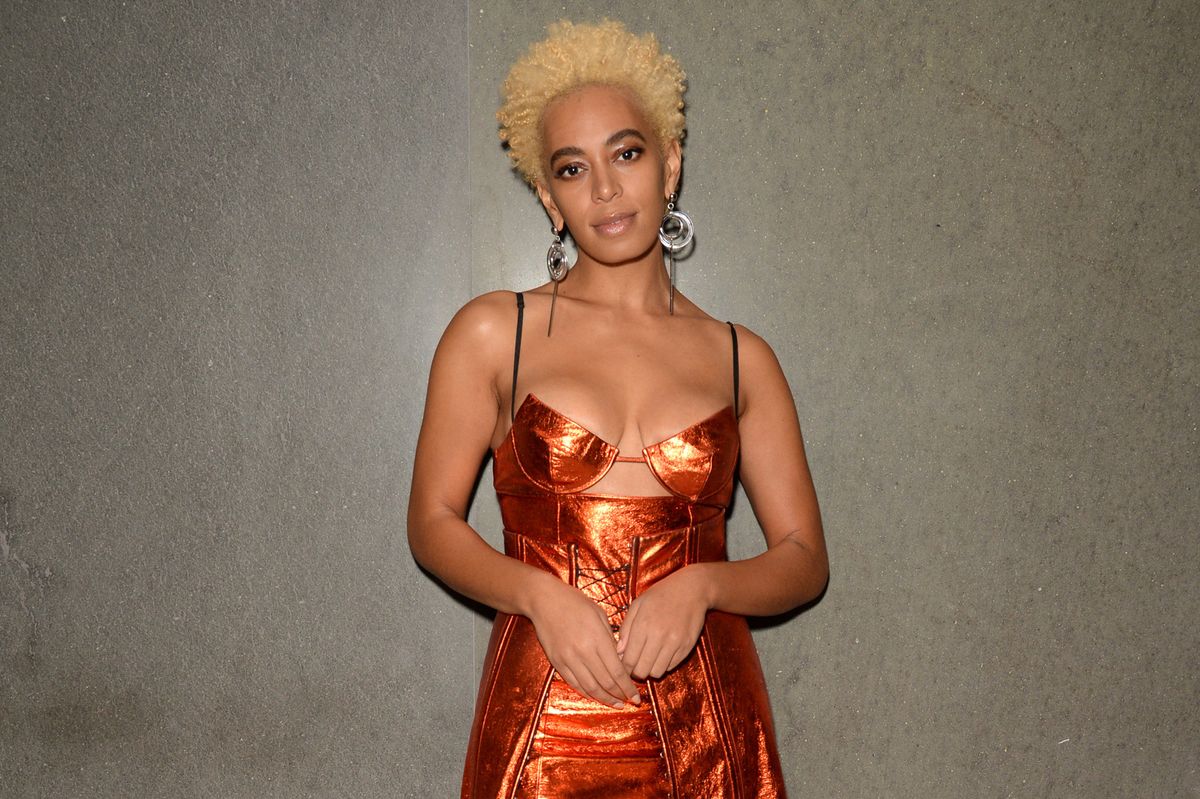 Solange Says It's a 'New Goddamn Day' for Women in Music

After Solange released her game-changing album A Seat at the Table, it quickly became clear that the world would never again be the same. So now Billboard has done a very good thing, and recognized the icon's contribution to music (and us all) with the "Impact" award. Go off, sweet princess.

Accepting the honor at last night's Billboard Women in Music 2017, Solange credited her ability to "shut out outside noise" for her success with the project, which rose to the top of the charts while highlighting social injustice issues. She also spoke about her father Matthew Knowles (famous former manager to Destiny's Child and subsequently Beyoncé as she pursued a solo career), who Solange said used to read Billboard when she was a child and told her she would someday "define success."

Solange also wore this killer suit to deliver these wise words: "I have so much gratitude in my soul for how the way my work connected with people," Solange said as she accepted the award. "When I think about the word 'impact,' I can't think of a more humbling way to articulate the mark that I would have liked to leave on the world with this work."

She also addressed the way the industry is waking up to the enormous capabilities of women in music: "It's a new goddamn day and I'm loving it."

(She also ran into Pharrell and frankly we could all use them cooking up magic in the studio together).