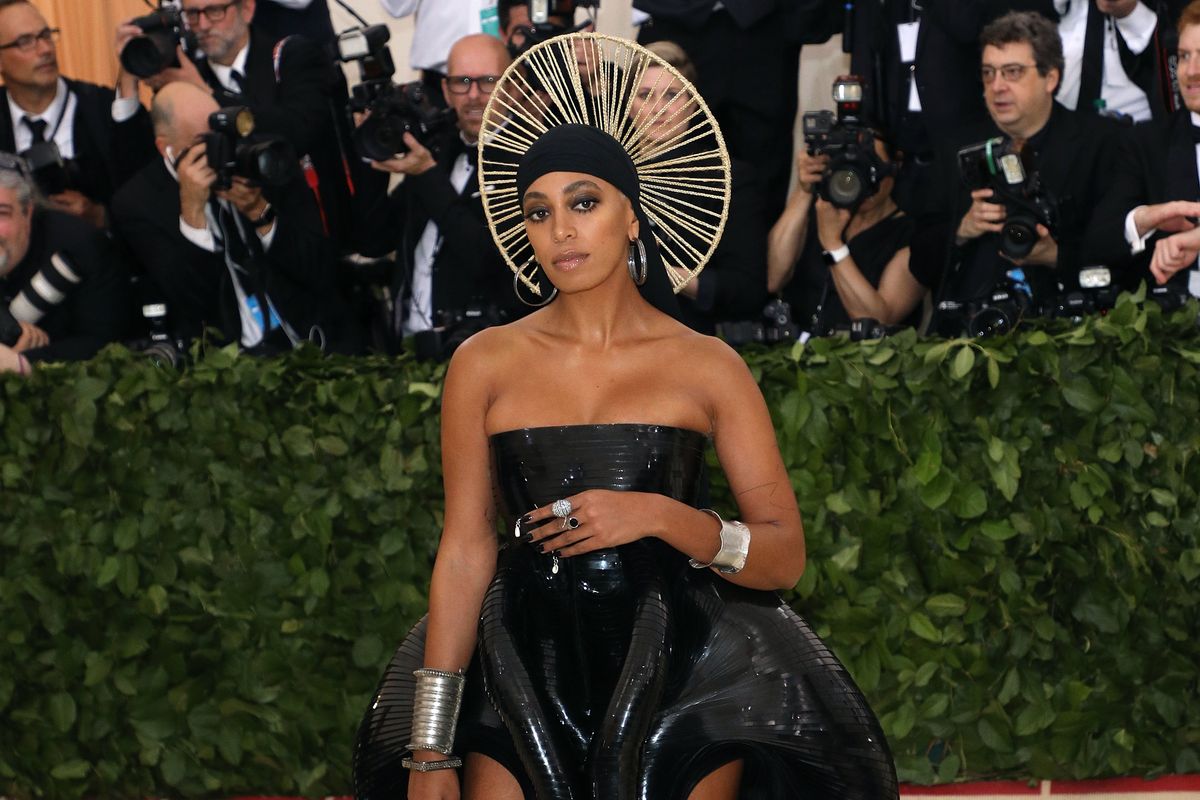 Solange's New Album Due at a 'Mysterious And Unexpected Moment'

A Seat At The Table changed lives in 2016 as a political-personal epic on black femininity. Now, via this morning's interview with the New York Times, the visionary mononym has announced the culture could be hit with its follow-up any day now: "The record will likely arrive into the world arrive into the world fully formed at some mysterious and unexpected moment." Can we just say that we've never needed her more? Here's what we know:

The title still a secret and it's still "in progress." Solange revealed of the sound: "There's a lot of jazz at the core… But with electronic and hip-hop drum and bass because I want it to bang and make your trunk rattle."

It was created across a slew of vibrant geographies including New Orleans (where she married her husband and is a part-time resident), Jamaica, California's Topanga Canyon and her hometown of Houston.

"I like to be able to tell the story in 13 different ways, then I like to edit," she explained of her creative process, saying that, just like with a A Seat On The Table, her songs begin expansively long, upwards of 15 minutes, only to be trimmed down once the full album's vision is clear.

"The record will be warm," she said, "fluid and more sensual" than her last one. "I have this fear living in my body about releasing work," she says. "I don't know any artist that doesn't feel that before they hit the send button."'

A Seat At The Table had its own fiery kind of heat. As Solange puts it, of her last release, "I constantly call it my punk album because it was like, this is my time to shake things up and be loud."

In the interview, she compares making the record to her childhood experiences in her Black church in Houston: "long-ago Sundays in church watching the grown folk taken over by the spirit, carried off into into something greater than themselves."

She had us at "make your trunk rattle." Whether Solange is speaking her truth and articulating her vision with bangers or ballads, she's coming for us this fall, and we'll be waiting by Twitter for the alert to be sounded that the day has come.