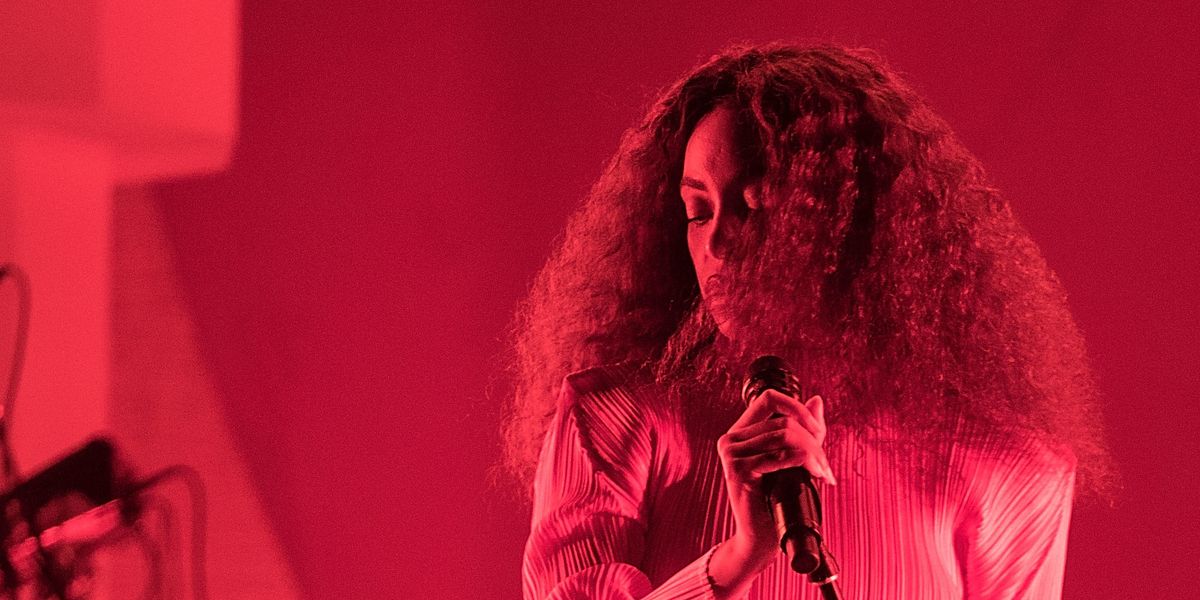 Solange's last album, A Seat at the Table, was not only a sonically and lyrically poignant reflection on black womanhood, but also a dense cross-disciplinary art project that combined voice recordings, music, dance, and avant-garde costume and set design. Now, she's pushing her artistic boundaries ever further with a new performance art piece called Metatronia.

The piece was debuted at the Hammer Museum in Los Angeles. Solange directed the video and choreographed the accompanying dance performance with Gerard & Kelly. She also created a sculpture called Metatron's Cube that is transportable and will be shown across the country, Dazed reports.

Metatron's Cube is a minimalist white cube with a set of stairs and large geometric cutouts along its faces. A video of the performance shows dancers clad in white, black, and yellow flowy outfits moving in sharp, angular motions throughout the sculpture.

In a statement about the project, Solange said, "Metatronia explores the process, and mapping of creation. The piece is an exercise on following the intuitive force that guides us, helping us to create space, and silence the mind to create the work. Continuing my practices and interest in exploring the relationship of movement and architecture as a meditation, Metatronia centers around building frequency and creating charge through visual storytelling."

Watch a video of the performance here.