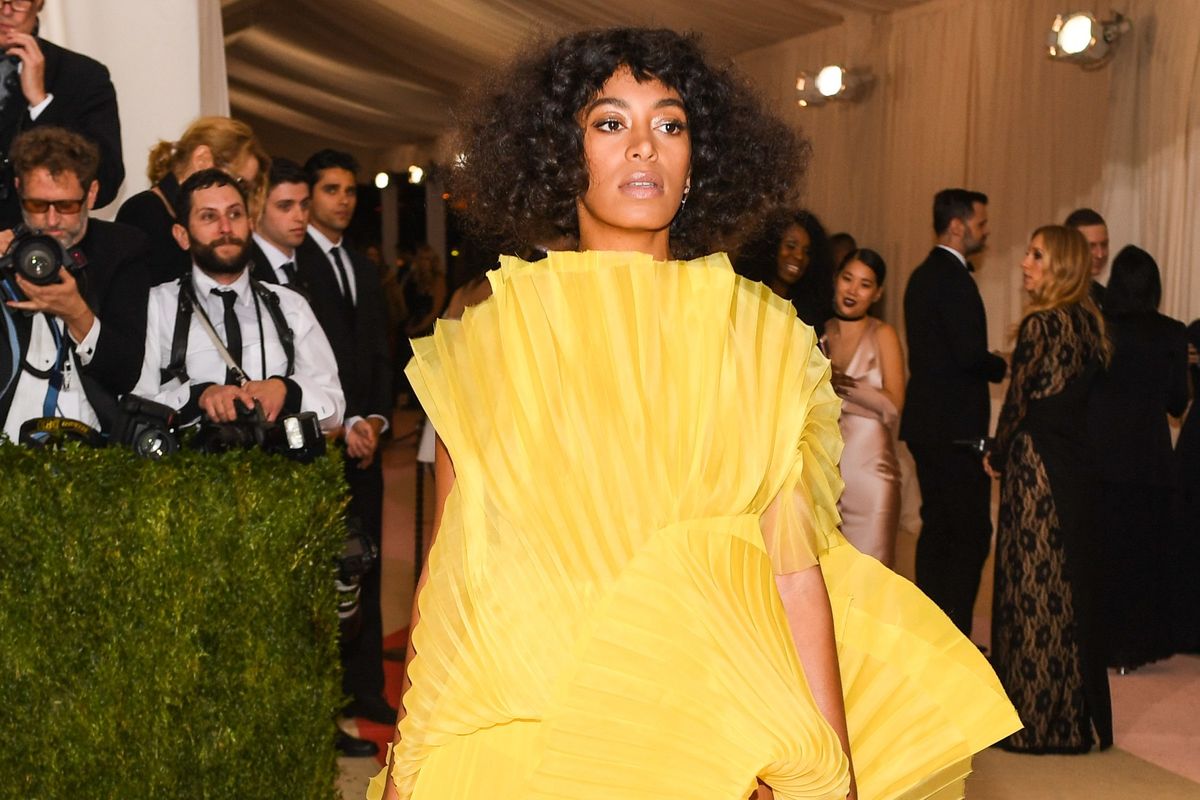 Over the weekend, Solange Knowles says she was the victim of targeted nastiness from a group ofwhite women sitting behind her and her family at a Kraftwerk concert -- an incident she tweeted about.

But in this moment, I'm just going to share my experience...
So that maybe someone will understand, why many of us don't feel safe...
— solange knowles (@solangeknowles) September 10, 2016

Her tweets, however, were met with pushback from the usual twitter idiots who completely missed her point:


As such, Knowles wrote a follow-up letter further addressing the everyday aggressions black people in predominantly white spaces tend to experience. Explaining that she was rudely commanded to "'Sit down now, you need to sit down right now' from the box behind" her, and then pelted with a half-eaten lime when she didn't stop dancing, she likened this particular experience to similar moments in her life when people's actions have screamed "you don't belong here."

"You're full of passion and shock, so you share this story on Twitter, hands shaking, because you actually want these women to face accountability in some kind of way," she wrote. "You know that you cannot speak to them with out it escalating because they have no respect for you or your son, and this will only end badly for you and feel it's not worth getting the police involved. So, you are hoping they will hear you this way."

However, Knowles also acknowledged the sad reality that many would automatically assume she was in the wrong and "come up with every excuse to remove that huge part of the incident and make this about you standing up at a concert 'blocking someone's view'" -- despite the fact that she was the one that had trash thrown at her in front of her 11-year-old son.

"Now that you use your platform consistently to speak out on social, racial, and feminist issues, that people who have no awareness of your work outside of gossip sites and magazines, some of which who are most likely voting for Donald Trump, have been starting to engage and/or target you in public and social media in regards to race," she continued, adding later that, "You do not dislike white people but dislike the way that many white people are constantly making you feel. Yet you know no amount of explaining will get you through to this type of person in the first place."