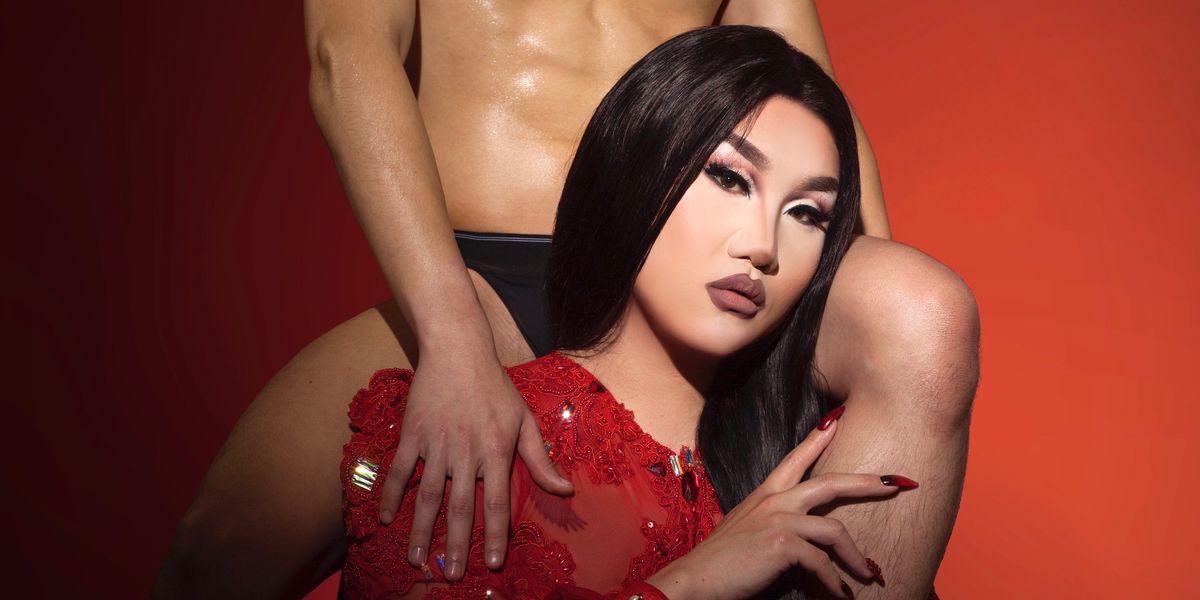 Soju has returned with "Bang!," an empowering new single with an accompanying TikTok dance challenge, to brighten up your Friday.

With nods from the likes of industry superstars CL and Tiffany Young, the Drag Race star is already well on her way to solidifying herself as the "K-pop drag princess," and "Bang!" (dance routine and all) just further exemplifies this.

Here’s my official Bang! Challenge!
Make sure to tag me and I’ll feature you on my Instagram story ❤️❤️❤️❤️#bangchallenge pic.twitter.com/ry03GuZucs

A darker turn from her previous work, "Bang!" pairs Soju's cheeky delivery with punchy hooks and a hefty dose of glitzy, K-pop indebted sounds, courtesy of producer Social Chair. That said, as a "deliberately sexy and in your face" track, it's also an effort that aims to challenge the societal expectations placed upon Asian-Americans and empower those who go against the grain.

"I used to feel ashamed to speak about smoking, drinking, and sex. I didn't think people looked at Asians as powerful and sexual beings," Soju said, also explaining that she wanted "to crush the 'model citizen' image that's been placed on Asians."

"We aren't here just to get into medical school and fly under the radar. Asians also have a voice that needs to be heard and represented!" she continued, later adding that, "We can set fire to the rain, we can fight back and we are sexy."

Granted, if her moves are any indication, Soju's already well on the way to TikTok super-stardom — and, now, you too can join her by hopping on the "Bang!" dance challenge. So as the musician herself said, "Go ahead gurl, feel the passion, and liberate yourself," one shimmy and a hair whip at a time.

Listen to "Bang!" and get dancing, below.