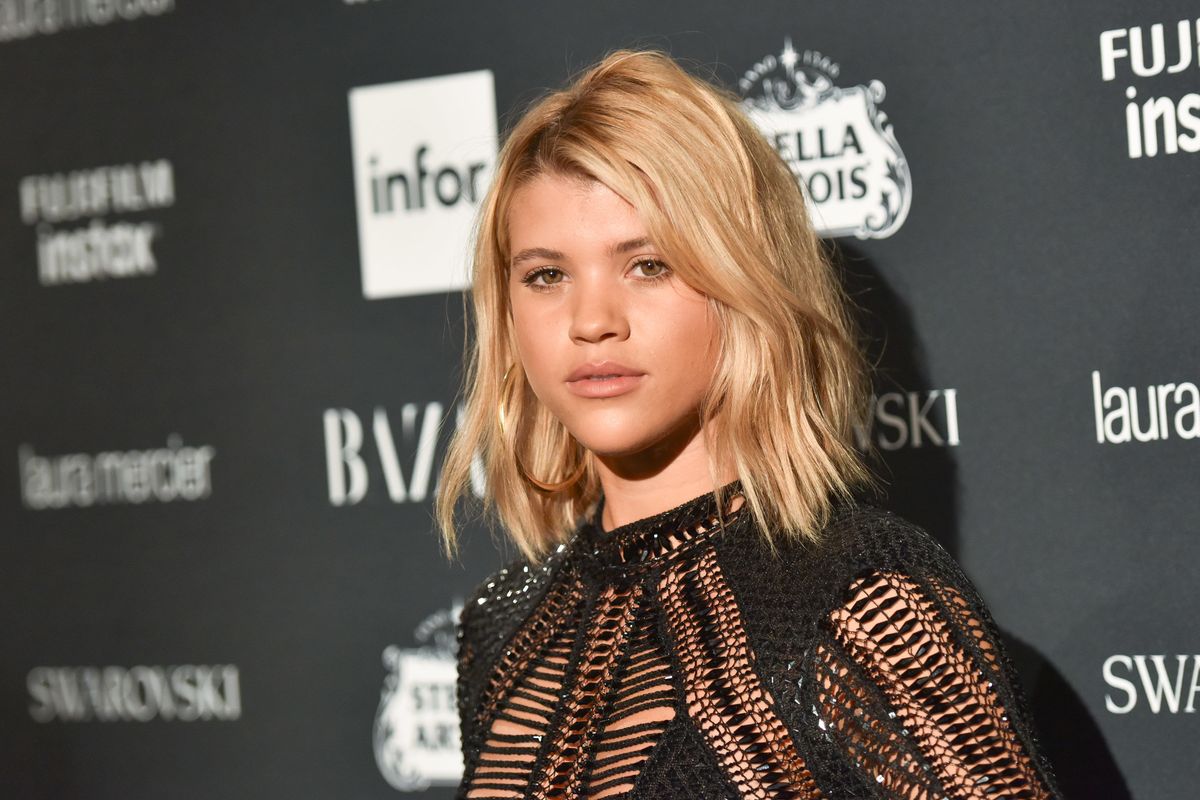 Sofia Richie Talks About Her Relationship With Kourtney Kardashian

Sofia Richie is opening up about her relationship with boyfriend Scott Disick and his ex, Kourtney Kardashian.

In a new cover interview for Cosmopolitan, Sofia got real about the scrutiny surrounding the 15 year age gap between her and Scott. That said, it turns out that she isn't all that bothered about the naysay, citing her parents' 18 year age gap as an example of why she isn't too worried.

"[I have] this weird thing where I just don't care what people think. [It] doesn't bother me because I'm very happy," she explained. "Why would I let someone from the middle of nowhere ruin that for me?"

According to the publication, Sofia's nearly three year-long relationship with Scott has been "drama-free enough to bring a reality TV producer to frustrated tears" — a feat, especially given the constant speculation surrounding potential beef between her and Kourtney.

Most recently, Sofia's reported unfollowing of Kourtney (though it appears she's since followed her again), along with her announcement that she would no longer appear on Keeping Up With the Kardashians, made headlines. However, if you ask the aspiring actress herself, there's nothing to really gossip about.

Rather, when asked about how they get along, Sofia simply said, "I mean, just be nice. There's no reason not to be nice" — a true statement if we've ever heard one.