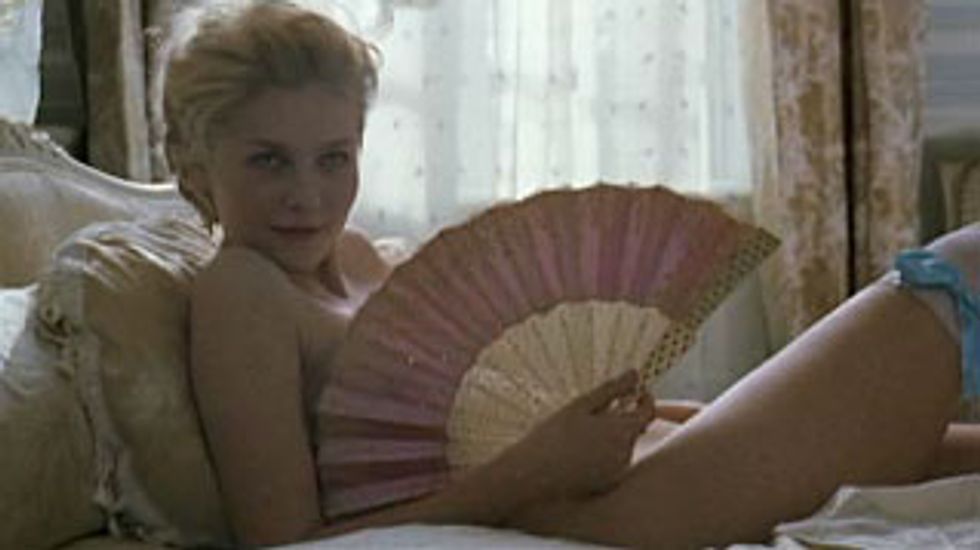 The trailer for Sofia Coppola's Marie-Antoinette is out and it sure looks like a lot of fun. Coppola is focusing on the child bride's early years when as a 14 year-old Austrian she (Kirsten Dunst) married Louis XVI (Jason Schwartzman) and became Queen of France, which perhaps explains why the trailer comes with New Order's 1983 song "Age of Consent" as the soundtrack. The French government granted special permission for the crew to film in the Palace of Versailles, including a magnificent ballroom scene in the Hall of Mirrors which was under renovation at the time and won't reopen till 2007. Coppola, who wrote Lost in Translation while grappling with Marie-Antoinette, is expected to portray the young monarch as a young girl with no connection to reality who finds herself in the wrong place at the wrong time. Like at the guillotine where she was executed during the French Revolution, though Coppola's movie will conclude before the unambiguous ending.

Cole Sprouse and Lili Reinhart Are a Cute Camp Couple