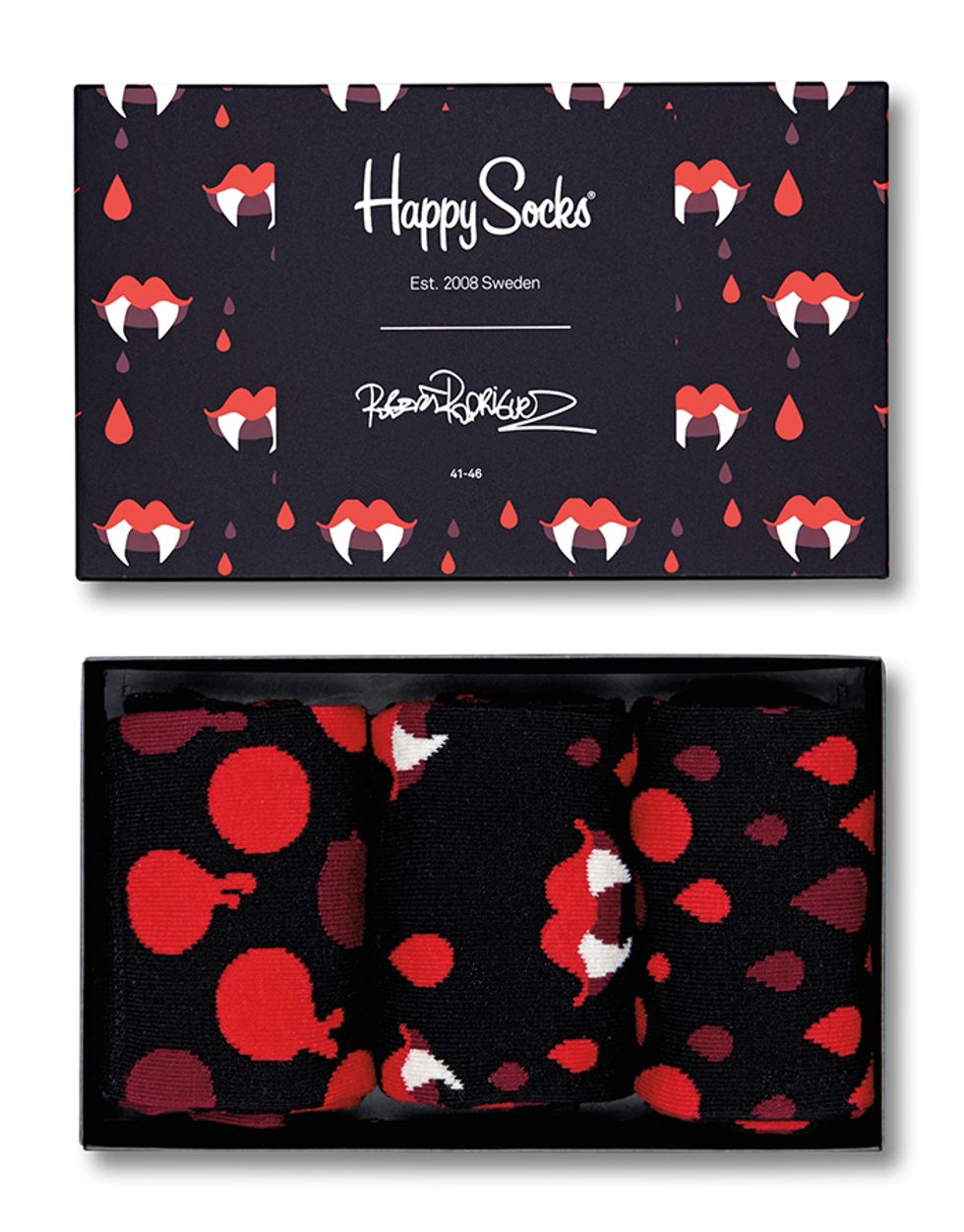 SOCK IT TO ME: Happy Socks Teamed Up With Director Robert Rodriguez On a Short Film and New Sock Collection

Horror filmmaker Robert Rodriguez collaborates with Happy Socks on a new line and a short film.

A sock company whose very name is 'Happy' might seem like an odd collaborator for one of the world's most respected horror film directors but the new partnership between Happy Socks and Robert Rodriguez, which includes three new sock designs and a short film, SOCK'EM DEAD, manages to capture the sock and underwear brand's playfulness with Rodriguez's grisly sensibility.

"The design is blood and fangs from the Culebras, a special brand of vampire that comes from Mexico and is rooted in ancient Mayan culture," Rodriguez says of the patterns on the socks, which nod back to his short film. "In SOCK'EM DEAD, our heroine, Madison, is attacked by a Culebra and she's able to take these special socks and use them as weapons to fight him off."

The filmmaker, whose previous work includes Grindhouse, Machete Kills, and Sin City, says he liked the creative challenge of "making a horror film around a pair of really cool socks." Having shot and edited SOCK'EM DEAD at Rodriguez's Austin-based production facility, Troublemaker Studios, the film's setting was a far cry from Happy Socks' homebase in Sweden but, if anything, it showed that whether worn in the desert (or used as a weapon to fight vampires), the socks can come in handy any time. And, with both the socks and the film launching this month, they arrive just in time for the holidays. "As soon as my daughter saw the short film she wanted the pair featured in it," Rodriguez says. "They make great gifts."

Behind the scenes: Robert Rodriguez and Madison Davenport