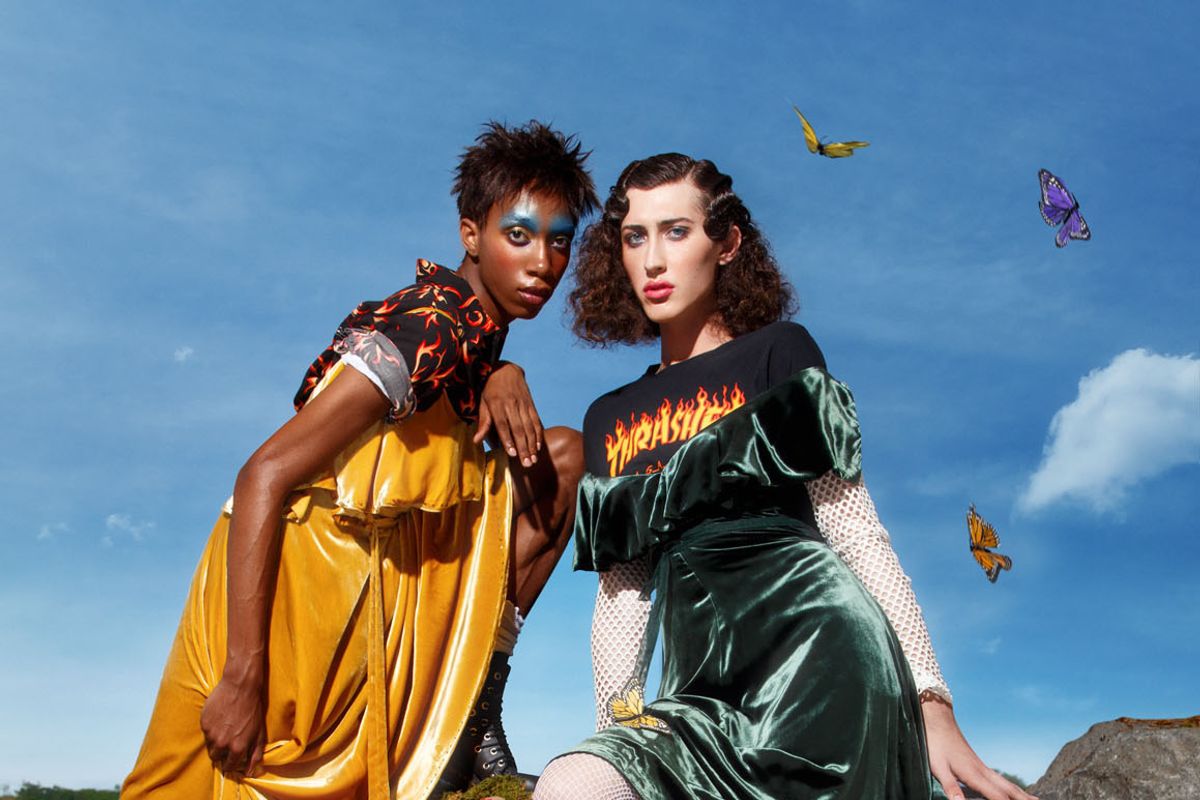 We're in an unquestionably strange era with regards to social media and politics; we have a First Lady-to-be who is pledging to fight cyber bullying while her husband, President Elect Donald Trump, might just be the biggest bully on Twitter of them all. Nevertheless, in spite of the haters and the trolls (not mention outright bigots), the Internet remains as much of a safe haven for cultural outliers than ever before. We spoke with three such renegades (who you can follow most prominently on Instagram): slapstick-ballerina Parker Kit Hill (@ parkerkithill), who entertains more than 1.2 million followers through his various social media accounts with his audacious sense of movement, comedy and dance; post-transcore it-girl Stevie Triano (@killifishes), who serves Instagram mood (and somehow manages to mix references to Cher a la Moonstruck and Mark Zuckerberg-chic) and walks fashion shows for brands like Vaquera; and Fernando Cerezo III (@fern.ando), the ultra-handsome, Latino firestarter that posts very-sexy selfies, which somehow manifest into poignant statements of art. Photographer Charlotte Rutherford features them in a photographic fantasy and the three share their thoughts on the role Instagram plays in their lives, Donald Trump and fashion, below. 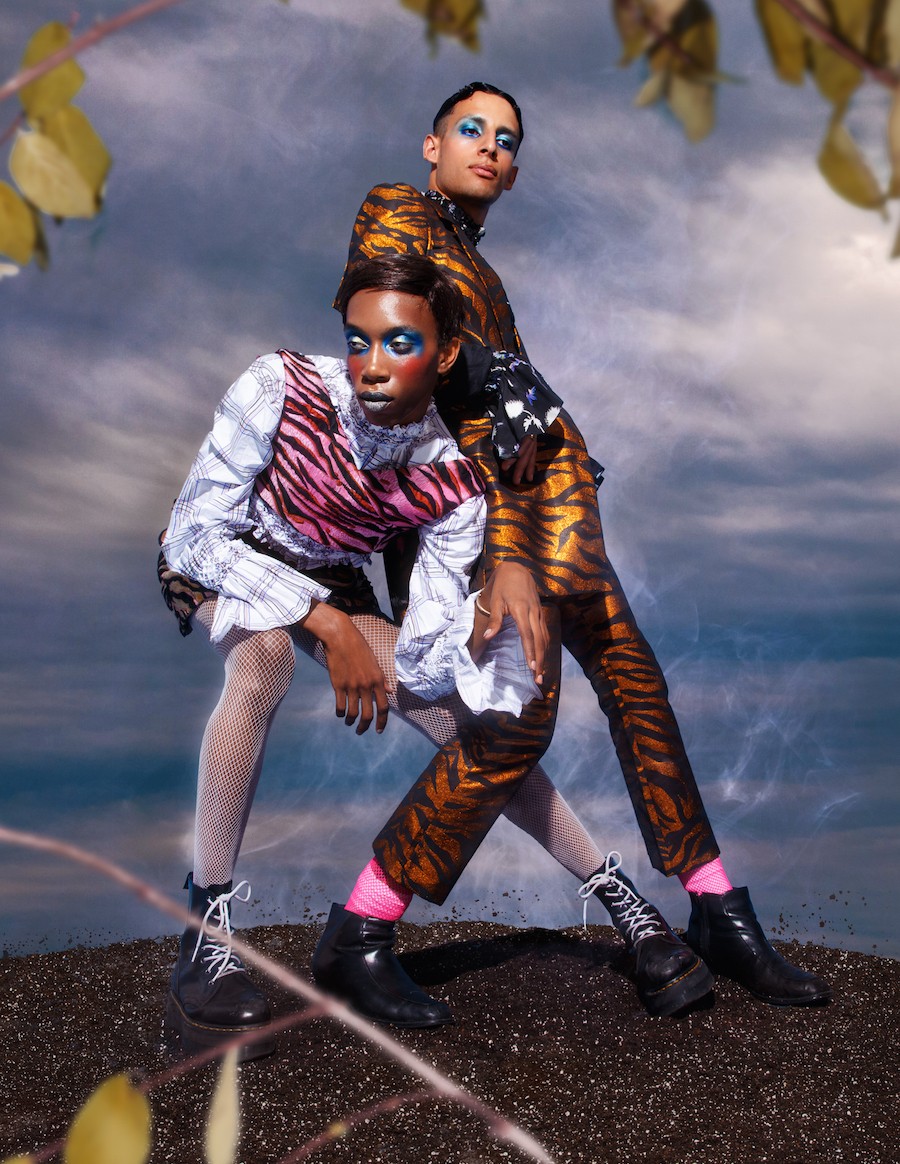 Parker: It's important to me because it was there for me whenever I had no friends in High School. I could always hop on Instagram and see a friend or a new connection in a different part of the world.

Fernando: Instagram for me has been something that I grew with. When I first got it, I used it just to share pictures of my friends. At that time, I didn't really feel like a sexual being at all. I must have been senior in High School. Sharing images of myself though helped me feel more comfortable with who I am. I started to work with my body - which I noticed was beginning to look more and more like a man, and decided to put women's clothing on it. I posed in ways men usually do not. I tuned into my Latino side and lived for my freckles, my tan and my curly hair. I began to notice myself as this form of exhibition. Instagram became a place for me to understand myself in queer and straight platforms. 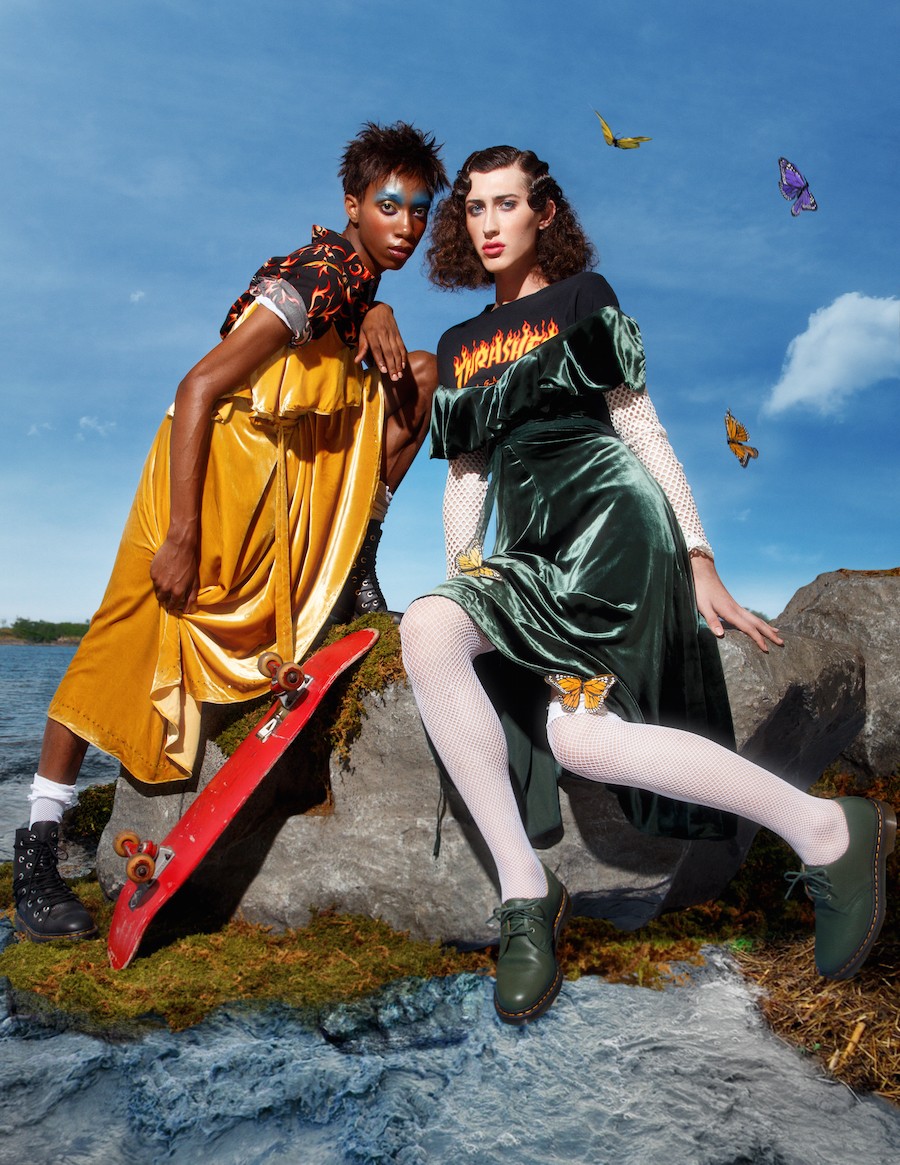 What are your thoughts on the election and where this country is now?

Parker: Donald Trump represents nothing to me. He will never know what it was like growing up as a gay black male in Texas. I'm not going to totally dismiss this because he is about to be our president whether we like it or not. I just wish that we could all come together regardless of skin color, ethnicity, political party or whatever else is causing separation. We need to find that middle ground together as a whole.

Stevie: The crimes this nation commits daily in the interest of capital make it impossible for me to feel pride. The very conditions of my life are inextricable from those crimes - even the allowances I've been luckily granted. This is where I was born. It's where my community is and I can't undo that. But pride isn't a word I word ever use to describe that attachment. 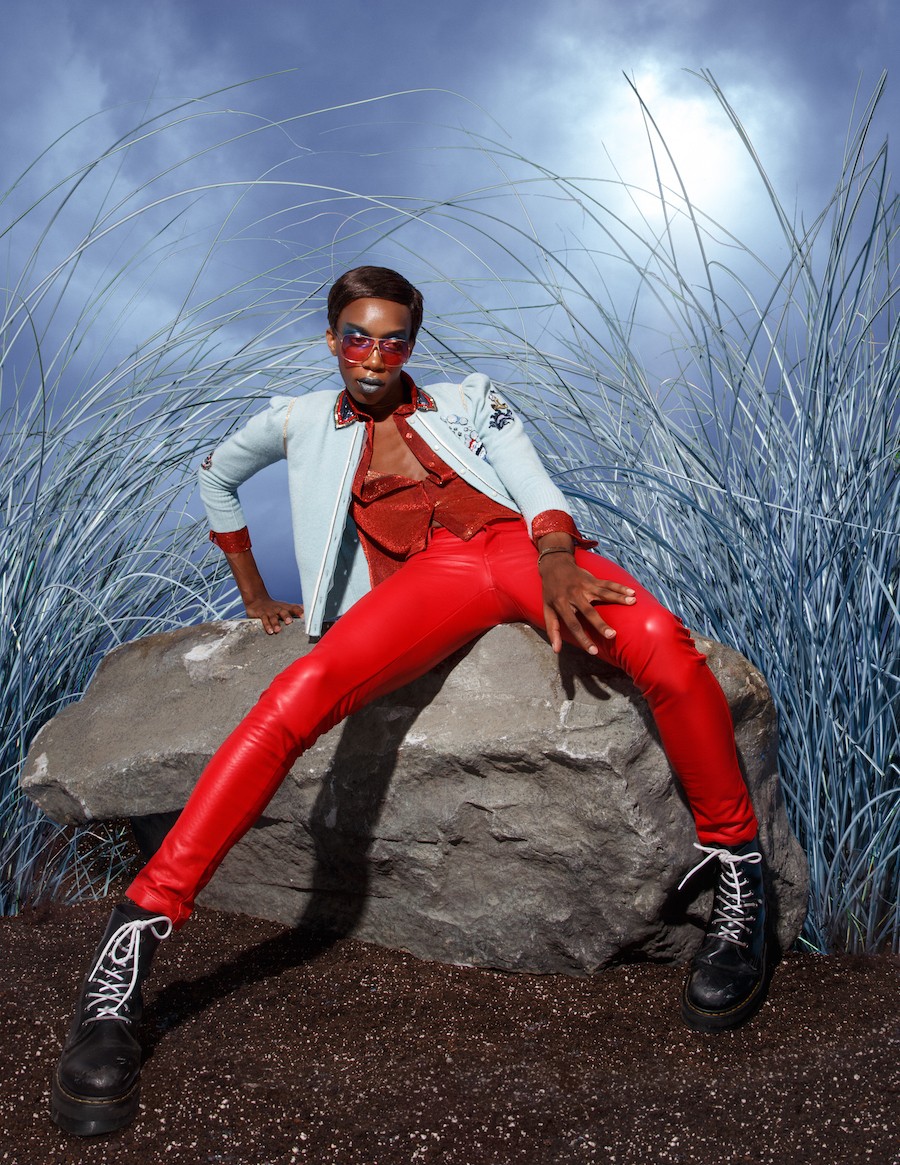 Parker wears a cardigan by Tommy Hilfiger, blouse by Gucci, pants by Tripp NYC and boots by Dr. Marten's 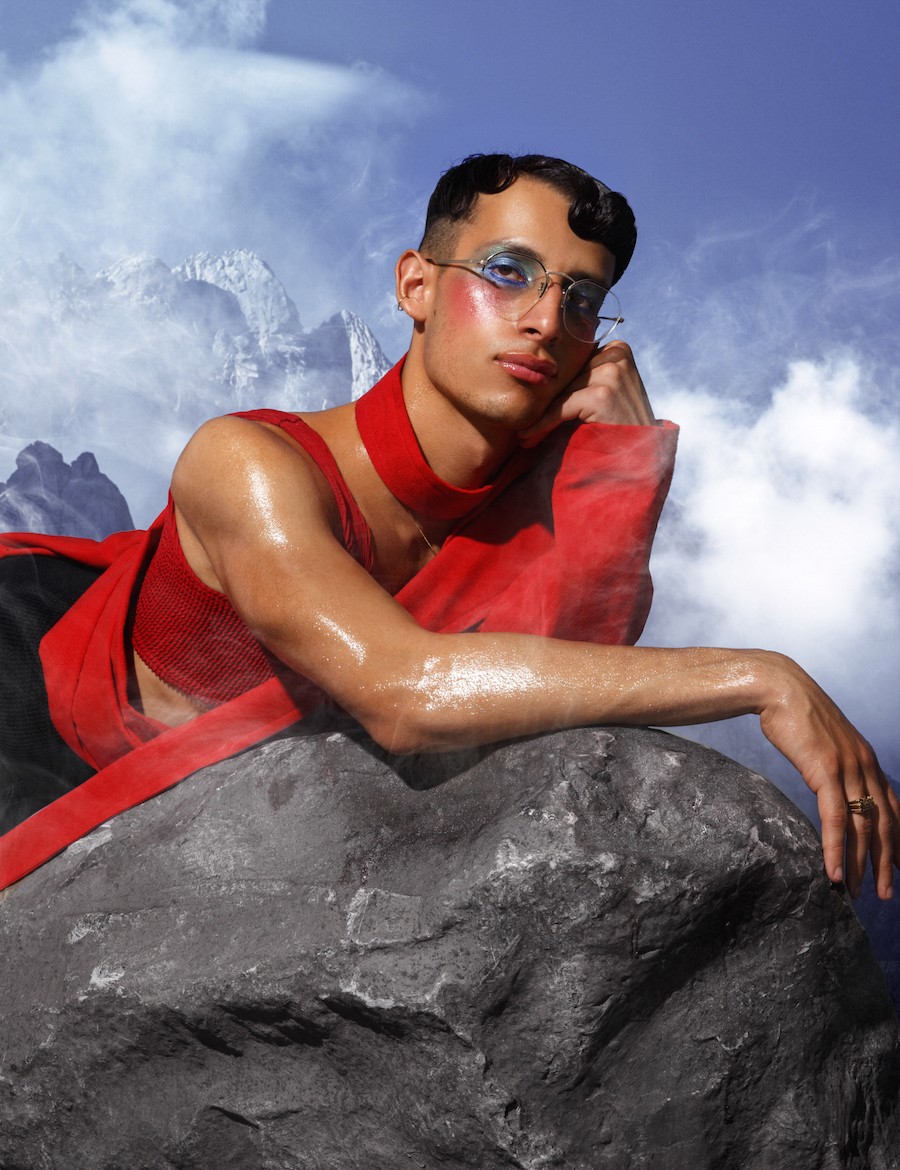 I'm an Aries. My moon is Gemini and my sun is Leo. So it's three really intense signs in one person.

Fernando wears a jacket by Sea and dress by Tripp NYC 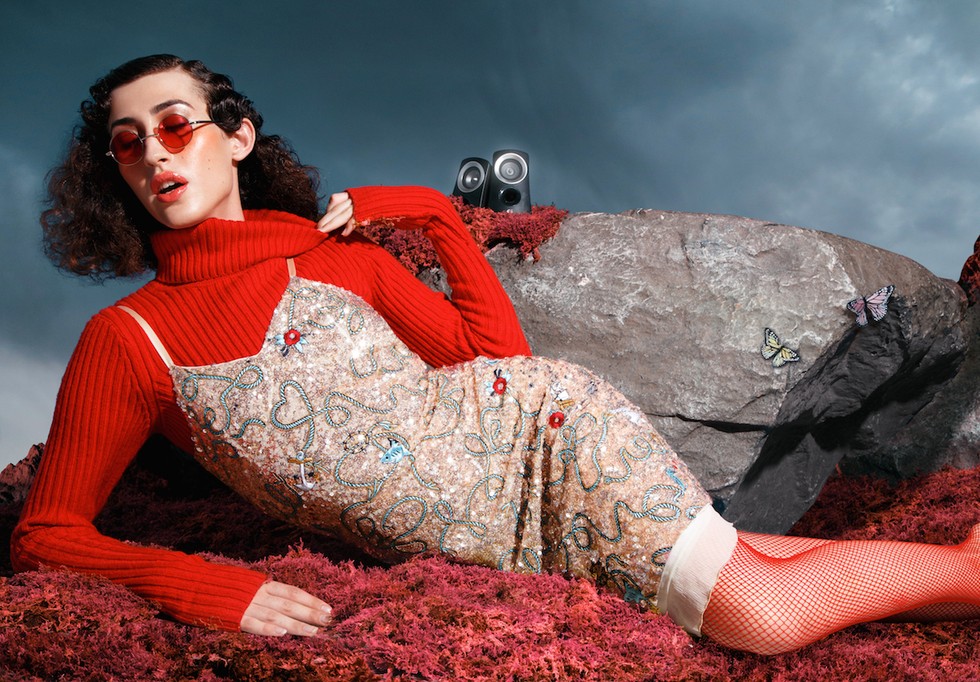 How would you describe your sense of style?

Non-existent (laughs). You know, I just follow what I like and sometimes buy things that I like. I'm more invested in fashion than it sounds but I don't feel like I have a noteworthy sense of style or something. It's very relaxed. I'm definitely more aware than the average person of what goes on in fashion - but not by some virtue of inner creativity or driving force. I admire the people that are doing that though and I have chosen to make a social life around that. 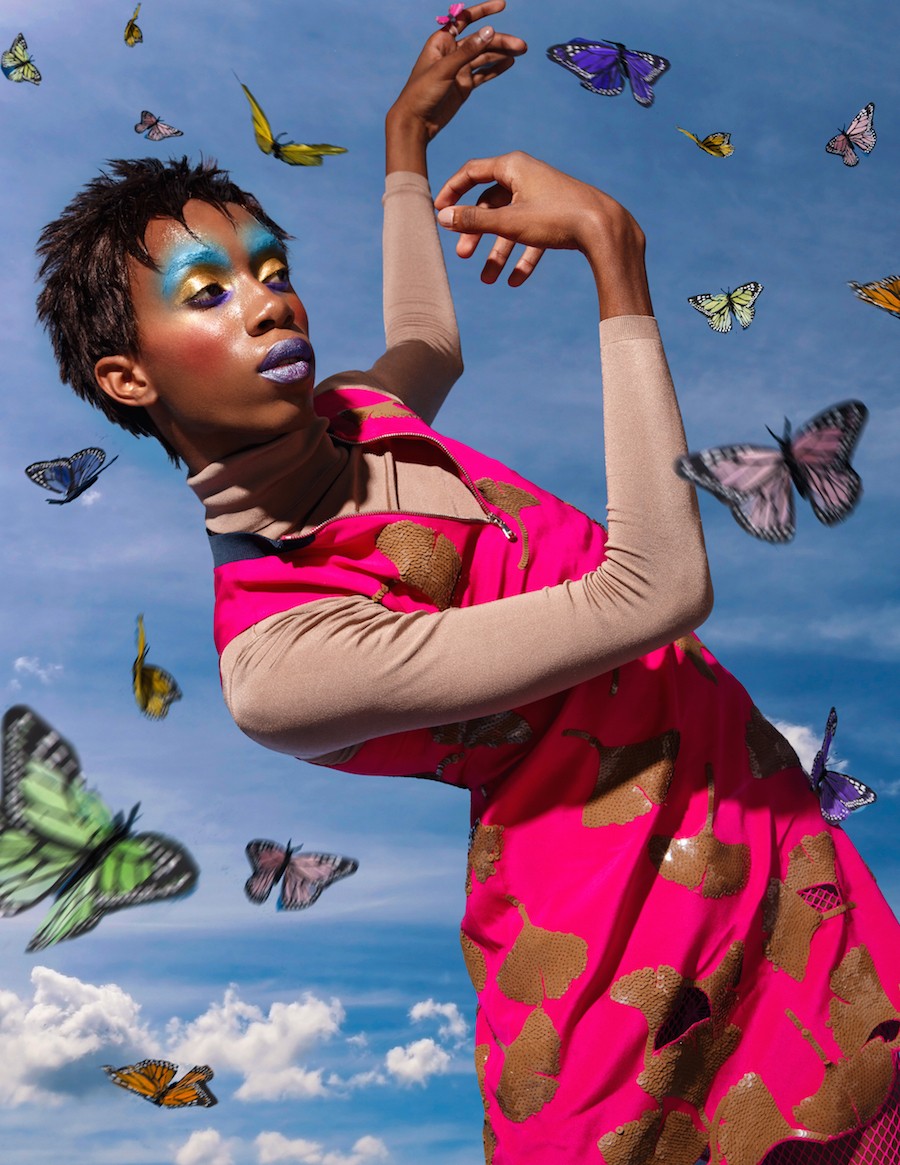 Parker wears a dress by 3.1 Phillip Lim and a sweater by Valentino 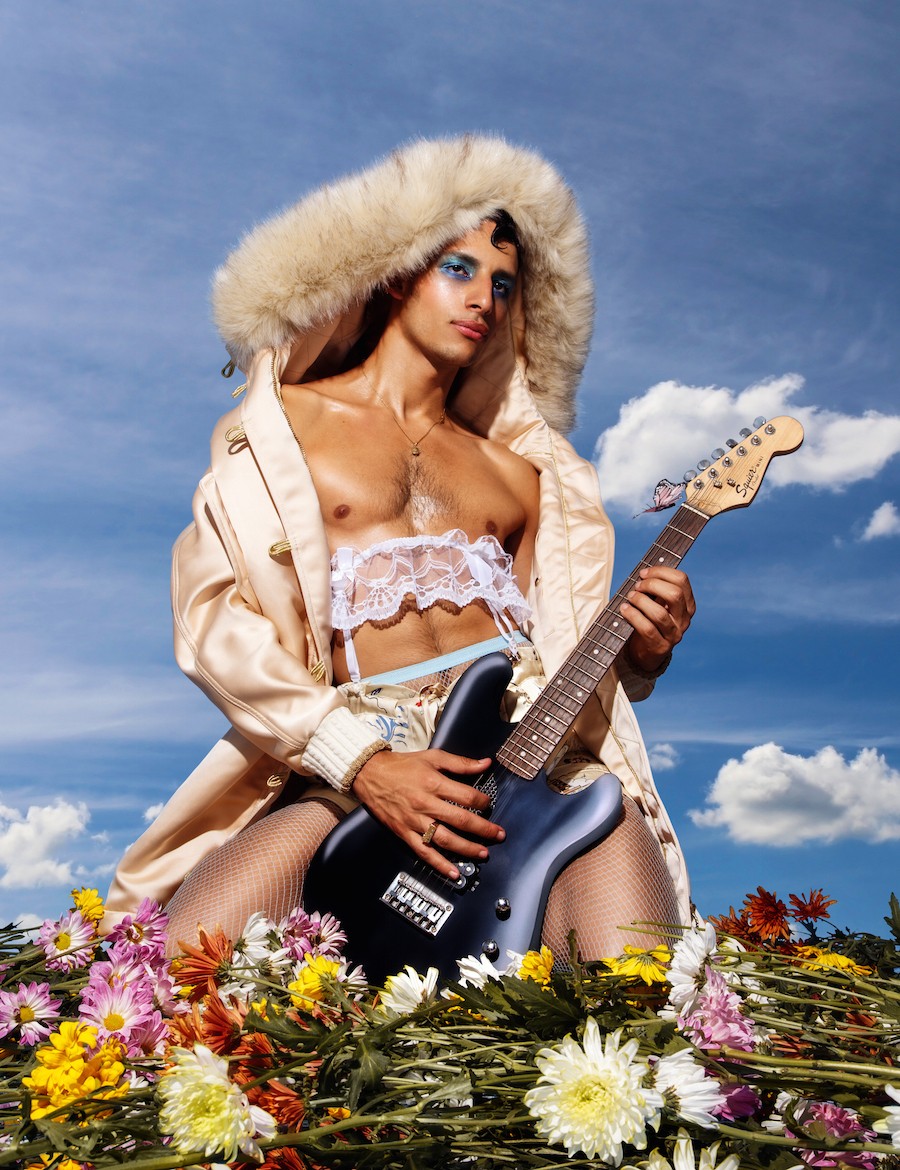 If you could live in another era what would it be?

In regards to aesthetic and fashion, I would say the 80's - reference: Paris is Burning. Everything about that film is so beautiful - and that's even going into the 90's a little bit. But it's really the late 80's. Although, as far as living life as freely and openly as a queer person, I think I'm living in the perfect moment right now.

Fernando wears a coat and shorts by Tommy Hilfiger 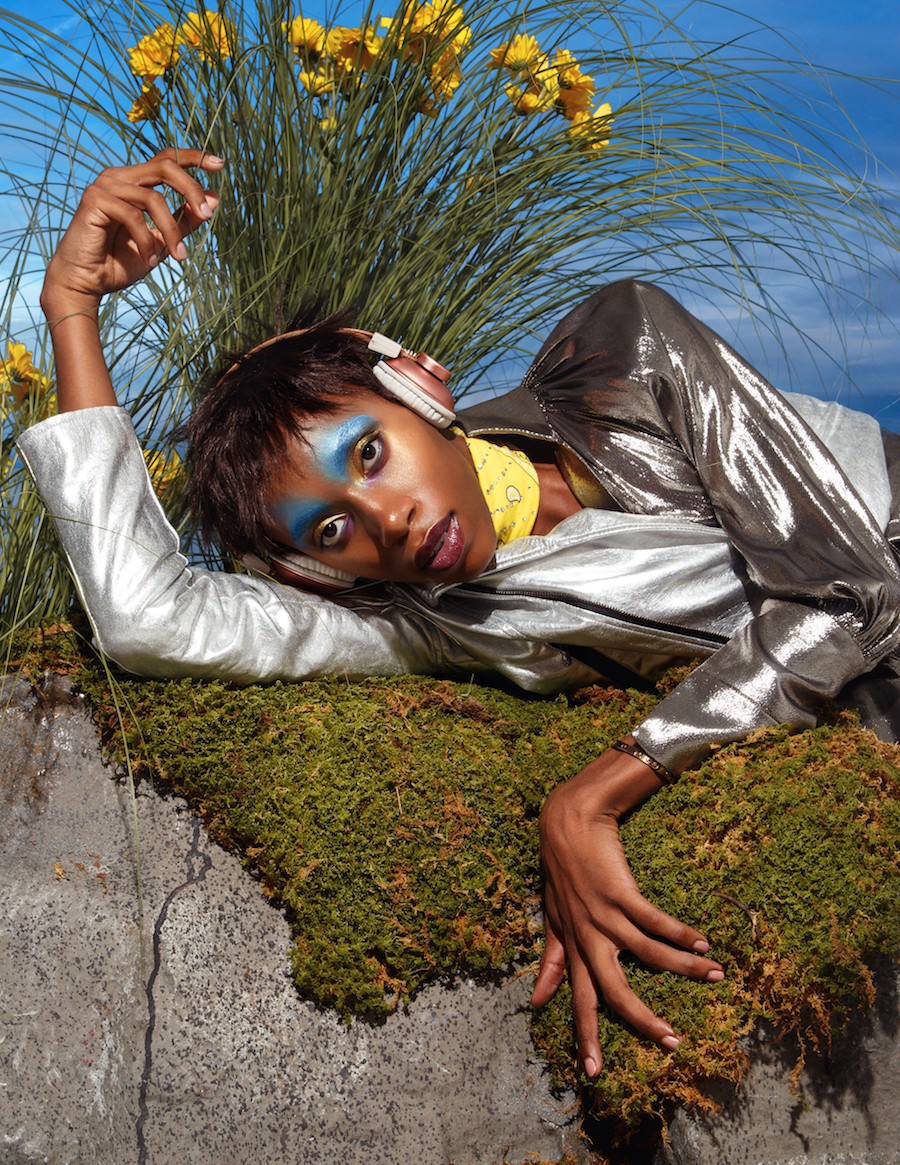 Parker wears a jacket by Tripp NYC and tunic by Ellery