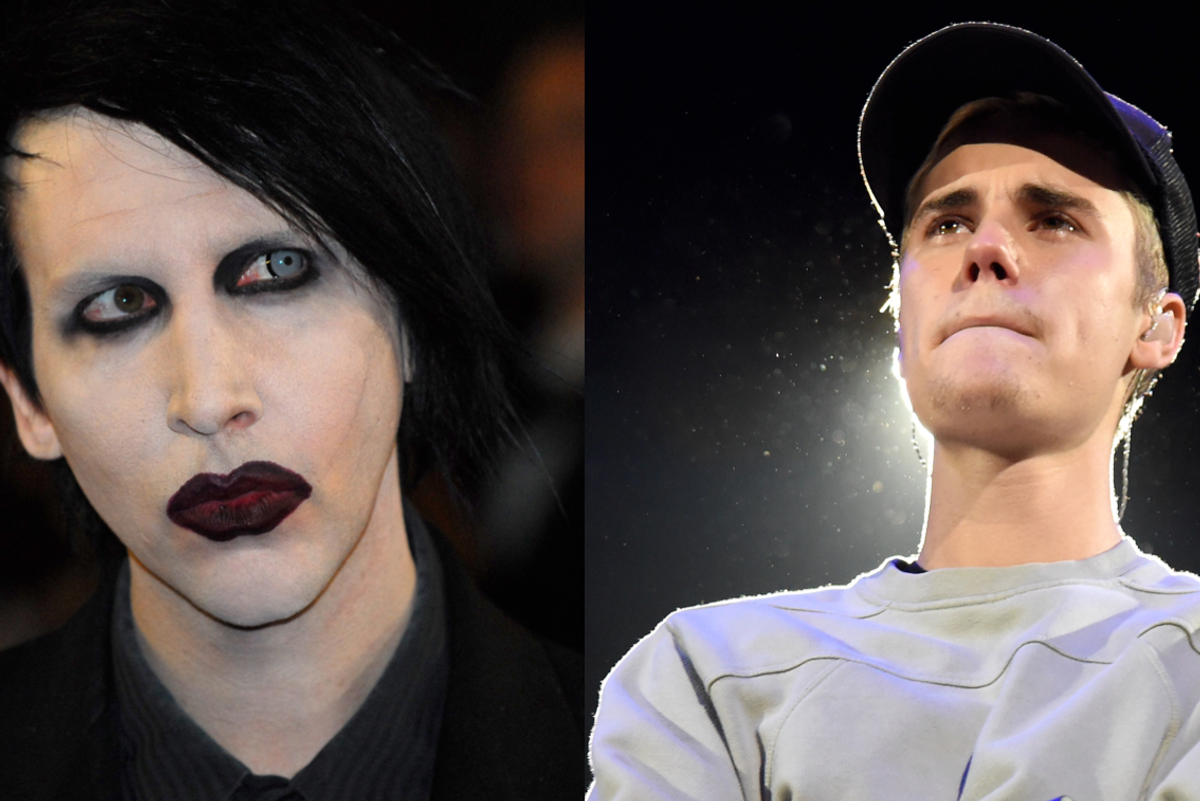 Marilyn Manson Is Not Feeling His Superfan Justin Bieber

Like many millennials (cc Lil Uzi Vert), Justin Bieber considers himself a Marilyn Manson stan — even going as far as to wear and subsequently sell the hardcore rocker's merch — but, as it turns out, the PAPER cover star does not feel the same. Not even a little bit.

In a new interview with Consequence of Sound, Manson addressed his relationship with Justin, calling him out for copying Manson's original merch as well as using his likeness without permission, and while he was there, he went ahead and clarified just how ridiculous he thinks the 23 year-old pop singer is. Rehashing their first meeting, Manson recalls how Justin informed him he had made the goth superstar "relevant again."

"He was [already] wearing the shirt that had his name on my shirt, and he said to me, 'I made you relevant again.' Bad mistake to say to me," Manson recounted, which is objectively a very ill-advised route to take when meeting a personal hero.

Asked for his final thoughts Manson did not hold back.

"He was a real piece of shit in the way he had the arrogance to say that,. He was a real touchy-feely guy, too, like, 'Yo yo bro!' and touches you when he's talking. I'm like, you need to stand down, you're dick height on me, ok? Alright? So stand down, son."