Famous fivesome Snow Patrol played sold out shows at New York City’s Beacon Theatre Tuesday and Wednesday nights. I’d never been to Beacon Theater before; hell, I’d never been to a show of any sort on the Upper West Side. Apparently, I’ve been missing out. The three-tiered landmark theater is covered in opulent gold leaf, and my date and I slipped into plush cushioned seats just in time to skip – I mean miss – opener Plain White T’s.

Snow Patrol took the stage at nearly 9:30, and everyone stood, cheering, clapping, and grabbing hold of the hand (or ass) of their significant other, because that’s the kind of show we were in for: a couples concert. The overly affectionate audience made me a little sick to my stomach, but, hey, they’re happy. What really pissed me off, as someone seated in row R of the the alphabetically ordered space, was the fact that the room decided to stand the entire time. Here we have decent seats to rest our feet in for once and this midget, even in heels, has to tiptoe to see the stage. Grumble.

But back to Snow Patrol, who remind me of Coldplay. Both groups are both somewhat tame, UK-based quintets (at this show, there were six to seven Snow Patrollers onstage at a time, taking into account special guests from Belle and Sebastian). Other similarities? Both bands are legitimately talented, but both are in love with themselves. Lead singer Gary Lightbody even went so far as to hold his arms straight out at his sides, rockstar-style, seemingly trying to channel energy from fans through his fingertips. You’re good, we get it. I have no doubt, however, that I am alone in this. Just ask the lovers to my right. Or to my left. Or behind me. Or, best of all, directly in front of me.

But the grandeur of the performance proved impressive. Some songs were accompanied by projected imagery -- included everything from snowflakes to synchronized marching astronauts to psychedelic splashes and swirls of digital confetti. I knew I should have gotten stoned first.

All in all it was a solid alt rock concert, complete with guitar switches and smoke machines. “Shut Your Eyes,” led to an encouraged sing-along, women pitted against men: top tier of the theater against middle tier against ground floor. Lightbody said after, “Can you do it again for me? ’Cause that was fuckin’ funny.” People also went wild for “Run,” which actually led to some sort of musical mishap. Towards the end of this ditty, Lightbody explained, “I don’t know what just happened there, but most of our stuff went absolutely haywire.” Something to do with the instruments. He promised they’d play it again later, though, and they did. 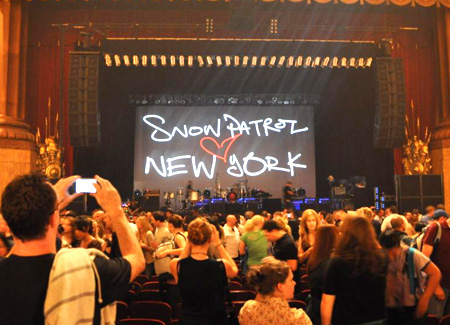 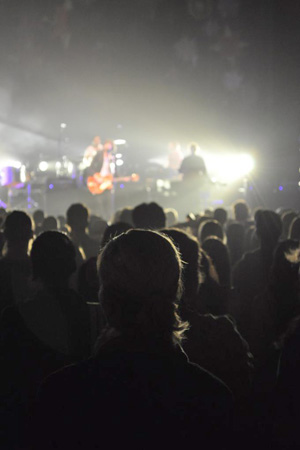 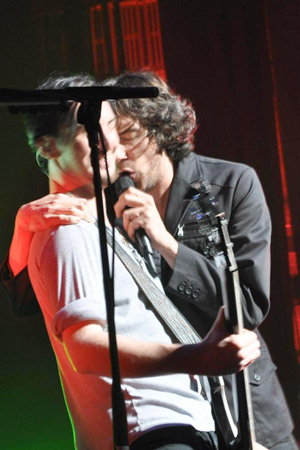 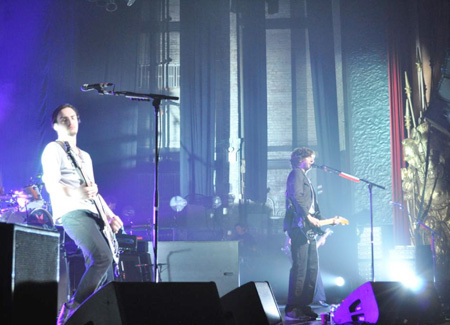 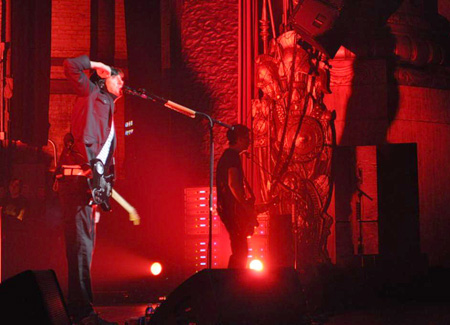 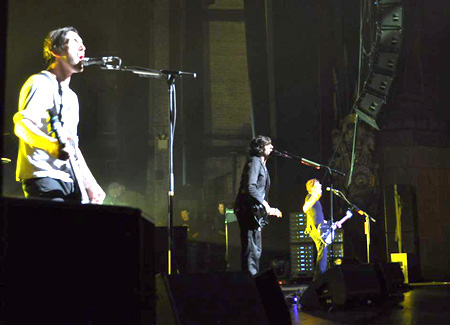 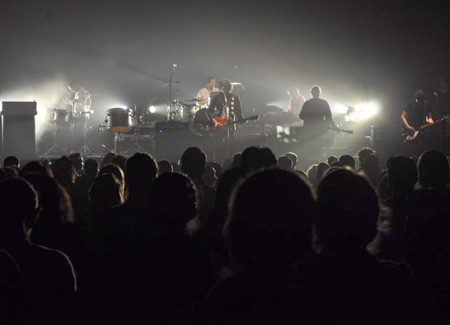 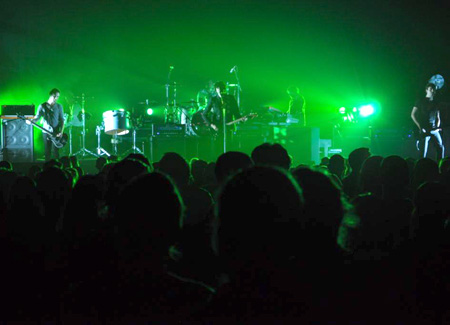 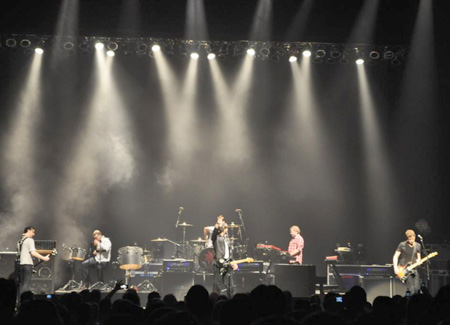 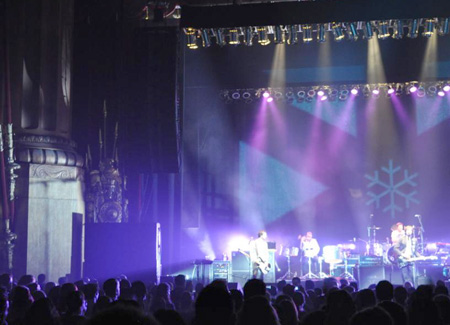 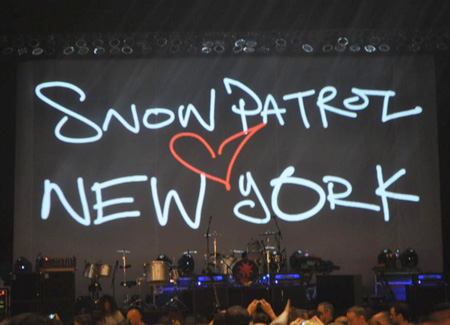