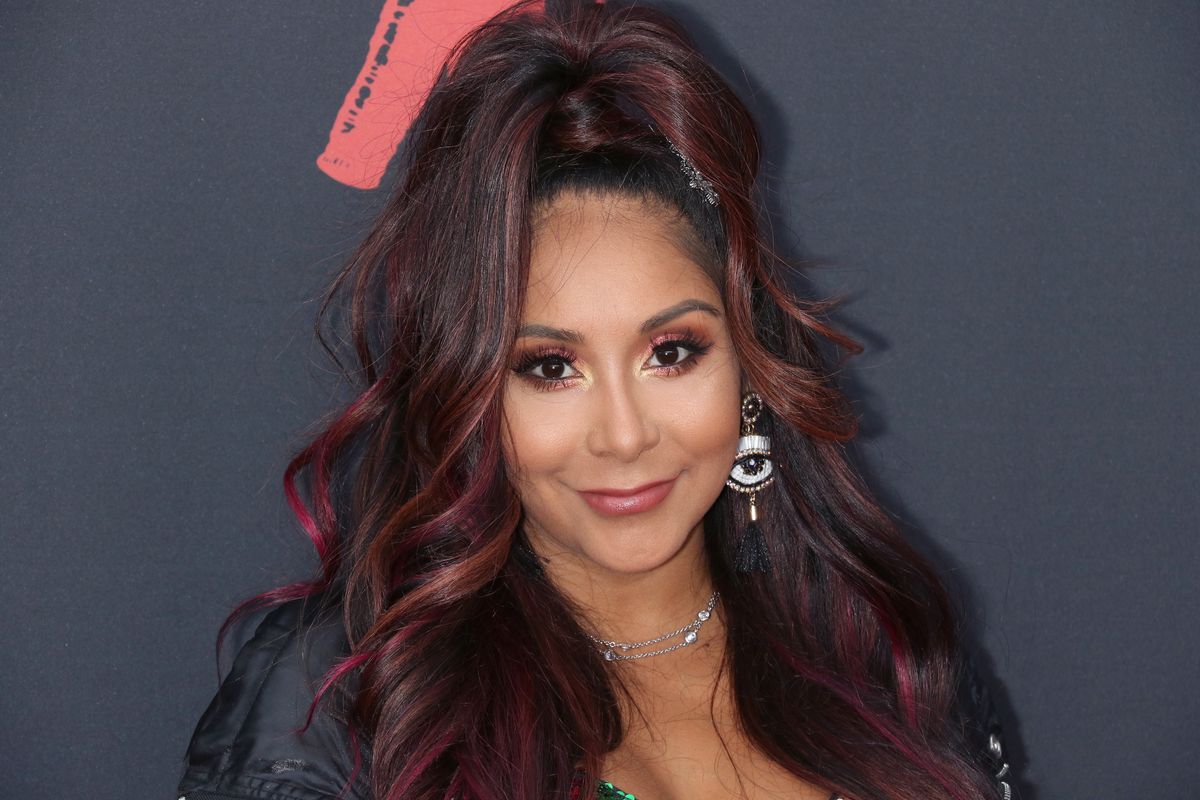 Snooki Is Retiring From 'Jersey Shore'

Since the year of 2009, over six seasons of Jersey Shore, Miss Nicole Polizzi AKA Snooki has filled our lives with joy, mess, gifs and perfect usage of the word "frickin." But she really "just can't do it anymore."

The MTV star announced on her podcast It's Happening with Snooki & Joey that she will be retiring from the iconic reality show.

Related | Rejoice! The Situation Has Been Released From Prison

"So here comes my breaking news... it's definitely a hard decision," she began. "I'm gonna throw up. OK, you guys, I love you so much and don't hate me for my decision, but I have to do what's best for me at the moment, and I am retiring from Jersey Shore."

Why, you ask? Six years of having your life and personality consumed as entertainment can really take their toll on a girl. Also, Snooki wants to focus on her kids. "Literally leaving my kids to film, it is really hard on me," she explained. Snooki has three kids with her husband, Jionni LaValle: baby Angelo, five-year-old Giovanna and seven-year-old Lorenzo.

The time away from them is no longer worth it to Snooki, now that the 32-year-old's realizing a never-ending frat party isn't what she wants. "I try and quit every single day... I don't like partying three days in a row. It's just not my life anymore," Snooki says.

She also doesn't like the direction the show is going in, as it gears up for a fourth season of Jersey Shore: Family Vacation.

Related | Snooki Is Still The Same Girl, and We Love Her For It

"Jersey Shore is about family and making fun of each other and having a good time and laughing and just knowing that it's all in good fun," she continued. "Lately, everything is so serious. It's not about a team anymore. Fans are against one another when it comes to a cast member. I don't want that. I'm not leaving my kids for DAYS on end to film this show when that's the result of it… It's supposed to be a happy, fun show and it's turning into a nightmare."

Or how she's been portrayed of late. Snooki mentioned she's been receiving death threats, and TooFab points out that the decision comes after a particularly ugly on-screen feud between Snooki and her co-star Angelina Pivarnick.

"I don't like the turnout of it and I don't like the person I'm being portrayed as and this is getting a little too much," she said. "32 years old with 3 kids and if I'm doing a reality show I want it to be fun and lighthearted and just lately it's not like that and the show is getting so dramatic and drama."

Snooki promises that she has no hard feelings against MTV, and wishes her castmates luck. Tragic as this is — and as soulless as a Snooki-less Jersey Shore will be — seems like this move is definitely for the best.

Listen to the full podcast episode below.