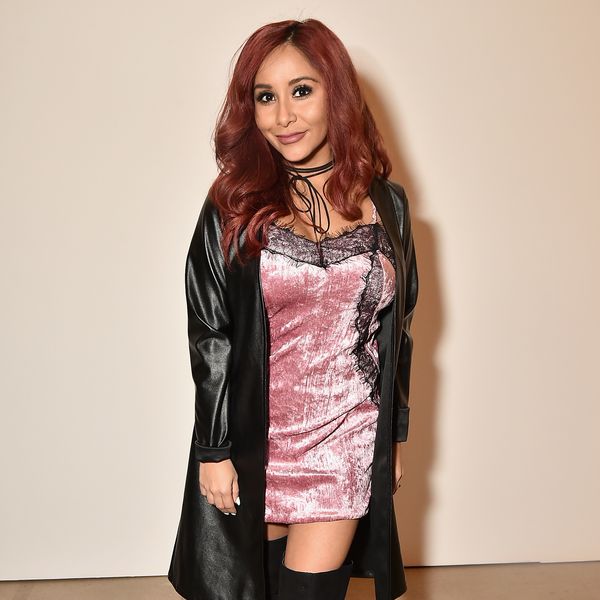 The Jersey Shore was, somewhat unexpectedly, a show that defined the mid 2010s. The cast's unapologetic hedonism and quirky catchphrases spread across the Internet like wildfire. Now, the cast is reuniting for Jersey Shore Family Vacation, a new MTV show set in Miami. Ahead of the premiere, Nicole Polizzi, commonly known as Snooki, spoke with Claire Stern at InStyle for their "Money Talks" series in which women, "get real about their spending and saving habits."

She told Stern that during the first season of the show, she was paid in gift cards, saying, "We would get $200 a week from the Shore Store. I had never gotten that much in a week, like, every single week, because you usually get paid every two weeks. That was crazy for me."

That's right. While the cast of Jersey Shore was influencing our generation's level of interest in gym-ing, tanning, and, yes, doing laundry, they were being paid $800 a month in store credit for the T-shirt store where they worked. Snooki is worth millions now though, and is a reality star icon, so we'd say she turned out alright.

The rest of the interview is marked by her characteristic charm and drive. She talks about taking car services because the last time she drove, she "hit, like, seven cars," and also mentions that she does her own taxes, has only two credit cards, and how she never wants to stop working.