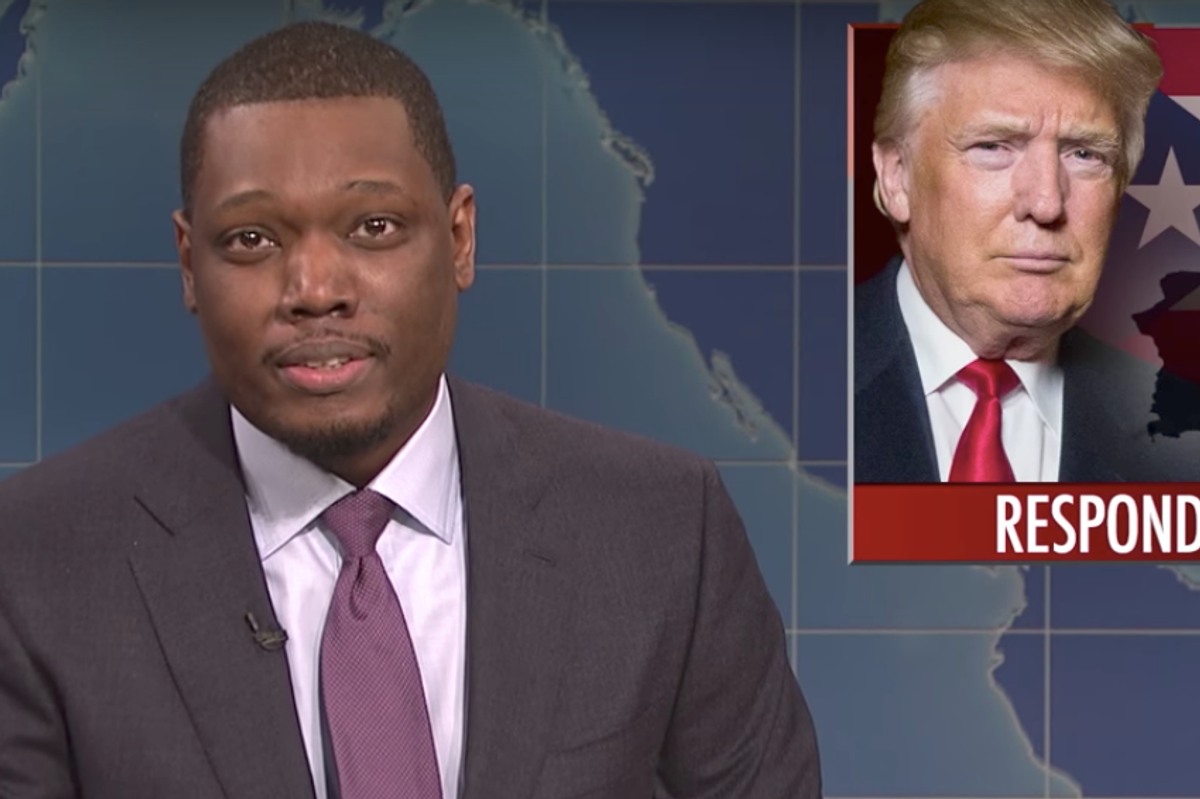 SNL returned last night for its new season and Michael Che did not come to play for his monologue during Weekend Update.

The comedian called out Donald Trump's response to the devastation brought by Hurricane Maria to Puerto Rico, calling him a "bitch" for tweeting about the mayor of San Juan, and a "cheap cracker" for failing to provide proper aid to the island.

Che also kept it real by comparing Trump's response to the hurricanes in Texas and Florida to his response to Puerto Rico, saying, "You just did this for white people twice. Do the same thing." He also added, "It's like when anybody darker than your golf pants has a problem, you're thinking: How can I make this worse?" We can't help but agree.

Watch the whole thing below: